After 11 years behind bars in Burma — nine in solitary confinement — human-rights activist Zin Mar Aung emerged from prison in 2009 to face a new obstacle: she couldn’t obtain a passport to travel overseas at the invitation of a small human-rights group. The government had released her from confinement, but continued to limit her movements.

That changed in 2012, when she discovered she’d won the U.S. State Department’s International Woman of Courage Award for her groundbreaking efforts to empower women in her country and beyond. Within days, Zin Mar Aung received her passport and headed for Washington, D.C.

But when she returned to Burma, authorities revoked her passport once again. When she informed the State Department, they assured her they’d just keep inviting her over, Zin Mar Aung recounted at a recent New America/Radio Free Asia event. They weren’t the only ones offering invitations; for the past six months, she has been a fellow at the National Endowment for Democracy, and just completed her tenure.

This week, Zin Mar Aung returned to Burma to continue fighting for human rights and women’s political empowerment. But if history is any indication, she may once again face opposition from the powers that be.

Zin Mar Aung’s story serves as an important reminder for all of us as we approach this year’s International Women’s Day: recognition helps. It’s true that in some parts of the world, taking support from American or Western governments can be a detriment to local activists. But we can’t forget that in many cases, our support can shorten prison sentences, galvanize broader humanitarian efforts and reduce torture.

We are most effectively persuasive when we recognize the voiceless, especially women activists who live in Burma and other Asian countries under strict authoritarian rule. While fighting for their rights, these fearless individuals must contend — at great cost to themselves and their families — with rigidly gendered social norms, negligible representation in government, disenfranchised civil societies and few legal protections.

In Laos, Cambodia, Burma and Vietnam, for example, the vast majority of ordinary women lacking family connections or wealth are grossly underrepresented in government and cannot access other key institutions that might substantially improve their lives and communities.

Read more: Where are all the women peacekeepers?

In Burma, even though Nobel laureate and iconic democracy activist Aung San Suu Kyi now holds a seat in Myanmar’s parliament, women hold less than 4% of the seats in that legislative body — a total of a meager 25 out of 652.

Women like Suu Kyi who have achieved name recognition in the West have a distinct advantage. Their high profiles span their home countries and the world, putting them and their families in a better position to avoid imprisonment and abuse. Their popularity also translates into widespread support, helping to advance their cause.

But how many of us have heard of Sivanxai Phommalath or Nurungul Tohti? Sivanxai Phommalath, from Laos, was detained for three months after protesting the totalitarian government’s unfair seizure of and inadequate compensation for her family’s property. Tohti, a Uyghur mother in China’s northwest, sought answers from authorities about the abduction and suspected sexual abuse of her son. Her campaign for information ultimately led to her being jailed.

And yet, these are the women who are fighting not only for women’s rights, but for the rights of all of the dispossessed. “We’re working for our whole community, our whole society,” Zin Mar Aung confirmed.

Asian women make up a rapidly growing group of activists fighting for their families and communities. They are factory workers whose pay has been withheld by human- and drug-trafficking gangs, mothers whose children have been kidnapped with the complicity of the police, and lawyers who refuse to accept political complacency. And many of them are under the age of 30.

“The younger generation has seen how their parents were incapacitated by the government and they don’t want to suffer the same fate,” said Binh Nguyen, M.D, the director of the Human Rights for Vietnam Political Action Committee. “Encouraged by the Arab Spring … they realize that they are able to reach out to the international community much more than in previous generations.”

Across Asia, this new generation is already rising up and taking its human-rights battles global, with the weapon of digital literacy in its arsenal. Take Vietnamese blogger and rights advocate Tran Thi Nga, who uploads videos of citizen confrontations with authorities to YouTube. Or the Umbrella Movement’s Yvonne Leung, a student leader who masterfully debated Hong Kong officials on live television. Time and again, these and other fierce women have demonstrated enormous media and web savvy to engage their fellow citizens and the world.

In observing International Women’s Day, it’s essential for the international community to meet these unsung Asian female leaders half way by recognizing their contributions. They play an enormous role as agents of reform who can help hundreds of millions of their fellow citizens. Action, in the form of international pressure and attention, is instrumental to their survival and success.

And yet, as Zin Mar Aung points out, government action is only part of the solution. Policies often exist only on paper. When Burma’s military government petitioned to be part of the Association of Southeast Nations, or ASEAN, in the late 1990s, it had to agree to certain gender-equity stipulations.

“They signed CEDAW, but they haven’t implemented it,” Zin Mar Aung said, referring to the international U.N. treaty, the Convention on the Elimination of All Forms of Discrimination Against Women. They founded a government-sponsored women’s organization — but put the wives of its despotic generals in charge of it.

“We need to empower and encourage women’s groups that balance the government-sponsored women’s organizations,” Zin Mar Aung declared. That empowerment should begin by sharing in these women’s struggles (and breakthroughs) through media and political channels.

It’s been over a century since International Women’s Day began at the turn of the 20th century and 20 years since Hillary Clinton made her “Women’s Rights Are Human Rights” speech in Beijing. As we take stock of how far we’ve come in the fight for women’s rights in all that time, we’d be wise to listen to — and wherever we can, amplify — the voices of the women who are fighting battles around the world every day. They are the ones who can identify the biggest holes in the fabric of justice.

Slaughter is the president and CEO of New America. Liu is the president of Radio Free Asia. This piece was originally published in New America’s digital magazine, The Weekly Wonk. Sign up to get it delivered to your inbox each Thursday here, and follow @NewAmerica on Twitter. 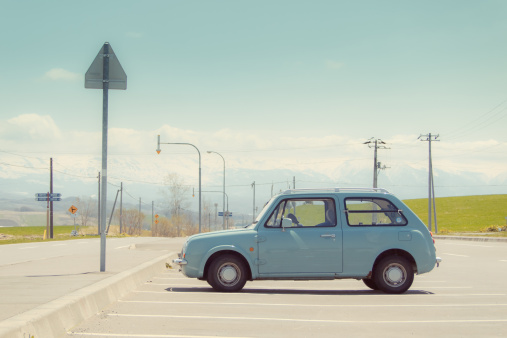 Are Cars Driving Into the Sunset?
Next Up: Editor's Pick