Review: Rebel Heart Is Madonna's Most Consistent Album in a Decade

The last decade of Madonna’s career is a testament to the power of thin lines: an inch of slippage, and even the most venerated and groundbreaking artists can tumble from pop’s vanguard to a zone somewhere in the back, fighting to catch up. After the commercial and critical debacle that was 2003’s American Life, she temporarily stepped out of the pop arms race, traveling backwards in time to revisit her days as a Lower East Side disco queen with Confessions on a Dance Floor. As a result, she regained some momentum. But when she attempted to rejoin the present with the chunky, rhythmically dense Hard Candy and cold, shiny EDM of MDNA, she received criticism that was disproportionate to the quality of the product. Rather than being celebrated for working hard to stay contemporary after nearly three decades of work, she was called desperate and calculating, assertions that often stunk of sexism. (Try to find examples of similar criticisms being leveled at Giorgio Moroder, or Nile Rodgers, or Paul McCartney.)

It was a reaction that disregarded the fact that she was simply doing what she’d done for every album she’d ever released: cherry-picking collaborators with the relevance and skill to match her songwriting and nose for trends, and attempting to forge a sort of synergy. But the narrative had been set, and handfuls of good songs — like Hard Candy’s “She’s Not Me,” a funky, strobe-lit romp that beat Daft Punk to the nü-Chic punch — were doomed to languish in relative obscurity. For a moment, it seemed like Rebel Heart, her 13th studio album, was going to be submarined for similarly non-musical reasons. When a huge batch of demos and sketches leaked at the end of 2014, she went nuts in response, comparing the leaks to “artistic rape” and “terrorism.” Given all the turmoil, it’s impressive — and a little surprising — that the final product is her most consistent album in a decade, and one that renders any hypothetical “bid for continued relevance” moot by remaining proudly scattershot. It’s an album that places more emphasis on Madonna the person than Madonna the sonic visionary, and it benefits as a result.

Of course, that doesn’t mean she’s completely eschewed the bleeding edge. About half of Rebel Heart lands somewhere between “contemporary” and “innovative,” with songs that evoke the frenetic uncanny valley pop of PC Music, Kanye West’s serrated and menacing Yeezus and Avicii’s country-EDM fusion. (West and Avicii both appear on the album via writing and production credits; Diplo, enigmatic UK producer Sophie, and indie darling Ariel Rechtshaid are also among the small army of collaborators.) Single “Bitch I’m Madonna” manages to somehow pull from all three, and the result is a glorious mess, a whirlwind of unexpected texture and silly sound. But staying ahead of the curve isn’t the album’s ultimate goal, and there are just as many songs that land with surprising delicacy: simple folk guitars, churchy piano melodies, and arrangements that recall the soft, intimate sweep of 1994’s underrated Bedtime Stories. The album presents two faces, neither of which are designed to stand alone: the #1 Baddest Bitch out for sex and blood (“the Rebel”) and the vulnerable veteran reflecting on love, life, and difficult choices (“the Heart”). And while the songs in the former group are great fun, because nobody can poke fun at Madonna like Madonna — the repeated snarl of “Bitch, get off my pole” on the lurid “Holy Water” is funnier than every Twitter joke about her tumble at the BRIT Awards put together — the latter ones are the true stunners.

They’re rich in the same reckoning with faith, sacrilege, and love that have marked Madonna’s work for three decades, but there’s a new and palpable fatigue to the writing and performance. Her voice sounds great, light and a little worn around the edges; it bears the weight of a full love, of love won and lost, real pain and real joy. On highlights like the gentle “Joan of Arc” and weightless fantasy “Body Shop,” she sounds a little like a mother tucking into an old story at the kitchen table, running through the decisions she’s made and the paths she could’ve taken: her years of purposeful provocation, the isolation that stems from defiance, the fight to accept imperfections within yourself. There are albums where it’s been difficult to remember that Madonna is a real person and not just a figurehead, a concept, a lightning rod. That’s not the case with Rebel Heart: it has surprising gravity, and doubles as a portrait of a lion approaching the winter of a career without precedent. It’s the realest, and the best, Madonna has sounded in quite some time.

Read next: The Time Madonna Almost Quit Music for Good 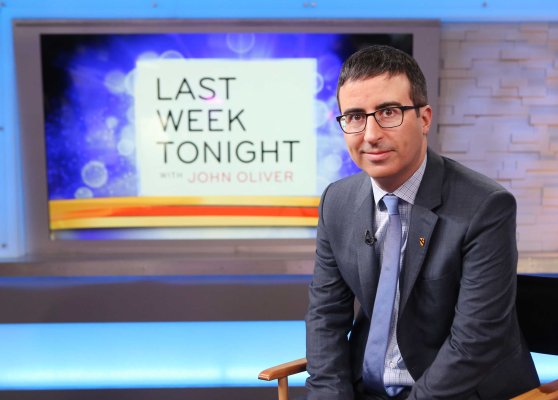