NCAA Penalizes Syracuse and Its Basketball Coach After Probe

The NCAA on Friday suspended Syracuse basketball coach Jim Boeheim, stripped the school of 12 scholarships and ordered that 108 wins be vacated following an investigation into the school’s athletic program.

“Over the course of a decade, Syracuse University did not control and monitor its athletics programs and its head men’s basketball coach failed to monitor his program,” the NCAA said in a statement.

The NCAA began its investigation in 2007 when Syracuse reported potential rule-breaking in its athletic program. Violations dating back to 2001 included academic misconduct, a failure to adhere to drug testing policies, benefits to players like academic assistance and booster activity that violated NCAA rules.

The university decided that the men’s basketball team, which has a record of 18-12 this season, will not participate in any postseason games this year, including both the ACC tournament and the NCAA tournament. Though the school will be allowed to keep its 2004 National Championship, it must give all the revenue earned during NCAA tournaments from 2011 to 2013 back to the NCAA.

The investigation found that Boeheim was guilty of promoting an atmosphere that allowed players to violate the rules. He will sit out for the first nine ACC games of the 2015-2016 season. Boeheim did not immediately comment to ESPN on Friday.

Boeheim was just 34 wins away from 1,000 career wins, a milestone only achieved by Duke Coach Mike Krzyzewski. With the loss of 108 wins, he falls to sixth place on the all-time list. 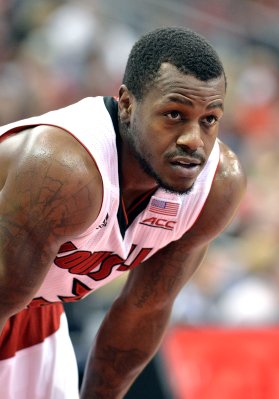 Chris Jones Pleads Not Guilty to Rape, Sodomy Charges
Next Up: Editor's Pick