The joke may be on comedian Louis C.K. this time around.

Louis C.K., a celebrity comedian, who’s real name is Louis Szekely, is Pig Newton’s sole owner, and the company employs him and Louie’s cast and crew under a collective bargaining agreements with the International Alliance of Theatrical Stage Employees, Moving Picture Technicians, Artists and Allied Crafts. Those agreements require the company to make contributions on behalf of its covered employees to plans that provide pension, retirement, and health benefits to 55,000 individuals who work in the entertainment industry.

In 2013, those plans demanded that Pig Newton pay $28,000 plus damages for time logged by Szekely, who’s best known for his stand-up comedy specials and Louie, a TV comedy in which he plays a fictionalized version of himself

Thursday’s ruling stems from the production company’s attempt to block that claim. It filed a lawsuit against the directors of three union-affiliated benefit plans in October 2013, arguing that the $28,000 figure was too high since it was erroneously based on Szekely’s status as an employee-owner of Pig Newton. The production company said that the sum instead should have been calculated based on the time Szekely spent actually editing—a duty that accounts for just 15% of his working hours on the show, according to court documents.

If district court Judge Katherine Polk Failla in the Southern District of New York is a fan of the comedian’s work she didn’t show it on Thursday. She ruled that because Szekely is the “controlling employee” of Pig Newton, the company must make full-time contributions no matter the number of hours he actually worked. “Controlling employee” provisions are included in the collective bargaining agreements at issue in this case to ensure that employees in charge of their own hours wouldn’t manipulate their schedules so they received the maximum amount of benefits while making the lowest possible contributions, according to court documents.

Lawyers for Pig Newton and the union benefit plans did not immediately return a request for comment.

By April 10, the directors of the benefit plans will file an analysis stating what Pig Newton owes for its unpaid contributions. 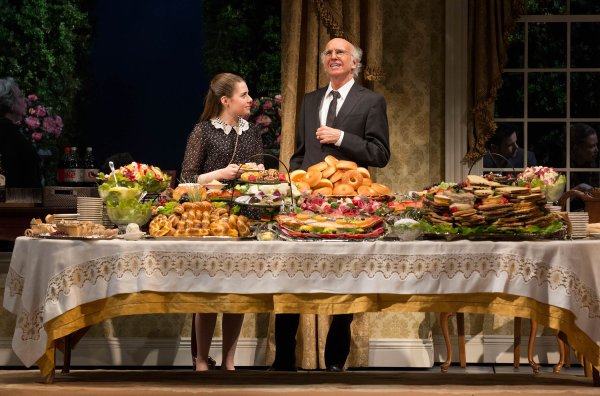 Review: Curb Your Enthusiasm for Larry David's Fish in the Dark
Next Up: Editor's Pick