4 Ways to Make a Real Change Without Huge Investment

In India, 600 million people live in rural communities, where agricultural instruction is essential. For decades, the Ministry of Agriculture would broadcast how-to videos, but they weren’t specific to the vast cultural and ethnic differences within India. The one-size-fits-all approach did not translate across the different farming communities.

Enter Rikin Gandhi, who tackled this problem from a radically different angle with the creation of Digital Green, a non-governmental organization (NGO) that gives phones, handheld cameras and videography training to farmers from different rural villages all over India, enabling them to create low-cost, how-to videos on farming strategies and techniques.

The next step was creating Farmerbook, a social media platform that hosts the how-to videos and allows farmers from all over India to connect with one another. (So far, the platform hosts more than 2,600 videos in 20 languages.) Since many farmers don’t have Internet access, Digital Green also tours the country to offer local screenings.

Gandhi helped create a tailored educational program that serves the diverse needs of India’s huge rural population by spending even less money than the government.

4 Ways to Make More with Less

Below are four key lessons to make real change without a huge investment by tapping into today’s connective possibilities.

1. Don’t rely on top-down approaches to problem solving. The best way to help people is to tap into the knowledge already available and think of ways this knowledge can be spread. Cheap technology, like smartphones and handheld video cameras, means lower production costs. The sometimes-out-of-touch authorities no longer have the monopoly on information. In India, Digital Green has been far more successful than the existing government-sponsored program. In fact, when compared with the educational farming tools offered by the government, for every dollar spent, Digital Green has persuaded seven times as many farmers to adopt new practices.

2. Listen to feedback to see where you can create more connection. This is marketing 101: Listen to your customers. But ask yourself if you are really open to hearing the needs of your clients, even if they may be about something you don’t normally do. Sometimes we filter when we listen, having a preconceived notion of what our product is and how we can be of service, but new connections are made and new companies are launched when we listen openly. Gandhi offered the farmers a needed product — the videos — but he didn’t stop after the product was delivered. He listened and realized that the first question always asked was not about the farming techniques, but about who the farmers in the videos were. This led him in a whole new direction, fulfilling the need for connection, with his creation of Farmerbook.

3. Look for where your product can be used for something other than its intended purpose. Look at where the product you already have could serve a different need. This is the beauty of open source data collection. Farmerbook was collecting all sorts of data about which farmers adopted different practices in which districts, valuable information for agricultural NGOs. Now data collected by the project and Farmerbook is saving money for NGOs by tracking the effectiveness of the projects they manage and making appropriate, informed changes to those that aren’t working.

4. Turn failure into opportunity. Rikin Gandhi didn’t go to India to create Farmerbook or Digital Green. He had no intention of building a video catalogue to help farmers. He went there on a proposed biofuel business venture. But the key to his story is that Gandhi learned valuable lessons even in the midst of failure. His eyes were open to learning about the culture of rural India, and even though his original purpose failed, he was exposed to something that led to success in another arena. In a country as large and diverse as India, it makes sense to connect those who live in similar climates and who speak the same language — they can benefit from each other’s wisdom. Gandhi wouldn’t have been able to help that problem if he hadn’t taken lessons from a failure and transformed them into the seeds for a truly breakthrough idea.

Erica Dhawan is the CEO of Cotential and keynote speaker driving innovation across generations and cultures to prepare the global workplace for tomorrow. Order her new book: Get Big Things Done: The Power of Connectional Intelligence by Erica Dhawan and Saj-nicole Joni.

The Young Entrepreneur Council (YEC) is an invite-only organization comprised of the world’s most promising young entrepreneurs. In partnership with Citi, YEC recently launched StartupCollective, a free virtual mentorship program that helps millions of entrepreneurs start and grow businesses. 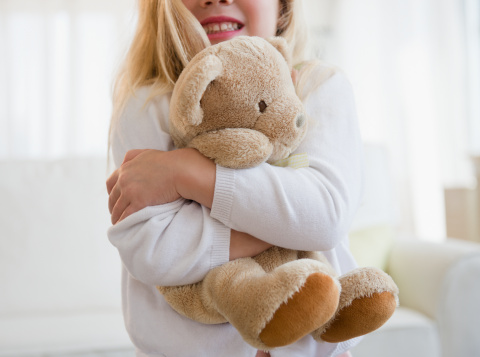 How a 15-Year-Old Started a Booming Babysitting Business
Next Up: Editor's Pick