Review: It's Nature vs. Torture in Neill Blomkamp's Chappie

Why did Neill Blomkamp decide to give the robot hero of his artsy-violent new sci-fi film the name Chappie? Because, as my brother Paul William Corliss Jr. could tell you, Chappie is an alternative nickname for a boy with the same name as his father — like Bud, Chip, Tad or Deuce.

The South African director’s movie, set in a grungy future Johannesburg, is also a descendent of his debut feature District 9, which in 2009 wowed the world of critics (like this one) and audiences ($211 million worldwide box office on a thrifty $30-million budget). An Apartheid parable disguised as a alien-settlement thriller, District 9 was both a wondrous achievement on its own and a promise of greater things from the 29-year-old Blomkamp.

It didn’t quite happen that way. He got lost in the political thickets with his second feature Elysium, an affectless tale of Obamacare in outer space that wasted the glamour of its stars, Matt Damon and Jodie Foster. Now Blomkamp, back home in Joburg, finds new ways to go off the cinematic rails with Chappie.

In the very near future — 2016 — the law is enforced by a team of “Scouts,” police robots created by techno-genius Deon Wilson (Slumdog Millionaire’s Dev Patel) for the TetraVaal company run by Michelle Bradley (Sigourney Weaver). When Michelle nixes his plan to extend the machines’ consciousness to human capacity, Deon steals a trashed robot, works his computer magic and, ta-daah! The creature comes to life with an infant’s readiness to assimilate experience and to become, perhaps, more human than human.

That was the phrase applied to the “replicants” from the 1982 Blade Runner, one of dozens of science fiction stories — Short Circuit, RoboCop, A.I.: Artificial Intelligence, ad almost infinitum — that Blomkamp and co-screenwriter Terri Tatchell (his wife) borrow from without managing to enrich their own story.

Chappie has the kernel of a good adventure in the interoffice rivalry of Neon and Vincent Moore (Hugh Jackman, in a rare pure-villain role), a TetraVaal employee who has proposed a rival force of huge, galumphing, man-operated tanks called Mooses. The bubbling of tension between the two men and their clashing views of policing — liberal vs. totalitarian — could inform a taut, brisk allegory punctuated by fabulous scenes of stuff blowing up and suppurating in the hallowed District 9 tradition.

Instead, Blomkamp handed over his picture to a couple of radically unappealing musicians: the tattoo-slathered Ninja (real name: Watkin Tudor Jones) and the grimy blond Yolandi ViSSer (Anri du Toit) of the South African rap-rave group Die Antwoord (Afrikaans for The Answer). Using their stage names as their character names in the film, and playing a pair of gangstas in urgent need of big money, they hijack Neon and compel him to let them tutor his inchoate robot to fulfill their criminal schemes. The movie wants to explore a nature vs. nurture scenario, but it’s closer to nature vs. torture.

In submitting Chappie (voiced and performed by Blomkamp regular Sharlto Copley) to a rough form of surrogate parenting, Ninja is the cruel, ignorant stepfather figure — “You gave me a retarded robot,” he shouts at Deon — who outfits the creature in bling and teaches it the hostile arts of tossing knives and ninja stars. Yolandi is the borderline-doting mother who gives the creature its name when she notes, “You’re a happy chappie.” And where is Deon, Chappie’s loving, protective maker? Oh, he goes back to work and leaves his charge in the care of these miscreants.

This is just one of many plot implausibilities that occupy the movie’s middle hour and test the audience’s threshold of pain. Finally Blomkamp remembers that he has secured the services of Hugh Jackman, an actual movie star, and summons him to grace a climax that makes no more sense than the rest of Chappie but does have some redeeming explosions.

A few good things. First, there’s a scene set in the Ponte City Apartments (now called the Vodacom building), a 54-story cylinder that Blomkamp briefly transforms into Ninja’s own Thunderdome. That’s about it. On the weird side, the movie takes place in South Africa’s largest city, with a teeming multiracial population; yet it has fewer roles for black actors than Disney’s new live-action Cinderella. Blomkamp has reimposed Apartheid on his own movie.

The Chappie robot, designed without a face that could convey emotion to the viewer, tries to make up in chattiness what it lacks in winsomeness. “I can’t shoot peoples,” he protests to Ninja, in a moment that underlines the creature’s similarity to a certain bumbling Gungan from The Phantom Menace. Chappie might have been an E.T. or a WALL•E, but he falls victim to what even George Lucas might recognize as the Jar Jar Jinx.

Incidentally, the nickname for a boy with his grandfather’s name but not his father’s is Skip. Which is what Neill Blomkamp admirers, and my brother Paul Jr., should do with Chappie. 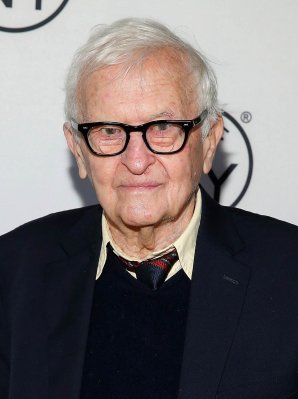 Remembering Albert Maysles, A Filmmaker Unafraid to Probe Darkness
Next Up: Editor's Pick