What will the first Rihanna album in nearly three years sound like? Your guess is as good as anyone’s. Pop music’s most prolific supplier of club-bangers subverted expectations by going acoustic and teaming up with a Beatle on “FourFiveSeconds,” and now, judging by two new Instagram clips of a song called “Higher,” it seems she’s spent the past few years curled up with some 20th century classics (or at least Christina Aguilera’s Back to Basics).

“Let’s pour a drink babe,” a raspy-voiced Rihanna sings over swelling strings, “I hope I ain’t calling you too late.” Of course not, Riri — even after all this time, it’s never too late for a house call.

Especially when she’s got more than one album in the works: in addition to her eighth solo record, she also curated the soundtrack to the animated movie Home, which she has a starring role in. Fans already heard one song from the compilation (expected to feature Charli XCX, Kiesza and Jennifer Lopez), “Towards the Sun,” and now they can hear a non-Instagram preview of another track, “Dancing in the Dark,” which sounds much more like the Rihanna we’re used to. 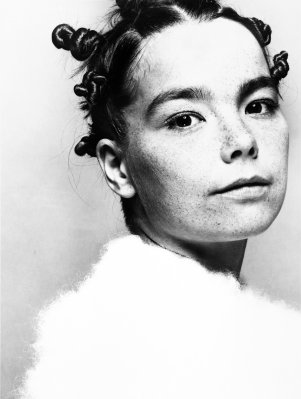 Björk Is Your Tour Guide: An Exclusive TIME Interview for Her MOMA Retrospective
Next Up: Editor's Pick