8 Ways to Get People to Listen to You

Answer by Howie Reith on Quora.

While definitions may vary, when I think of nagging, I tend to think of giving passive-aggressive orders for someone else to do something, repeatedly. That being the case, I might suggest the following.

1. If it is important to you that this get done, is it something you can just do yourself? Why are you not doing it yourself? I’m not saying there isn’t a good reason, but I think it’s important to have a reason why you are demanding someone else do something that they apparently consider less important than you do.

2. Are you asking for it directly? “Hey, I’m busy washing the dishes, can you take the trash out?” This is better than “you never take the trash out” or “have you cleaned your room yet?” You probably aren’t, and I know why you aren’t — because directly asking for something risks a “no” or a confrontation, and it also puts them on an equal level to you, while nagging implies moral and social superiority. Lose the pride; it’s killing your relationship.

3. Openly share your feelings and acknowledge that they are just your feelings, which are based on your perception of things, which could be flawed. It is important that you acknowledge their desires, because they are every bit as important as yours. “Hey, I’ve been feeling uncomfortable with how we’re managing the chores and I’d like to hear how things are from your perspective, and see if we can’t work out a new plan.”

4. Is the thing you’re nagging about actually the thing that’s bothering you, or are you nagging about this thing because there is a bigger problem that you don’t feel comfortable talking about? I.e., you are nagging him about the dirty fork in the drawer because you aren’t feeling as emotionally connected to him as you used to, but you don’t know how to talk about it. If there is a bigger issue, bring up the bigger issue.

5. Nagging is implicitly a lack of trust. The act of nagging assumes that the person needs to be scolded and monitored or they will not do what needs to be done. Instead, show them some respect. Work out a plan and give them a good reputation to live up to, and compliment them when you appreciate stuff they’ve done. Sincerely. People pick up on cues and feel a natural pressure to behave as people expect them to behave. By nagging them, you are indicating you expect them not to do the work. You are also attacking their self-esteem and tearing them down. You’re being rude and callous to their feelings, so why should they be sensitive to what you want? Respect them and assume they are going to do what is necessary, and if they don’t think it is necessary, then hear them out.

6. Stop keeping score. Sometimes couples keep track of mistakes or annoying things their significant other commits. This is used as ammunition in the next fight to win moral superiority and capture “territory.” If this describes your relationship, stop. Stop keeping score. Stop preparing for the next fight. Forget about bad things and emphasize good memories. You only need to talk about big issues.

7. Explain why you are asking for something. Stop giving orders. They’re an intelligent human being. You can persuade them to understand why doing something is in their best interest, as opposed to insisting they do it just because you’re saying to, and you will nag more if they don’t. Otherwise it’s a relationship built on threats, and it’s only natural for them to resist your authority.

8. If they are unwilling to talk about problems, alter their habits, or show any sensitivity to your needs, then you should leave. Clearly the two of you have very different values and it is a path of frustration. Leaving the relationship is an option, though I would only suggest taking it if they are truly unwilling to work with you on all of this. Yes, nagging is a bad way to be dealing with problems, and it’s immature to be doing it, but the other person isn’t wholly innocent. They haven’t taken any measures to resolve the nagging situation either, and I don’t just mean by acquiescing. You’re both going to have to work out a solution.

In short, respect them more, give them a reputation to live up to, trust them, and explain to them why it is important to you and worthwhile for them.

This question originally appeared on Quora: How do I quit nagging? 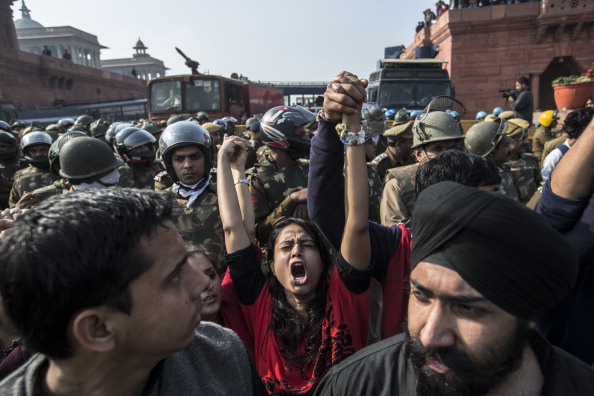 Five Best Ideas of the Day: March 6
Next Up: Editor's Pick