Bad news for those awaiting Apple’s rumored 12.9-inch iPad — you’ll have to wait even longer.

Apple has told suppliers to delay the iPad’s mass production from the first quarter of 2015 to the second half of the year, the Wall Street Journal reported Thursday, citing people familiar with the matter. Apple hasn’t officially announced the bigger iPad, which would be its largest ever, but several leaks from the supply chain have suggested since last fall that the “iPad Air Plus” or “iPad Pro” is in the works.

The delay will reportedly allow Apple more time to finalize the iPad’s design, which may include USB ports and better synchronization software as Apple tries to break into the fast-growing enterprise market.

Apple’s tablet sales have struggled lately, with 2014 marking the first year in which worldwide iPad shipments declined, according to a report by IDC. But it’s not just Apple: the global tablet market has seen a “massive deceleration” in growth as big-screen smartphones cannibalize tablet sales, IDC said. In other words, the number of tablets shipped worldwide is still going up—but less and less each year. 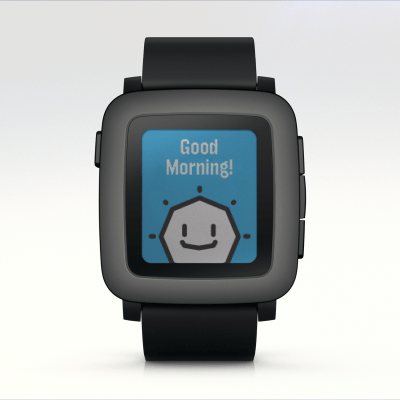 The Pebble Time Smartwatch Is a Massive Leap Forward
Next Up: Editor's Pick