A New Jersey man who was burned by a plate of hot fajitas while dining at Applebee’s can’t sue the restaurant over his injuries, according to an appellate court.

Hiram Jimenez took the chain restaurant to court because he said his waitress failed to alert him that his meal was hot. After being served, the court ruling says he bowed his head to pray over the crackling plate, and some oil popped and burned his face. Jimenez says he then panicked and knocked the plate in his lap, causing more burns, none of which resulted in scars, according to court records.

He filed suit seeking damages on the grounds that he suffered “serious and permanent” injuries “solely as a result of (Applebee’s) negligence when he came in contact with a dangerous and hazardous condition, specifically, ‘a plate of hot food’.”

A trial judge dismissed the suit, finding Applebee’s had no duty to warn Jimenez “against a danger that is open and obvious” like a sizzling hot plate of fajitas. Jimenez appealed, but an appellate panel confirmed the lower court ruling, saying Applebee’s can’t be held responsible because the hot food posed an a risk that should be “self-evident” and thus “approached with due care.” 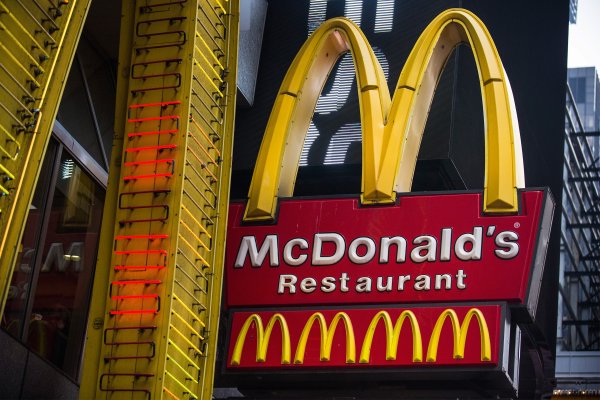 Why This New McDonald's Lawsuit Could Be Big Trouble for Fast Food
Next Up: Editor's Pick