The Pebble Time Smartwatch Is a Massive Leap Forward

Sitting in the TrustedReviews office, I stared in amazement at the Kickstarter page for the Pebble Time as it rapidly soared past its funding goal in a matter of minutes. Now I’ve got to play with the Time, I understand why there was all that excitement – it’s a massive leap forward from the original Pebble smartwatch.

The big change is the more streamlined design, which actually reminds me a little of Swatch watches. It’s smaller and more elegant than the first Pebble and the more neutral look means it’s truly unisex. It’s also waterproof to 5ATM, so you take it in the shower and even go swimming with it.

It’s light as well. I strapped one around my wrist and it’s neither as cumbersome nor chunky as most Android Wear watches I’ve tried. It’s not really a watch you’d imagine someone sitting in a business meeting with, though. The plastic body gives it a more playful look, but Pebble now has the Pebble Time Steel to cover the more serious watch-wearing demographic.

The 22mm silicone straps are surprisingly comfortable and use a new quick-release strap, so you can use other similarly sized straps to mix the looks up. At the moment, there’s not a massive amount of color options for the straps and watch bezels at launch. There’s red, white and black, but I did get to see one with a purple strap, so this may expand.

For a battery top-up, you still need a charger that magnetically connects to the left of the watch. No change there.

Pebble has made the rather radical move, though, to swap its trademark monochrome display for a color one. Crucially it’s stuck with the same E Ink technology, so you still get good visibility and less drain on the same 5-7 days of battery life offered by the original and the Pebble Steel. I moved through the interface using the buttons on the side of the screen and had no problem viewing the screen. The true test will be taking it outside in the sunshine though.

The last big physical change lies around the back. When Pebble launched its latest Kickstarter campaign, it made some vague reference to connecting sensors to the back of the watch to add extra functionality. Now it’s confirmed that it will support smart straps, which can connect to what looks like charging pins to add heart-rate sensors or even support for NFC payments. Pebble’s opening the platform to developers, so it will be interesting to see whether there’s an appetite to make these smart straps and what interesting uses third-party companies will come up with.

Before the Pebble Time was announced, Pebble’s CEO Eric Migicovsky spoke about the dramatic overhaul of the software. According to Pebble, user feedback suggested people were complaining of a constant stream of notifications, so now it’s come up with something that reduces that overload and only gives users information they need at that exact moment.

It sounds a lot like Android Wear and it works in a similar way. You still have all the smartphone companion features as normal, but now you’ll also be able to see what’s coming up in your day, whether that’s meetings or events. Unlike when you dismiss notifications in Android Wear, you can go back 24 hours on the Pebble, in case you missed an email from the previous day.

Pebble is also adding voice support, but it’ll only be used for recording voice memos and offering quick responses to texts or leaving a message when you’ve rejected a call.

If you compare the Pebble Time to the original Pebble, it’s like night and day. It’s better looking, it now has a colour screen and the new smart strap feature has the potential to make this the most versatile smartwatch around.

I’m beginning to see why Pebble has been able to fight off Android Wear and other rival platforms, because it’s listening to what its users want. And I think those loyal users are going to be very happy with what the second-generation Pebble has to offer. 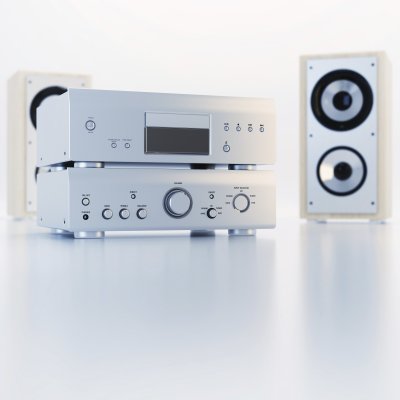 How to Get Bluetooth to Actually Work
Next Up: Editor's Pick