Seizure-Detecting Smartwatch Could Save Lives

The Empatica Embrace has the features of many other smartwatches: it can, for instance, monitor your activity levels and sleep patterns by keeping an eye on your skin conductance levels. But it can also do something most watches don’t: send out an epilepsy alert.

Paired with a smartphone app, the Embrace can alert another person when the watch wearer is having an epileptic episode or any other kind of disruption in the sympathetic nervous system.

“Seizures can seriously hurt or even kill people,” says Rosalind Picard, a professor at the MIT Media Lab who helped develop the watch’s technology, “and we need an alert to intervene.”

The watch, designed by a Milan- and Cambridge-based team, uses stress levels combined with physical movement to detect epileptic attacks. The watch’s wearers may opt-in to have their anonymized data used for medical research.

The watch raised $596,000 on IndieGogo, more than five times its original goal.

Correction: The original version of this story incorrectly described a feature of the Empatica Embrace. It does not measure users’ heart rate. 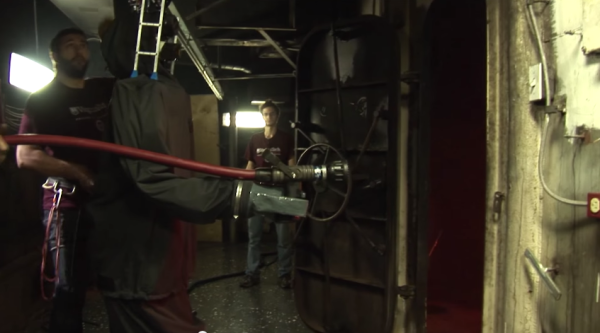 This Firefighting Robot Will Save Our Lives One Day
Next Up: Editor's Pick