New York City’s museum of modern art wasn’t designed to readily accept the life’s work of Björk Guðmundsdóttir–a trait it shares with most of the world. So when curator Klaus Biesenbach set out to exhibit the Icelandic iconoclast’s voluminous portfolio of visual and sound art, he had to modify the building. To accommodate the bass notes in a specially commissioned video for “Black Lake,” a song from Björk’s latest album, Vulnicura, “we had to build a new floor,” Biesenbach says, “to keep our Picassos from falling off the walls.”

The installation at MOMA, on display from March 8 to June 7, spreads over three floors, encompassing the photographs, music videos, costumes and custom-made instruments that have helped make Björk, 49, a singular pop presence since she emerged from Iceland with the Sugarcubes in 1987. Biesenbach pursued the singer for five years before she agreed to the retrospective. “It’s tricky for a musician to be in a visual museum,” she says. “To take someone on a musical journey, like a musician’s development, how you change in 20 years’ time. That’s the experiment.”

Despite her hugely influential catalog of music and her collaborations with some of the most respected artists in film and photography, Björk is still most widely known for what she wore to the 2001 Oscars ceremony. When she sat with TIME to talk about some of the images on display at MOMA, we asked if her notorious costume would also be there. “The swan dress? Yes–with the eggs,” she says. “They were almost going to put a red carpet, but then somebody talked us out of that.” Here, Björk weighs in on the most arresting elements of her visual biography that made the cut.

From a bear to a black lake, Björk’s take on her career in images

1. “When [Michel Gondry and I] first met, we did a song that was a little bit about my childhood. It took me 10 years to work it out that we had almost similar moms and really similar childhoods. All the videos we’ve done, they’re always about my childhood, nostalgic in a way.”

2. “I pretty much walked into a relationship between Nick Knight and Alexander McQueen. They had already done a few images that were quite feisty. For a lot of people, this image passed off as a Japanese thing, but we were trying to make up a person that was from every culture. I didn’t come up with this. It was Alexander McQueen’s idea.”

3. “I was 27 when this was taken. It’s when I moved to London. I was a bit crazy, a single mom. And I found that all the people who were exciting me musically were living in London. That white fluffy mohair, like a bomber jacket, I wore all the time. Very rave.”

4. “This song is about where love and lust meet. It’s in heaven, so everything has to be white. [Chris] sent me a treatment where he included all this work he had done on robots, and he’s like, ‘I think these two could meet.’ It took a year, but he showed me this, and it was next level.”

5. “I’ve got a really amazing relationship with Inez and Vinoodh, who I’ve worked with for 17 years. I’m able to mirror myself in them. I asked for a big orange Afro, and I asked if we could bring crystals. I just made up this nutty music teacher who’s trying to unite music and nature.”

6. “For me, this photo is very much about forgiveness. What’s nice about [the spines] is that they’re very light, very easy to wear. I also like that it connects with something quite spiritual or saintly. A lot of saints through the ages, their theme is if you manage to forgive, it’s liberating, the only way to salvation. And it’s between you and yourself at the end of the day.”

7. “Andrew Huang came to Iceland, and we were looking for this scene, trying to find cliffs shaped like a wound so I could be inside the wound. Iris van Herpen designed this dress that is metallic and kind of like lava. The story is told in the landscape. And then we try for some healing and liberation.” 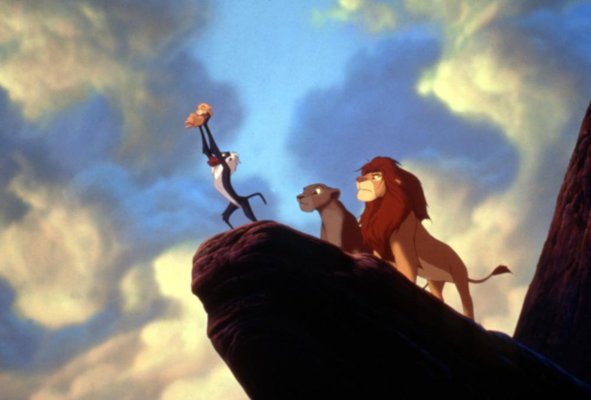 This Artist Uses His iPhone to Recreate Iconic Movie Scenes
Next Up: Editor's Pick