It’s not often a writer can claim the privilege of correcting Shakespeare, but in The Death of Caesar Barry Strauss, a professor of history and classics at Cornell, does exactly that. For example: nobody ever said “Beware the Ides of March.” Rather, a soothsayer named Spurinna told Caesar he ought to be extra careful for the next 30 days, a period that ended on March 15. On that day Caesar remarked to Spurinna, “The Ides of March have come.” Spurinna, evidently no fool, shot back: “Aye, they have come but not gone.”

The major point on which Strauss differs from Shakespeare in this compelling, clarifying account of one of history’s most dramatic assassinations is the role of Decimus Junius Brutus Albinus, known as Decimus. (Shakespeare calls him Decius.) Shakespeare focuses on Brutus and Cassius instead, but those two were relative outsiders who had sided with Pompey against Caesar in the recent civil war. Pompey lost, but one of Caesar’s go-to tactics was to pardon and even promote his defeated rivals. (This worked better for Abraham Lincoln, though regrettably the outcome was the same.) Brutus and Cassius needed a man on the inside, and that was Decimus. A member of Caesar’s inner circle, Decimus had spent too long in Caesar’s shadow. He was also ruthless: “Decimus was a liar,” Strauss writes, “a flimflam man, a brazen and audacious snake. In short he was much like Caesar.”

Strauss deploys his sources judiciously: he explains their biases and blind spots and when and how they disagree. (Eight sources say Caesar was stabbed 23 times, but Nicolaus of Damascus puts the number at 35.) Although he’s an academic, Strauss has, like Caesar, the common touch: he conveys the complexity of late republican Roman politics while keeping up a lively pace.

He’s also a deft portraitist. Roman history can read like an endless parade of marble statues, but in The Death of Caesar, the players are all vibrant individuals, and none more so than Caesar himself, “dark-eyed and silver-tongued, sensual and violent.” Though it was Cato the Younger who evoked his towering, fatal ambition most neatly: “Caesar,” he said, “is the only man to try to overturn the Republic while sober.” 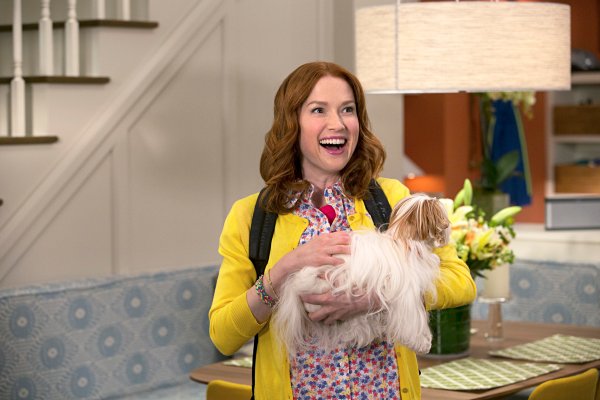 Review: The Unbreakable Kimmy Schmidt
Next Up: Editor's Pick