Millions of people in 28 states faced winter weather on Thursday as a late-season storm swept across North America.

Drivers in Kentucky were left stranded on the road as snow piled around them on Interstate 65. A snowy runway at New York’s LaGuardia Airport caused an airplane to skid off the road and the city of Washington was effectively a ghost town, thanks to piles of snow that shuttered federal government operations.

Temperatures were significantly colder than average — anywhere from 10 to 30°F — across the region.

The governors of Alabama, Mississippi, West Virginia and New Jersey all declared states of emergency on Thursday, the Associated Press reports. But at long last, one of the worst winters in recent memory may be relenting, according to Mike Halpert, deputy director of the National Weather Service’s Climate Prediction Center.

He told the Associated Press the storm “might be winter’s last hurrah.”

But in Boston, a city two inches away from breaking its all-time snow record, some residents said bring it on.

“I want the record. We earned the record,” said Erin O’Brien, professor of political science at the University of Massachusetts-Boston. 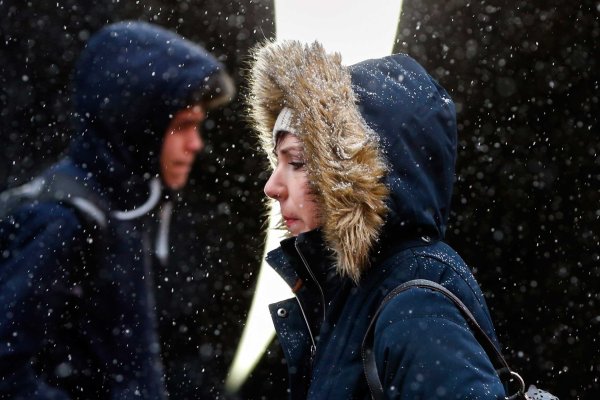