Review: Kelly Clarkson's Piece By Piece Is a Victory Lap

Kelly Clarkson won her fame on the basis of her voice, but she kept it by being a survivor. It’s the subject she returns to most frequently in her music, and it’s the underpinning of her entire career. She survived an American Idol thresher so notoriously brutal to its alumni that one of its winners recently sued the show. She unapologetically torching bridges with mogul Clive Davis and songwriter Ryan Tedder over, respectively, the commercial viability and alleged label mishandling of 2007’s My December and Tedder’s repurposing the backing track of single “Already Gone” for Beyonce’s “Halo.” Throughout, she’s navigated pop-music tides that haven’t always welcomed her big-voiced balladry. Lesser artists might be sunk by any of these setbacks, but it’s a testament to Clarkson’s talent and persistence that she’s still being written about in 2015. And the 2015 music landscape would seem about as good as it gets for Clarkson: longtime collaborator Greg Kurstin has found himself in high demand as a songwriter for P!nk, Katy Perry and other A-listers, while artists like Sia (another Kurstin colleague) have brought her sort of emotive pomp-pop back into vogue. In many ways Piece By Piece, Clarkson’s first full studio album since 2011’s Stronger, couldn’t be coming out at a better time.

Early returns were promising. Lead single “Heartbeat Song” — thanks in part to a hefty lift from Jimmy Eat World’s pop-emo hit “The Middle” — is as poppy as anything Clarkson’s done and, as is her wont, more nuanced than par. It’s not just a crush song but a song about a crush that strikes long after giving up hope on the matter (sample lyric: “I’m so used to feeling numb”), and Clarkson’s delivery is one long breathless jolt of life, like an EKG spike rendered in heart emoji. The single’s one of her best, but sadly, it’s an anomaly on Piece By Piece, which mostly runs the gamut from midtempo ballads to slightly slower ones. Perhaps inevitably, the highlights are the tracks most likely to rankle purists. EDM might not seem like a natural match for Clarkson’s earthier presence – it’s probably telling that apart from club remixes of her singles she’s mostly avoided the genre – but her tiptoes in that direction turn out surprisingly well. “Take You High” begins with orchestral pomp but, come the chorus, dissolves into Purity Ring-esque vocal gurgles, by far the most triumphant moment on the record. No less exuberant is bonus track “Bad Reputation,” like a brassy update of “Miss Independent” with a retro punch; the style has suited her ever since her electrifying Idol performance of “Stuff Like That There,” and it’s surprising she hasn’t done more like it since.

Otherwise, Piece By Piece is near one-note, like an album-length take on her platitudinal coronation song “A Moment Like This.” There’s been a conservative quality to Clarkson’s albums after the My December fallout, and Piece By Piece might be the most uniform yet. Clarkson recently told BBC Radio 1, to a minor Internet furore, that she “felt like she had the plague” after artist after artist turned her down for collabs. Whether that’s true or exaggerated (Clarkson has since backpedaled), it’s hard not to have the quote in mind while listening to Piece By Piece’s filler. What collaborators are there are often surprising. “Heartbeat Song” was co-written with Kara DioGuardi – who also has ambivalent ties to the Idol apparatus and worked on much of Breakaway, though very little this decade – while Antonina Armato and Tim James, best known for producing pre-twerking Miley Cyrus, give John Legend duet “Run Run Run” a lovely touch. Oddly, the most promising collaborations fall flat. Working with Shane McAnally, who with the likes of Brandy Clark and Kacey Musgraves has produced country’s most ambitious work in years, would seem so natural (or, more cynically, like a smart exit strategy), since Texan-born Clarkson’s always been a little bit country, anyway. But “Good Goes the Bye” suffers from a truly embarrassing lyrical conceit. At least that one’s not her fault, unlike “I Have a Dream,” a would-be generational anthem that sets carping about the kids and their “Jezebel ways” to a cod-gospel choir in a juxtaposition that’s ill-advised at best.

The faults of Piece By Piece are less Clarkson’s fault and more that of her repertoire. (It’s perhaps telling that ever since My December, Clarkson’s written less and less on her albums.) She’s in strong voice throughout and no less confessional than ever. One of the album’s strongest moments is when she drops the vague inspiro-platitudes and names names on the title track, a dagger to deadbeat dads everywhere that marks her most pointed lyrics since Stronger’s “You Love Me.” The song’s all the sharper for the dull ballads and toothless screw-y’alls one has to slog through to get to it.

Some critics suggested around Stronger that Clarkson’s music and/or life has to be angsty to produce musical fruit, and that’s not the case. It’s more that for whatever reason, they’ve brought out in her a specificity this album lacks. At its best, Piece By Piece sounds like a victory lap from an artist who’s earned about five. At its worst, it evokes the umpteenth hour of an Idol finale with no victory in sight. 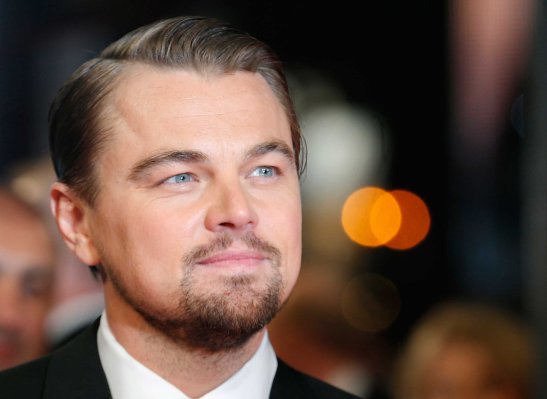 Now You Can Spend The Night at Leonardo DiCaprio's House
Next Up: Editor's Pick