Last week, Sen. Elizabeth Warren posted a video on Facebook of a recent speech in which she discussed the decline of the middle class and criticized Republicans in Congress. Its substance was fairly routine for a Democratic lawmaker, but the response was not.

In one week, the video has gone viral, grabbing more than 2 million views and picking up more than 50,000 shares on Facebook. And it’s not unusual for the Massachusetts Democrat, either. Three of her most-watched speeches on YouTube have more than a million views, while another seven have more than 100,000 views.

So what’s her secret? TIME sat down with some rhetoric professors to take a closer look at her most recent viral hit and figure out why the former Harvard professor who once had trouble just doing a softball interview with The Daily Show has become such a power hitter online.

They argued that the secret sauce in Warren’s videos is a palpable but carefully modulated sense of anger, the very quality that billionaire investor Warren Buffett had criticized her for earlier this week.

The recent video’s headline doesn’t entice—“Watch and share my opening statement from yesterday’s first Middle Class Prosperity Project forum”—or boast an impressive backdrop. For nearly six minutes, it’s a close, unwavering shot of the 65-year-old academic and freshman Senator sitting on a black leather chair behind a microphone and a nameplate in a nondescript Capitol Hill room. The first minute and a half of the speech is relatively dull, filled with facts highlighting the decline of the middle class.

Then she slows down.

It’s at this point in the speech where she first begins to repeat her points for emphasis—a trick used by “orators since time immemorial,” says Jeffrey Walker, chair of the Department of Rhetoric and Writing at the University of Texas at Austin—and let her emotion bubble up.

“She projects an attitude of indignation and anger and wants the audience to gin up their emotion about this issue,” says Walker. “The phrasing and the tone of voice and the hand gestures all contribute to a sense of her being angry, but it doesn’t seem artificial.”

That anger continues in what Walker calls the “rhythmic envelope”: a few refrains of what caused those economic problems—ripping “the choice to” do x, y and z in Washington—and who she thinks should be blamed. The next line she repeats begins with “I’ll believe Republicans care” about the country’s “middle class,” “working families,” and “future.” She nears the end of her speech blasting Republicans in short phrases.

“I have a message for my Republican colleagues: you control Congress,” she says in what becomes the pull quote on Facebook. “Stop talking about helping the middle class – and start doing it. Close tax loopholes, raise the minimum wage, cut student loan interest rates, raise Social Security payments, fund our schools and our highways and medical research.”

Lynn Itagaki, an English professor at Ohio State University, says that Warren is a “great translator” with a “plain-spoken manner” who can help sway the mass public on complicated material, especially through a vehicle—Facebook—that has a built-in audience ready for one of Warren’s favorite topics, tackling student debt.

“With the kind of a precision of a doctor or surgeon, she names it, identifies the political choices that caused it historically and then she proposes a solution,” says Itagaki of middle class economic issues. “She provides a diagnosis of the problem and then provides you a prescription.”

“She’s activating the emotions of ‘we must protect what is good about our families and what is good about hard working Americans,’” she adds. “And in order to do that we have to get angry about the lobbyists and lawyers, the tax loopholes and tax breaks, the attacks on teachers and fire fighters in the service of billionaires and corporations.”

But in this speech, Warren could do better in connecting with the audience on a personal level, according to Walker, as she talks broadly about “young people” and “moms and dads” instead of specific people. And she would be, as Buffett argues, more effective in changing minds instead of reinforcing some if she didn’t bash Republicans.

“She doesn’t give you an image of a particular person being crushed under the debt,” says Walker. “It restricts the audience that she can be really effective with to those who mostly agree with her already. So there’s a partisan preaching to the choir aspect.”

“If you’re trying to persuade someone to do something, you don’t say ‘you’re ugly and stupid and evil, so will you do something for me,’” he adds.

Still Walker, who believes that the state of U.S. discourse is “pretty depressing” after reading some of the Facebook comments, believes that Warren did succeed in generating some passionate responses.

“It has a huge number of hits on the webpage,” he says. “Perhaps it’s the generation of emotion that ultimately has that effect. … Clearly she made some people angry. Not angry at her, rather, angry at the problem.” 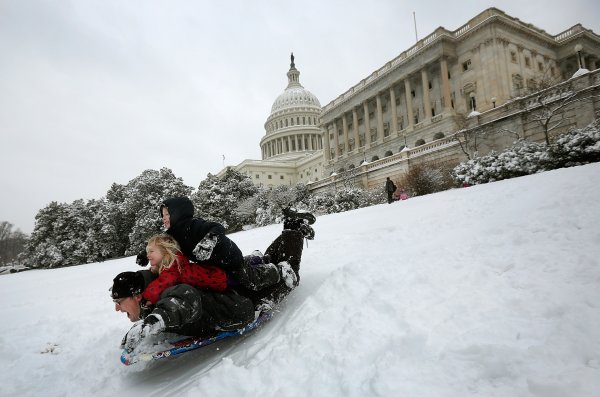