American military helicopters in flight during the My Lai massacre on Mar. 16, 1968 in My Lai, South Vietnam
Ronald L. Haeberle—The LIFE Images Collection/Getty
By Lily Rothman

It was late April of 1968 when Ronald Ridenhour “first heard of ‘Pinkville’ and what had allegedly happened there.”

Thus began the letter that he sent to several government officials, including President Richard Nixon, in March, 1969. What followed was an account of the March 16, 1968, massacre at My Lai. “Ridenhour did not witness the incident himself, but he kept hearing about it from friends who were there,” TIME, which misidentified him as “Richard,” recounted after the news became public. “He was at first disbelieving, then deeply disturbed.”

That letter would soon change the way American citizens thought and talked about the war in Vietnam. This is how Ridenhour described what had happened:

The full letter, which is widely available these days, ran to about 2,000 words worth of evidence that “something very black indeed” had happened. Further publicity came in the form of an investigation by reporter Seymour Hersh — which originally ran in a Washington news service after LIFE magazine rejected it.

In the fall of 1969, one of the leaders of the platoon implicated in the massacre — his name was actually spelled Calley — was charged with murdering civilians; other charges against other soldiers and officers followed. Comparisons to the Nuremberg Trials were many, especially as many of the soldiers there argued that they had just been following orders. There were several legal difficulties in pursuing a lawsuit against them, both logistical and sentimental, as TIME polls found that many Americans either did not believe Ridenhour’s account or thought that such killing was a natural result of war.

Several trials did move forward, however. In 1971, Calley was found guilty. (Other trials for those present continued, but Calley was the only one convicted.) The sentencing did not end My Lai’s reverberations. At a protest in New York, future Secretary of State John Kerry read this statement: “We are all of us in this country guilty for having allowed the war to go on. We only want this country to realize that it cannot try a Calley for something which generals and Presidents and our way of life encouraged him to do. And if you try him, then at the same time you must try all those generals and Presidents and soldiers who have part of the responsibility. You must in fact try this country.” The verdict split the U.S. between those who thought that punishments for the massacre should instead go all the way up to the Commander-in-Chief, and those who thought that condemning soldiers for killing was a travesty in its own right.

“The crisis of conscience caused by the Calley affair is a graver phenomenon than the horror following the assassination of President Kennedy,” TIME opined. “Historically, it is far more crucial.”

Though the nation was divided at the time, history has come out fairly firmly on one side: in 1998, three men who turned their weapons on fellow soldiers instead of My Lai residents were honored in Washington — shortly before Ridenhour died at 52 of a heart attack — and in 2009 Calley apologized for his role in what happened. “There is not a day that goes by,” he said, “that I do not feel remorse.”

Read TIME’s 1969 issue about the fallout from My Lai: The Massacre: Where Does the Guilt Lie?

See how LIFE reported on My Lai: American Atrocity 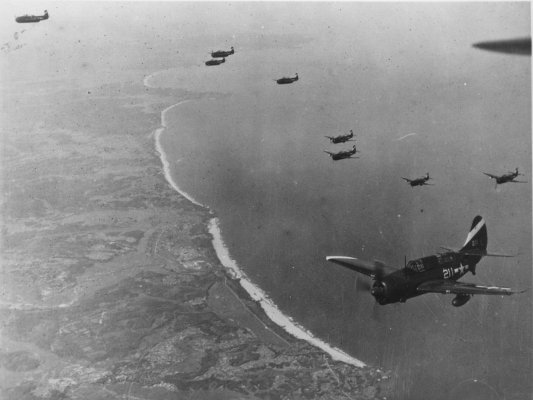 Behind the World War II Fire Bombing Attack of Tokyo
Next Up: Editor's Pick