Highly Illogical: What Sci-Fi Writers Get Wrong About the Future

Why do some countries grow while others seem to stagnate? In Why Nations Fail, economists Daron Acemoglu and James Robinson argue that economic growth is driven by a nation’s institutions. For much of human history, societies were organized around extractive institutions, where one group in a society (typically led by kings, queens, emperors, or empresses) extracted resources from the other groups. In such a society, technological change is not only not encouraged; it is actively discouraged (as carefully detailed by Acemoglu and Robinson) since change threatens the power of the elites. And without technological change, economic growth historically is not observed. In fact, economists believe, until the past few centuries, economic growth for almost all of human history was zero.

The alternative to extractive institutions is to organize society around inclusive institutions. Such an approach encourages technological innovation, since technology allows individuals to better their own circumstances. It is these changes that lead to the economic growth we have seen in much of the Western world across the past few centuries.

So the basic story is simple:

This helps us understand why nations have failed or succeeded in the past. But what about the future?

Discussions of the future are often found in science fiction, and many of these stories envision a future dominated by empires. Consider Star Wars, perhaps the most popular science fiction movie franchise. The essential conflict in these movies is between a rebel alliance and a vast galactic empire.

More serious fans of science fiction are probably drawn to the works of Isaac Asimov or Frank Herbert. In his Foundation series, Asimov describes an empire that has lasted for 12,000 years. Herbert’s classic Dune also envisions an empire, and, through the book’s basic conflict, we see what generally happens when extractive institutions dominate a society. In the story, one aristocratic family battles another for the right to rule and extract resources from the planet Dune. The outcome of the battle topples the empire.

Readers of Why Nations Fail, though, would have to ask: How could the future be dominated by an “empire”? Empires are generally based on extractive institutions; with significant resources generated by members of the society being claimed by the Emperor/Empress and his/her allies (this is explicit in Herbert’s Dune). But, such societies would not generally promote the technological change necessary to settle and connect millions of planets. Perhaps the basic economics behind the stories told in many works of science fiction isn’t quite right.

Given the story told in Why Nations Fail, one would suspect that a society built around inclusive institutions would advance farther than one that failed to employ such institutions. Yet, in another classic science fiction series – Star Trek – it is not clear this outcome is seen. For example, the Federation’s society appears to be inclusive. But their adversaries – the Klingons and Romulans – do not appear to have inclusive societies. Nevertheless, the Klingons and Romulans seem to have a level of technology that is quite comparable to the Federation. In fact, in some ways it appears these societies – apparently based on extractive institutions – have technology that surpasses what is seen in the Federation.

All of this contradicts what we see when we look back at human history. Economist Robert Fogel captured in one graph how technology has only suddenly begun to change at a rapid rate. As Fogel notes, for centuries people made no advances with respect to simple devices like a plow. But since 1900, we have gone from the invention of a basic plane developed by the Wright brothers to landing on the moon.

Or – in more recent news – the iPhone many people enjoy today would have cost $3.6 million with the technology available just 20 years ago. Such rapid technological change comes about when you change people’s incentives. The plow didn’t change for centuries because no one had an incentive to develop a better plow. Likewise, we keep getting updated iPhones because someone has a clear incentive to keep working to make this product better. A world dominated by extractive institutions is not likely to give you a new iPhone. And likewise, it is not likely to develop the technology necessary to colonize millions of planets in space.

So next time you read a science fiction story that takes this approach, ask yourself how that space-faring race ever got into space with institutions that fail to reward technological change. In other words, although the story of a “space-faring empire” can be entertaining, it seems unlikely that the future is going to be dominated by any empires at all. 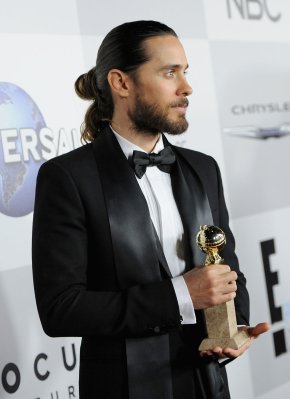 Take Jared Leto's Lead and Chop Off That Man Bun—You Look Ridiculous
Next Up: Editor's Pick