Here's Exactly How Much Money 'Blurred Lines' Made

How much money a song makes for its performers, producers and writers is typically a secret, but the ongoing copyright lawsuit involving “Blurred Lines” has revealed the dollar amounts that Robin Thicke, Pharrell Williams and T.I. walked away with thanks to their 2013 hit.

“Blurred Lines” made $16,675,690 in profits, according to an accounting statement both sides of the lawsuit agree with. Of that, $5,658,214 went to Thicke — a lot of money for someone who testified that he was drunk and high on Vicodin in the studio and didn’t really help write the song. $5,153,457 went to Pharrell Williams (who has said it was Thicke’s voice that made the song what it was), $707,774 went to T.I. and the rest went to the various record companies behind the songs, according to The Hollywood Reporter.

The numbers came to light as a result of a lawsuit from Marvin Gaye’s family, which alleges that “Blurred Lines” infringes on the copyright of Gaye’s “Got to Give It Up” and that the family is therefor entitled to part of its profits, Thicke’s touring money and actual damages.

Read next: Robin Thicke Admits He Didn’t Really Write ‘Blurred Lines,’ Was High in the Studio 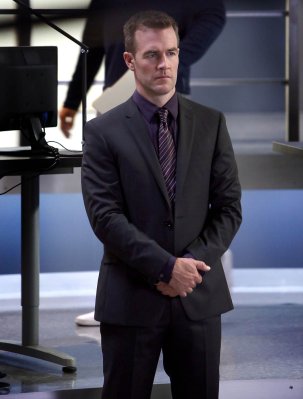 James Van Der Beek on Starring in CSI: Cyber: 'I Feel Like I Signed on With the New York Yankees'
Next Up: Editor's Pick