An image made available by propaganda Islamist media outlet Welayat Tarablos allegedly shows members of the Islamic State (IS) militant group parading in a street in Libya's coastal city of Sirte, released on Feb. 18, 2015.
AFP/Getty Images
By Jared Malsin/Cairo

Fighters of the Islamic State in Iraq and Greater Syria (ISIS) took over at least two oilfields in Libya and attacked another on Tuesday, according to oil and government sources.

Mashallah al-Zewi, the oil minister in the Tripoli-based government said ISIS attacked the Dhahra oilfield, before retreating. He told AP on Wednesday that the militants swept down from the central city of Sirte and attacked Dhahra oil field to the south, trading fire with guards and blowing up residential and administrative buildings before eventually retreating.

Colonel Ali al-Hassi, a spokesman for Libyan oil industry security told the BBC said the same fighters first took the oilfields at Bahi and Mabruk. “Extremists took control of the Bahi and Mabruk fields and are now heading to seize the Dhahra field following the retreat of the forces guarding these sites,” he said.

Images published online by the Libya Observer news organization showed smashed metal equipment and the charred wreckage of a pickup truck at the Bahi field.

The attacks came as Libya’s warring factions escalated their ongoing conflict. Forces aligned to the government in Tobruk and the rival Libya Dawn administration in Tripoli both staged air strikes on each other’s positions on Tuesday.

Libya has passed through several phases of turmoil since 2011 when its leader Muammar Qaddafi was overthrown in an armed uprising supported by NATO airstrikes. Today, two rival governments are vying for power in a country divided among multiple armed groups.

ISIS, which sent fighters from Iraq and Syria to Libya last year, has also emerged as force in Libya, attracting some support among local militias. Last month Egyptian fighter jets struck ISIS targets in Libya after the group released a video showing the execution of 21 Coptic Christian hostages.

The two oil fields, located south of the city of Sirte, have been shut down for weeks in part due to security concerns. An attack on the Mabruk field last month left at least 12 people dead.

Even if they were able to operate the fields, insurgents would find it difficult to export oil via the country’s Mediterranean ports. An attempt in 2014 by Eastern Libyan rebels to smuggle crude oil was stopped when U.S. special forces boarded the ship, the Morning Glory, off Cyprus.

Experts believe that large-scale oil smuggling from Libya is more difficult than in Iraq where ISIS has been able to export oil to Turkey, Jordan and Iran.

“There’s no way to smuggle oil in Libya,” said Jason Pack, a researcher on Libya at Cambridge University. “The difference from a place like Iraq is Iraq has a long tradition of oil from the Kurdish region going in trucks to Turkey. Libya has no such tradition.”

Analysts say ISIS’s advances in Libya have been made possible by the political conflict in Libya. This week’s escalation comes as the recognized government in Tobruk officially appointed Khalifa Haftar as its armed forces chief. Haftar’s military campaign launched last year against Islamist-leaning factions has further divided the country.

“There’s ISIS in Libya because there’s a lack of a state, and there’s the ability of every militia group to control territory because the major factions won’t work together,” says Pack. “The absolutely only way to eliminate territorial pockets in places like Sirte and Derna is if these groups are willing to work together against ISIS.”

Read next: Hear Jihadi John Defend Himself Against Charge of Extremism 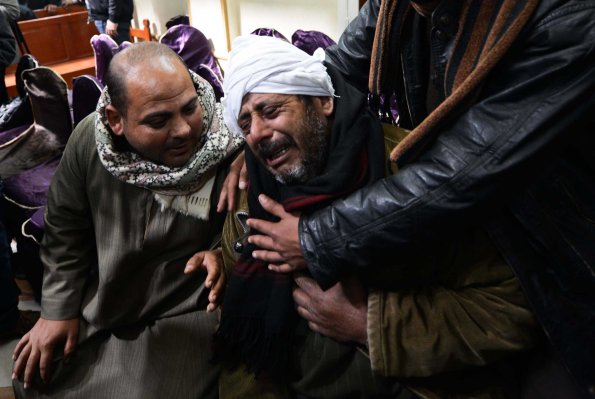 ISIS Sets Sights on Europe
Next Up: Editor's Pick