Apparently The Simpsons Discovered the Higgs Boson Particle Before Everyone Else

Before it was discovered in 2012, scientists spent decades searching for the elusive Higgs boson particle, which helps explain how everything in the universe has mass. But according to one author, someone else predicted the mass of the Higgs boson particle years before physicists identified it: Homer Simpson.

Yes, the doltish patriarch of the country’s best-known animated family, came awfully close to stumbling upon one of the most important scientific breakthroughs of recent years—so says Simon Singh, the author of the 2013 book The Simpsons and Their Mathematical Secrets.

In the 1998 episode “The Wizard of Evergreen Terrace,” Homer decides to become an inventor and is pictured in front of a blackboard with a complex equation in one scene. “That equation predicts the mass of the Higgs boson,” Singh told the Independent. “If you work it out, you get the mass of a Higgs boson that’s only a bit larger than the nano-mass of a Higgs boson actually is. It’s kind of amazing as Homer makes this prediction 14 years before it was discovered.”

But Singh isn’t totally surprised by the show’s affinity for math and scientist: “The Simpsons is the most mathematical TV show on prime-time television in history,” he said. “A lot of the writers on The Simpsons are mathematicians.” 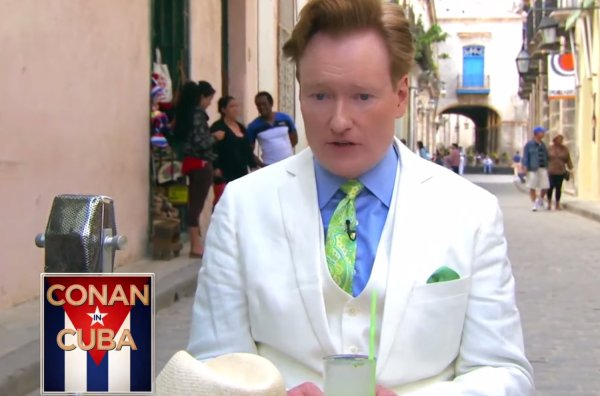 Watch Conan O'Brien Sing, Dance and Shop His Way Round Cuba
Next Up: Editor's Pick