The Unintended Side Effect of Lower Drug Prices

As public pressure mounts on drug makers to lower prices, both the private sector and the FDA are looking for solutions. At the same time, expiring patents are forcing big drug makers to explore new avenues of growth. While these factors could benefit patients, they could also inadvertently compromise the development of miracle drugs that save millions of lives.

In a recent survey of pharmaceutical industry executives, 43% support the idea of the FDA taking the economic value of drugs into account in the approval process. Insurance companies already require drug makers to demonstrate such value and European regulators factor in economic benefits into their analysis. But scrutiny by the FDA could make a big difference to which medicines make their way to the market and impact how R&D is conducted at drug companies.

First, a drug that cures a type of cancer might cost billions of dollars to develop whereas a drug that cures a minor affliction could be much cheaper to create. Complex medicines that treat the most serious diseases naturally require more clinical trials, longer testing periods, greater expense, and opportunity cost (the returns that investors could get by putting the money to work elsewhere).

In this scenario, if the FDA were to focus on cost-effectiveness, the life-saving cancer drug might not get approved whereas the cheaper, but minor, drug would. Since the cost of failure is high, this could discourage pharmaceutical companies from devoting resources to medicines that are expensive to produce, even if they are crucially important to society.

The unreliability of cost estimates exacerbates this. While a new study by the Tufts Center pegs the average cost of developing and getting a new drug approved at $2.6 billion, estimates from the Federal Trade Commission and the private sector range from $521 million to $5 billion, according to the Washington Post. This could be due to different interpretations of the opportunity cost as well as the allocation of research tax credits across a drug maker’s portfolio of products.

What this implies is that the process of assessing the economic value of a new drug could be extremely complicated, subjective, and possibly lead to the wrong results; in turn, such uncertainty could have a chilling effect on innovation.

Another issue is the direction that drug makers seem to be going in.

Pfizer (PFE), the world’s largest pharmaceutical company, recently announced the $17 billion purchase of Hospira, a company that makes generic medicines for hospitals and copycats of biotech proteins such as Amgen’s Enbrel. This comes on the heels of patent expirations of major drugs like Lipitor that have made Pfizer a very rich company and a household name. Analysts speculate that the new acquisition is a move by the company towards the generics business in order to make up for the loss of valuable patents on branded medicines.

This “patent cliff”, as it is called, is not unique to Pfizer. Other major drug makers like Eli Lilly (LLY) and Bristol-Myers Squibb (BMY) are all dealing with patent expirations, which reportedly can dent the sale of brand name medicines by 90% and move people towards cheaper generics. In addition, pharmacists and doctors are 80% more likely to prescribe generics in today’s cost-conscious environment.

This means that Pfizer will probably continue to widen its portfolio of generics to bolster profits and that other pharmaceutical giants will follow. This may be good news for their stockholders but it’s bad news for the development of new medicines, which require original R&D by the drug companies.

There is no doubt that drug prices are way too high. Cancer drugs, for example, can cost up to $100,000 a patient per year. At the same time, less than 3% of patients use specialized drugs while 50% of drug payments go to that segment. Drug makers must find ways to reduce these costs without lowering the standards of testing required to ensure the safety of patients. The solution may be new technologies and process improvements that make R&D more cost-efficient, according to a report by Deloitte, or perhaps the development of powerful biologic drugs to replace traditional medicines.

But whatever the ultimate answer, it’s important to recognize that miracle drugs, which have revolutionized medicine in the past, are critical to our future well-being. Even medicines that are expensive to produce and too costly for current patients eventually fall in price and give birth to generics, which can benefit future generations. Without that original R&D, those drugs (and cures) might never exist.

Sanjay Sanghoee is a business commentator. He has worked at investment banks Lazard Freres and Dresdner Kleinwort Wasserstein, at hedge fund Ramius Capital, and has an MBA from Columbia Business School. Sanjay does not hold any investments in pharmaceutical companies, including Pfizer, Eli Lilly, and Bristol-Myers Squibb. 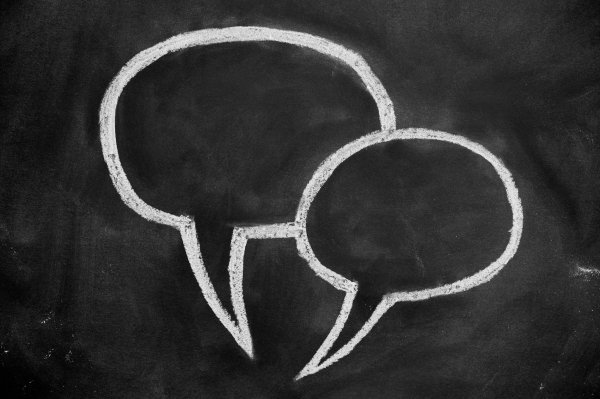 39 Commonly Misused Words and How to Use Them Correctly
Next Up: Editor's Pick