You Asked: Why Can't I Eat Raw Meat?

Sushi restaurants are nearly as rampant as Starbucks stores. So why is raw fish okay to consume, while raw beef, pork and other land animals are typically not on the menu?

For one thing, the parasites and bacteria that set up shop in raw animal meat are different and more dangerous than the ones you’d find in raw fish, says Dr. Robert Tauxe, deputy director of the Division of Foodborne, Waterborne and Environmental Diseases within the Centers for Disease Control and Prevention (CDC).

From salmonella and parasitic E. coli to worms, flukes, and the virus hepatitis E, Tauxe says the creepy crawlies that may inhabit raw meat tend to be more harmful to humans than the microorganisms you’d find in raw fish. “Perhaps it’s because our bodies are more closely related to land animals than to those of fish,” he explains.

The way animals are slaughtered and packaged also has a lot to do with their health risks, says Dr. Eugene Muller, a microbiologist at Framingham State University in Massachusetts. “Parasites and bacteria tend to come from an animal’s gut, not its muscle,” he says. If your butcher nicks open an animal’s intestines, any harmful microorganisms released could contaminate all the meat the butcher is preparing.

Packaged ground beef is particularly likely to house sickness-causing bacteria or parasites, says Dr. Lee-Ann Jaykus, professor of food science at North Carolina State University. That’s because a single package of ground beef could contain meat from dozens of cows, Jaykus says. “One contaminated animal could corrupt dozens of batches,” she explains. For that reason, she advises never eating hamburger that’s red or rare in the center.

Both Muller and Jaykus say whole cuts of beef are less risky because they come from a single animal. “Anything harmful lives on the surface of the meat, not inside the muscle,” Muller says. “So if you like your steak very rare, just searing the outside will likely kill anything harmful.”

Jaykus agrees, but says you have to watch out for something called “mechanically tenderized meat,” which involves puncturing the beef with small needles or blades to make it more tender. She says many restaurants and grocery stores sell meat that’s undergone this process because it improves the texture of cheaper cuts like sirloin or round. “This process can force contaminants into the muscle tissue where searing the outside won’t kill them,” she says. “You don’t see this at high-end steakhouses, but it’s an issue with steaks purchased for home cooking and in some restaurants.”

Most of these concerns and caveats also apply to lamb, pigs, chickens and other land animals—though Muller says pigs and chickens tend to carry some harmful microorganisms you don’t find in cows or sheep. “But I don’t think many people really want to consume raw pig or raw chicken,” he adds.

Fish is a different story. Setting aside the differences between fish and mammals when it comes to the number, type, and frequency of potentially dangerous organisms they may harbor, fish tends not to be ground or mixed. That lowers the likelihood of a single disease-carrying salmon or tuna contaminating others, Jaykus says.

Also, any raw fish you consume at a sushi restaurant are caught in colder waters and frozen before you eat them. “This kills the encysted worms and other parasites,” Tauxe says. Unfortunately, freezing doesn’t kill parasitic E. coli and many of the harmful microorganisms you’d find in meat, Muller says.

With raw fish, oysters and other uncooked seafood, you’re taking a risk, Muller says—though not nearly as big a risk as eating that bloody tenderloin or tartare.

Read next: The 50 Healthiest Foods of All Time (With Recipes) 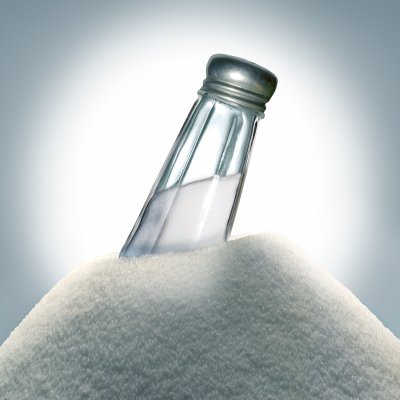 The Weird Benefit of Salty Diets
Next Up: Editor's Pick