The family of Tamir Rice, the 12-year-old boy fatally shot by a Cleveland police officer in November, said Tuesday they felt disrespected by the city’s response to a lawsuit over his death.

The city’s response, filed on Friday, had blamed the boy’s death partly on his own actions, stating it had been caused “by the failure … to exercise due care to avoid injury.”

“The city’s answer was very disrespectful to my son, Tamir,” Samaria Rice, the boy’s mother, said at a news conference alongside attorneys, according to Cleveland.com. “I have yet not received an apology from the police department or the city of Cleveland in regards to the killing of my son. And it hurts.”

The family’s attorney, Walter Madison, said the response as written places an adult-like responsibility on children. Cleveland officials have remained mostly silent about the lawsuit, aside from Mayor Frank Jackson, who on Monday apologized for the way the response’s phrasing made it seem like the boy was at fault over his own death.

Rice was killed Nov. 22 after officers responded to reports of someone in a park with a gun, shooting him less than two seconds after their arrival. The boy was later found to have been holding a pellet gun. 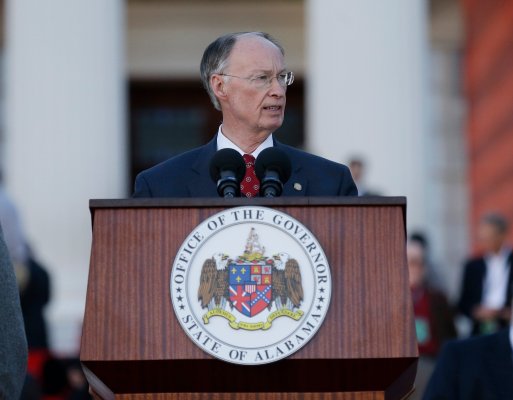 Alabama Governor Apologizes to India
Next Up: Editor's Pick