Why Annoyed Americans Are Signing This Online Petition

More than 200,000 Americans have signed a petition asking telecom companies to provide tools for people to block commercial robocalls. Which is about as surprising as 200,000 people signing a petition against legalized murder.

The Consumers Union launched the petition at endrobocalls.com, just a week or so ago. The Federal Trade Commission says that if phone companies want to provide robo-blocking tools, they can. “Americans are fed up with being harassed by robocalls and they are demanding relief,” said Christina Tetreault, staff attorney for Consumers Union, in a statement. “The phone companies need to start listening and provide their customers with effective tools to block unwanted robocalls.”

The Consumers Union is the advocacy arm of Consumer Reports.

In 2014, the FTC received more than 3 million complaints about robocalls. Many of them (you might have heard from “Rachel from account services”) ran afoul of existing laws and regulations, such as the federal Do Not Call list. And many such calls originate overseas, out of the jurisdiction of U.S. authorities. About the only recourse consumers have is blocking numbers, when that’s possible.

In November, attorneys general from 39 states complained to the Federal Communications Commission, asking why phone companies don’t just block the calls. The phone companies responded that regulations forbade them from doing so. So the FTC sought input from the FTC, which in January said

Last month, though the FTC weighed in with an opinion: call–blocking by telcos is just fine since it would “make a significant dent in the problem of unwanted telephone calls.”

Hence the petition. The telcos have argued that blocking calls would run afoul of “common carrier” rules, which in general require them to accept all traffic, regardless of origin (similar to the concept of net neutrality). The FTC says that as long as customers opt-in and request the feature, telcos “can offer call-blocking services to their consumers without violating their common carriage obligations would be in the best interest of American consumers.”

The FCC is considering whether to issue an order forcing the telcos to make blocking technology available The FTC opinion will surely weigh heavily on that decision. It’s not clear when the decision will be made.

For now, other than making use of the call-clocking features offered by some handsets, consumers can file a complaint with the FCC, which has recently improved its help center. 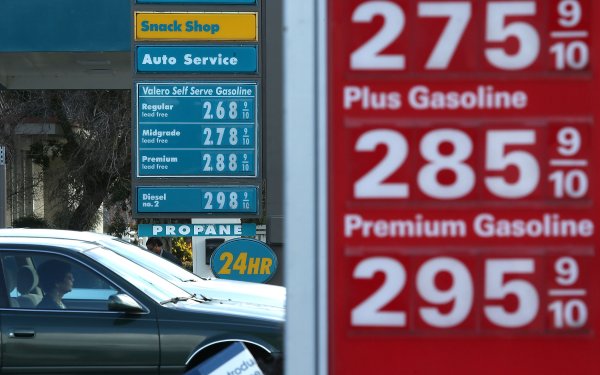 U.S. Gas Prices Inch Higher After Months of Decline
Next Up: Editor's Pick