Israeli Prime Minister Benjamin Netanyahu called out Iran for tweeting threats to his country during his speech before Congress on Tuesday—so it’s not surprising that Iran responded with a tweet.

Two hours later, a Twitter account associated with Khamenei responded with a tweet, or more properly, a subtweet, since it didn’t mention Netanyahu or his speech to Congress:

It’s not the first time the Iranian leader’s account, which has 103,000 followers, has taken a shot at the United States. As TIME reported last year, the Twitter account also accused the United States of “racial discrimination” after a grand jury in Ferguson, Mo., decided not to indict a white police officer who shot and killed a black teenager. 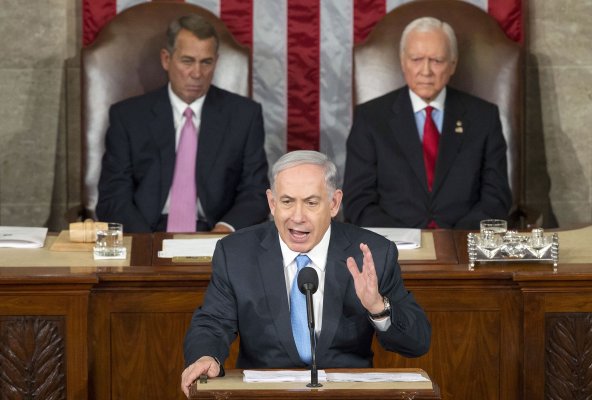 A Speech That Fell Short and Tied Netanyahu in Knots
Next Up: Editor's Pick