Over 50% of Americans Will Be Nonwhite Within 30 Years

Half of all children in the U.S. will be nonwhite by 2020, according to new census data released Tuesday, and more than half the entire population by 2044.

The U.S. Census Bureau’s 2014 projections looked ahead at the national population up to 2060, making various projections on the country’s demographic makeup based on factors like birth rates, deaths and migration patterns.

The data suggests that, by 2044, the majority of the population will be nonwhite, with that number rising to 56.4 percent by 2060. The Hispanic population will see the largest growth from now until 2060, the Census Bureau predicts, jumping from 17.4 percent to 28.6 percent. The percentage of white Americans will drop from 62.2 percent now to 43.6 percent within 45 years.

Senior citizens will also make up a greater share of the population. Now, about one in seven Americans is over the age of 65. The last baby boomers turn 65 in 2029, and by 2030 the number of elderly citizens will jump to one in five. The foreign-born population is also expected to increase from 13 to 19 percent.

The predictions in the U.S. Census Bureau report rely on a number of assumptions based on current trends, and aren’t a guarantee of what the future U.S. population will look like. 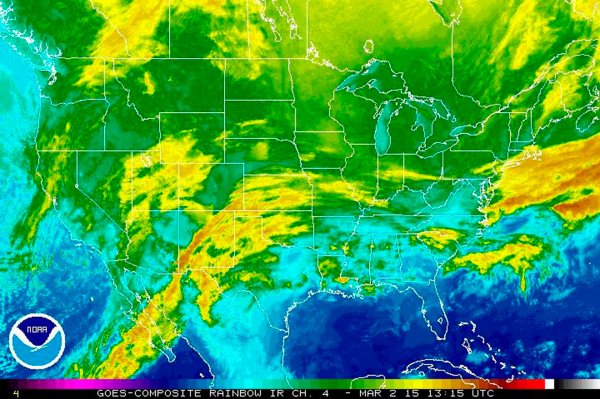