The full range of Apple Watch features has remained unknown since the device’s unveiling last September. Now it seems CEO Tim Cook has dished out a few additional details.

The Apple CEO briefed Apple Store employees in Berlin regarding several specific Apple Watch apps, 9to5Mac reports. Apple is working with “some of the best hotels in the world”—including Starwood Hotels, which previously announced its Apple partnership—to allow Watch users to unlock room doors. Additionally, Apple Watch users will be able to order at food chains including Panera Bread.

Cook also reportedly said that third-party fitness apps will be available on the Apple Watch, which isn’t too surprising given the device’s emphasis on health tracking.

Apple’s March 9 event is expected to focus heavily on the Watch. Cook told the employees that Apple has already invited over 100 developers to design and test out Apple Watch apps, which may suggest that the wearable’s apps could be the star of the upcoming event.

The Apple Watch will be released in April.

Read next: This Feature Could Save the Apple Watch 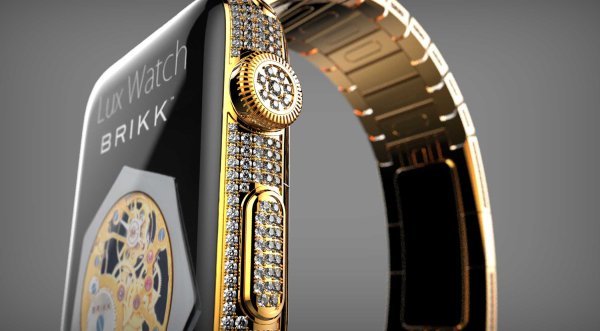 Just Look at This Completely Ridiculous $75,000 Apple Watch
Next Up: Editor's Pick