The Weird Reason Humans Shake Hands as a Greeting

It may not be as undignified as two dogs greeting each other but a handshake may amount to the same thing, according to a new study.

Researchers at Israel’s Weizmann Institute of Science found that people use the traditional greeting of shaking hands to surreptitiously smell each other.

The researchers secretly filmed subjects to see how frequently they touched their own faces, and if that number changed significantly after shaking someone’s hand. When people received a handshake from someone of the same gender, face-touching with the right hand increased by more than 100 percent.

Nasal catheters were fitted to subjects to measure airflow, which proved they weren’t just touching their hands to their faces. They were sniffing them.

“It is well-known that we emit odors that influence the behaviour and perception of others but, unlike other mammals, we don’t sample those odors from each other overtly,” Professor Noam Sobel, Chair of Neurobiology at the Weizmann Institute of Science, said in a press release.

Interestingly, hand-sniffing only increased on the right hand, used for the hand shake, among subjects of the same gender. When people shook hands with someone of the opposite sex, they were more likely to smell their left hand. 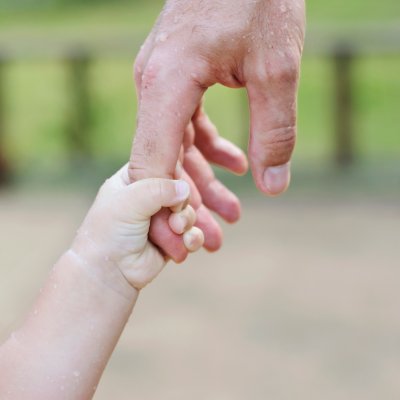 We're More Like Our Dads, Genetically Speaking
Next Up: Editor's Pick