Shelby Hudgens doesn’t have a whole lot, but that hasn’t stopped him from helping out where he can.

On Feb. 21, Hudgens – who was left homeless after a fire destroyed his home in November – spent three hours helping push cars up a hill that were stuck in the snow after a winter storm. KOAA caught the act of kindness on camera, which got viewers interested in finding a way to help.

One viewer, Sarah Webster, created a GoFundMe page to raise money for Hudgens, who is currently living out of his car. It has already raised nearly $20,000, which is more than double its original goal of $7,500.

“Hopefully I’ll be able to get a job just as quickly and everything will just keep snowballing and getting better,” he told KOAA after finding out about the fundraising page.

Since the video came out, another stranger has offered to put him up in a hotel for a few nights, and others have offered him jobs.

Hudgens told Webster that he’s going to use the money to get a local ID so that he can get a new Social Security card and birth certificate, which were both lost in the fire that took his home. He also hopes to get an apartment and take a class to become a certified medical assistant.

“His needs are basic and his goals logical and attainable,” Webster wrote on her GoFundMe page. “He has a good head on his shoulders and a vision of where he’s going and what needs to happen to get there.”

Webster also uploaded a video interview with Hudgens to thank everyone for their kindness, and he said that he plans on taking people up on those job offers.

“It’s amazing,” Hudgens says in the video. “There are no words that can express the gratitude that I have for all of this.” 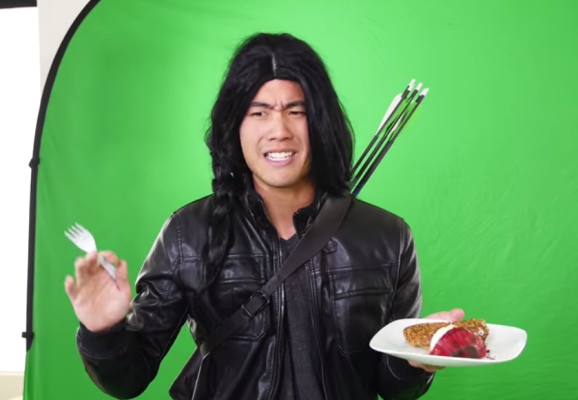 This Hilarious Video Teaches You How to Act Like All Your Favorite Movie Stars
Next Up: Editor's Pick