There Is a Real Threat to the Pope From ISIS, Says Vatican Security Chief

The commander of the Vatican’s security forces acknowledged the existence of a real threat to Pope Francis from ISIS, but said there is no indication of a planned attack on the Catholic leader.

Giani is the inspector-general of the Corpo della Gendarmeria, the police unit that protects Vatican City. “At the moment, I can say that we know of no plan for an attack against the Vatican or the Holy Father,” he said.

ISIS explicitly mentioned Italy and its Christians as a potential target recently, calling it “the nation signed with the blood of the cross” in a video that featured images of 21 Egyptian Christians beheaded this month. The Islamic militant organization also warned of its proximity to Italy, saying its forces are “south of Rome” in Libya. 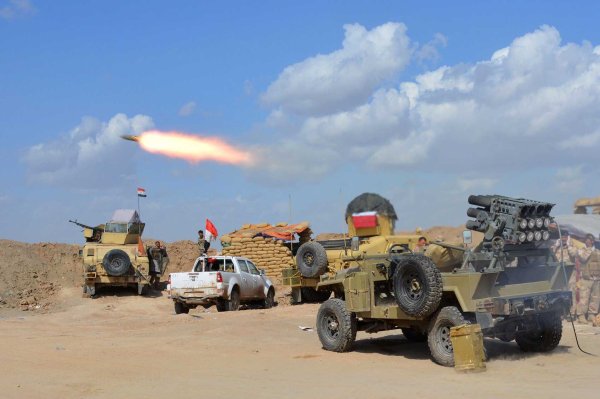 Iraqi Victory over ISIS in Tikrit Could Worsen Sectarian Strife
Next Up: Editor's Pick