War photographer Lynsey Addario’s memoir has barely been out for a month, but the bidding war for its film adaptation appears to be over.

Warner Bros. is finalizing a deal to bring It’s What I Do: A Photographer’s Life of Love and War to the big screen, TIME confirms, with Steven Spielberg attached as director and Jennifer Lawrence in a starring role.

Addario apparently met with all of the bidders, who reportedly included Darren Aronofsky (who wanted Natalie Portman as the lead), Working Title Films (who wanted it for Reese Witherspoon), Focus’ Margot Robbie and George Clooney, along with his producing partner Grant Heslov.

“I wanted [to work with] people with integrity like Warner’s and Andrew Lazar, people who will honor my vision and honor the passion that I brought to my work and bring that to their work,” Addario tells TIME. “It’s really about integrity, passion and being true to the issues that I cover.”

MORE: Meet the Photographer Who Found How to Balance a Life of Love and War

She has spent much of the past 15 years photographing the human toll of conflict, especially on women, from Afghanistan to Libya, Cuba to Iraq, India to Israel.

“I feel a huge pressure to be successful in communicating their trauma,” the mother of one, who’s been kidnapped twice, told TIME last month. “I have to make sure that I take this information and disseminate it in a way that’s useful to them in the long term; that will prevent other women from going through what they went through. I can’t imagine not dedicating my life to trying to stop those things from happening.”

Turning to Hollywood is the latest stage in the photographer’s life-long goal of keeping the spotlight on the people and issues she’s covered. “It means so much to me because people respond to Hollywood in a way that journalists can’t always access.” 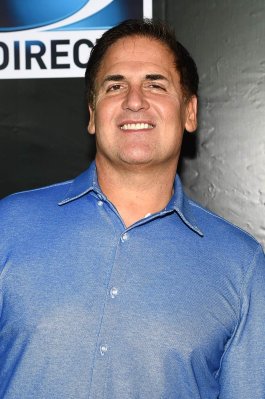 Sharknado 3 Gets 2 New Cast Members
Next Up: Editor's Pick