Why Bibi and Barack Can't Get Along

The messy relationship between Benjamin Netanyahu and Barack Obama began, appropriately enough, in a janitor’s office at Reagan National Airport in March 2007. U.S. and Israeli diplomats have been cleaning up ever since, as the two men have left a path littered with personal slights and policy differences.

But their confrontation over Netanyahu’s politically tinged speech to Congress Tuesday could end up being their messiest yet, affecting the outcome of U.S.-Iran nuclear talks, the upcoming election in Israel and the future of the Middle East.

Bibi and Barack’s hastily arranged first meeting was, in fact, cordial and respectful, according to those who were there. Obama was returning to Washington from the primary campaign trail. Netanyahu was headed back to Israel where he was the opposition leader in the Knesset. Both knew they might soon be in power, and both recognized it would be work to reconcile their differences.

For starters, they came from very different backgrounds. As TIME wrote in 2010, Netanyahu’s father, Benzion, was among the intellectual leaders of what is known as revisionist Zionism while his older brother became a national hero after leading, and dying in, the 1976 raid on Entebbe.

Obama for his part is the Christian son of an atheist father who had been raised a Muslim. The future president spent formative childhood years in a Jakarta house that had no refrigerator and no flushing toilet, and he still bears on his arm a scar from a playing-field cut perfunctorily stitched up in a Jakarta hospital.

But the real challenge the two have faced is their different policies in the Middle East. Obama came to office reaching out to Iran and pushing for Israeli-Palestinian peace. Netanyahu opposed warming ties with the militantly anti-Israel theocrats in Tehran and refused in early meetings with Obama publicly to embrace the possibility of a Palestinian state.

The two men have endeavored to put a positive face on their differences, and at times it wasn’t hard since they and their countries often had common interests. The two countries have collaborated on anti-Iran measures, and senior officials say the security relationship between the two countries has never been closer.

But as often as not, the combination of personal and policy differences, fueled by distrustful staffers, gave way to friction between the two men. There was the time Israel announced a massive expansion of settlements in East Jerusalem just as Vice President Joe Biden arrived there for talks—a traditional Israeli greeting for peace-process pushing U.S. diplomats that dates back at least to Secretary of State James Baker. Then there was “the Snub” —Obama’s 2010 decision to leave Netanyahu negotiating with aides in the West Wing while he went for dinner with his family.

The outcome of their latest confrontation remains to be seen. Netanyahu faces a tough election this month and the White House’s increasingly public criticism may well show their desire for a change in leadership. Netanyahu’s effort to encourage anti-Obama members of Congress to push new sanctions could help scupper the already tenuous U.S.-Iranian talks.

But even if nothing much comes of their latest confrontation, few imagine the men will ever be inclined to patch up their differences. As Netanyahu’s sometime political nemesis Avram Burg told TIME in 2010, the two men may simply be irreconcilable. “You cannot stitch together the world visions of Obama and Netanyahu,” Burg said. “This is a clash of the psychological infrastructure.” 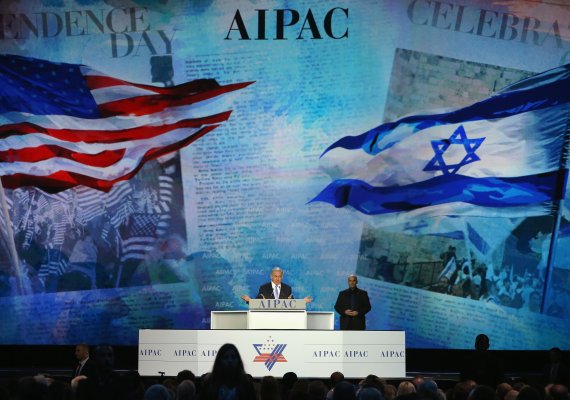 Netanyahu: Speech Not Intended to Disrespect Obama
Next Up: Editor's Pick