Jerome Jarre and Casey Neistat, Heroes in the Age of Vine

Everywhere Jerome Jarre goes these days ends up looking like a scene from A Hard Day’s Night, with a mob of screaming teenage girls jostling for a chance to snap a selfie with the Internet star.

More than 700 students packed into the largest lecture hall on Brown University’s campus last month to hear Jarre’s inexhaustibly optimistic message. The event was part of a Nantucket Project series that features preeminent thinkers, leaders and innovators in a wide range of fields.

“Every one of you is a hero, on your own journey,” his talk began.

Jarre’s journey began in a small village in rural France, where he was constantly bullied. At age 19, Jarre traded the comfort of home for a complete unknown. He dropped out of college and moved to China. There he learned English and transformed himself into somewhat of a globetrotting entrepreneur. Every one of his ventures failed, however.

After years of struggle and finding himself nearly penniless, Jarre made his way to New York City in 2013, when, on a whim, he downloaded the short-form video-sharing app Vine. He now has 8 million followers, and his videos have been looped more than 1 billion times.

At Brown, Jarre kept the audience captivated for over 90 minutes with the help of a co-star, Casey Neistat, the YouTube pioneer famous for his minimal-resource filmmaking and online hits including Make It Count and Bike Lanes.

When Neistat moved to New York City, he had nowhere to live and $800 in his pocket. Like Jarre, Neistat toiled and struggled. “If you remove all of the specifics,” Neistat said, “you find an almost identical trajectory.” Neistat started posting videos online in 2001, four years before YouTube was created. After becoming a bona fide Internet star, Neistat made a show for HBO that aired in 2010. His main YouTube channel today has more than half a million subscribers.

Neistat and Jarre have a lot more in common than fame. Their personas are that of the underdog and outcast: the bullied, the picked-on. The stories they tell online—unflinching looks at what it is like to grow up different—resonate with young people because the stories are so relatable.

Neistat’s rags-to-riches story was the subject of a film he produced for The Harbers Storytelling Project, a joint initiative of The Nantucket Project and Harbers Studios that aims to empower today’s rising generation of storytellers to explore and celebrate the most critical ideas of our time.

In introducing Neistat at Brown, Harbers Studios founder Renee Harbers recalled her experience of first discovering the filmmaker on YouTube. “The videos were totally fresh and honest and awesome and arrogant,” she said. “We were hooked.”

In addition to their success on YouTube and Vine, respectively, Neistat and Jarre are two of the most popular stars on Snapchat, which they’ve both embraced as a platform that is best suited to their unique, unfiltered brand of storytelling.

National media, Hollywood and top advertising agencies are all taking notice. As The New York Times observed of Jarre, “a mere mention of something on his Snapchat channel can quickly become a worldwide trending topic on other networks.”

And yet, Neistat and Jarre both insist they are not out to simply make money, nor are they satisfied to rest on their laurels as Internet celebrities. Jarre, for instance, rejected a $1 million offer to market candy in his videos, a decision that he documented on YouTube.

TIME is an official media partner of The Nantucket Project. 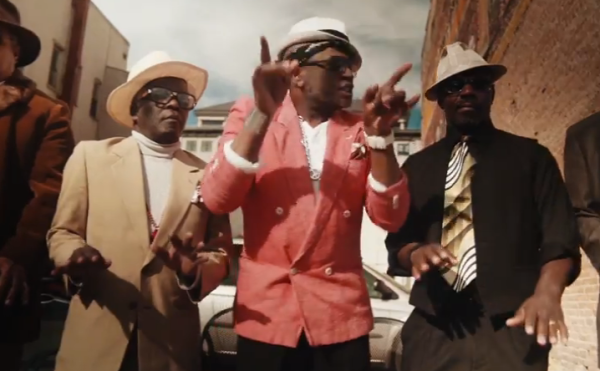 There's Now a 'Clean Cut' Version of Uptown Funk
Next Up: Editor's Pick