When Barbara Mikulski — the 78-year-old Maryland Democrat and longest serving woman in Congress, who announced Monday that she will retire in 2016 — ran for Senate in 1986, some people told her she didn’t look like a Senator.

Though she had already spent a decade in Congress, and though she had gotten her start as a community organizer and councilwoman in Baltimore, and though her run for Senate was one of three national contests that year in which both major candidates were women, gender and appearance still played into coverage of the race.

But, as Mikulski made clear, conversation about whether she or any of the other female candidates looked like voters’ ideas of what a politician should be was just a way to keep that image from changing. As TIME wrote then:

Mikulski won and became the first female Democrat to hold a seat in the Senate not previously held by her husband. As TIME put it back then, she had abandoned “petticoat politics” — an appropriate tactic for the woman who brought the pantsuit to the Senate.

Read the full 1986 story, here in the TIME Vault: No More Petticoat Politics

Read next: How Barb Mikulski Paved the Way for Hillary Clinton’s Pantsuits 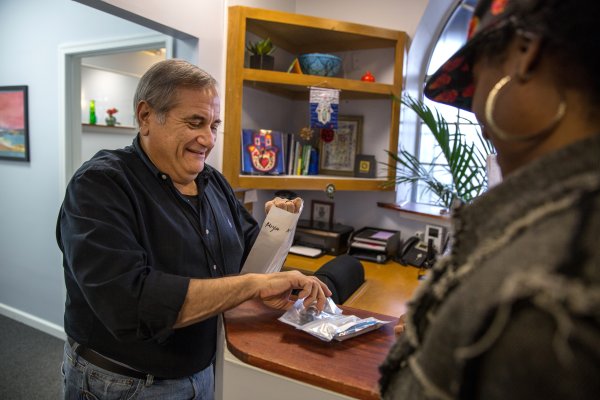