The Problem With Dolce and Gabbana's Motherhood-Themed Runway Show

Mother’s Day arrived early this year in Italy, where Milan Fashion Week is currently taking place. Sunday’s Dolce and Gabbana show, named “Viva la mamma!,” was entirely dedicated to celebrating motherhood. A handful of models walked the runway with their children and babies, while “Mama” by the Spice Girls played. Model Bianca Balti, heavily pregnant with her second child, even walked in the show. Designers Domenico Dolce and Stefano Gabbana have said the show was an homage to their own mothers.

The collection on display matched the mother-loving theme: ultra-feminine shapes — think full skirts and cinched waists — with loads of lace and florals. Many of the garments were emblazoned with the word “Mamma” or had children’s drawings printed across them, in the same vein as Angelina Jolie’s wedding veil.

It’s hard to deny the actual collection is stunning, but the idea of the show itself left me cold. Celebrating motherhood is all well and good, but this display was an entirely shallow endorsement of women that smacks of a gimmick. The theme might be sweet and largely inoffensive — after all, who doesn’t love moms? — but it also stuck to a particularly narrow definition of mothers. In D&G’s world, motherhood is the most limiting archetype of all, where women are radiant and impossibly beautiful, but not truly sexual.

Of course, it was nice to see a shape on the runway that falls outside the runway norm and isn’t pin-thin. One of the most justified and enduring criticisms of the fashion world is its reliance on ultra thin and, in some cases, unhealthy bodies. So props to Dolce and Gabbana, who asked Balti, clad in a form-fitting pink dress, to walk the runway. Alas, Balti was the only one on the runway who offered anything different, size-wise. (And, as others have pointed out, the models were mostly caucasian.) The rest of the models — even the new mothers — shared the typical model dimensions we’ve come to expect from fashion week.

But there’s a destructive side to flashily incorporating mothers-to-be and new mothers in a fashion show. In many ways our culture fetishizes mothers — and pregnancy — and the fashion and beauty industries are no different. Many women’s magazines and fashion websites have dedicated plenty of space to cataloging pregnant celebrities and their growing “bumps.” The very same publications devote even more attention to those women’s bodies after they give birth, either celebrating the return of a “pre-baby body” or tracking the struggle to bounce back to a so-called ideal.

Unfortunately, much of our culture’s focus on new motherhood and pregnancy ends up revolving around women’s bodies and how they look. That context is hard to separate in a fashion show — which displays women’s clothing on women’s bodies — that also tries to honor motherhood, no matter how well-intentioned.

Read next: World’s Most Famous Baby Photographer on the Power of Motherhood

Sign up here to get TIME for Parents, a free weekly email with all the most essential and insightful parenting stories of the week. 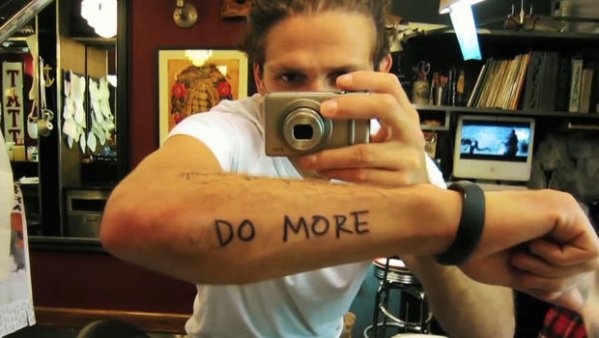 Jerome Jarre and Casey Neistat, Heroes in the Age of Vine
Next Up: Editor's Pick