This is shaping up to be the most important year in the tumultuous, not-quite-there-yet history of virtual reality.

A number of companies, from Facebook and Samsung to Google and Microsoft, are making significant pushes into the technology, which has been a mainstay of science fiction for decades but has largely failed to materialize as a viable consumer product. The latest piece of kit, the HTC Vive announced this weekend, is the product of a collaboration between the Taiwanese phone giant and Valve, the purveyor of the most important software distribution platform on the PC, Steam.

Virtual reality, or VR, has a long tortured history. Until three years ago, the technology was more or less moribund. Then Palmer Luckey (now 22), reignited interest with a series of prototypes for a new device called the Oculus Rift, which improved significantly on the old technology by taking advantage of advances in components for phones. His company, Oculus VR, was acquired by Facebook last year for $2 billion.

Most of Oculus’ advances, which are now being adopted or emulated by the likes of Sony and Samsung, are in how images are displayed to users wearing the headset. Long story short, a VR system has to display two sets of images—one for each eye—at very fast rates or the viewer will get nauseous.

But the HTC Vive, which the companies say will be available later this year, solves the next most vexing problems: once a viewer is seeing 3D space, how do they maneuver and manipulate the environment around them. Aside from content that is compatible with VR, these are the biggest outstanding questions. Once you’re there, what can you do and how do you do it?

Early development kits for the Oculus employ a standard console controller to move around, but that can be disorienting. Sony’s Morpheus prototype for the Playstation4 uses a set of controllers that look like ice cream cones with lightbulbs on top with similar results. And Microsoft’s recently unveiled HoloLens, which projects images onto the real world, uses hand gestures and arm motions. It’s still unclear which approach will win out.

HTC says its system will come with a base station that can track a user’s movements in 3D space. The company also hinted at a specific controller, perhaps a set of gloves, to enable users to manipulate virtual objects. Details are still scant, but this could solve the problems of mobility in a simulated 3D environment.

If Valve and HTC have indeed managed to do that, virtual reality may finally be ready for prime time. 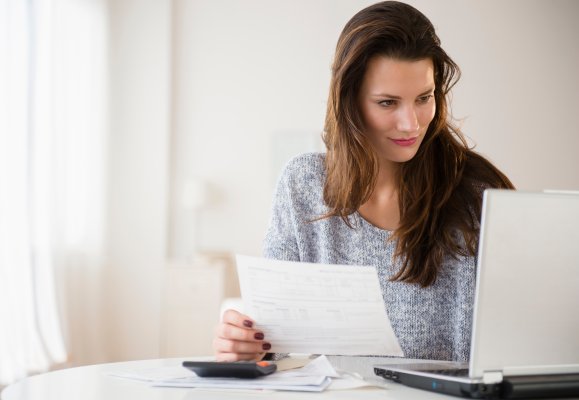 These Apps Will Make Filing Your Taxes Way Less Painful
Next Up: Editor's Pick