Kentucky Republican Sen. Rand Paul won the Conservative Political Action Conference straw poll for the third year in a row, but the real action was in second place, where Wisconsin Gov. Scott Walker took the honors.

Paul’s victory, with 26% percent of the vote, was widely expected due to the throngs of young, libertarian-minded attendees. (He won 25% of the vote in 2013 and 31% in 2014.) But Walker’s second-place win showed the Midwesterner’s growing credibility among conservatives.

In securing 21% of the vote, Walker is sure to ignite more buzz as he seeks to appeal to both the party’s wealthy elite and its conservative base. Former Florida Gov. Jeb Bush may be dominating the fundraising primary, but Walker is picking up support among the party’s grassroots.

Walker’s continued rise has only pressured the more moderate Chris Christie, who placed 10th with the unfriendly audience and is finding his path to the nomination narrowed by Walker and Bush.

Texas Sen. Ted Cruz, whose fiery brand of conservatism appeals particularly to the CPAC attendee, placed third with 12% of the vote.

But the straw poll’s results are hardly predictive of the GOP primaries, providing only a murky window into the polarized political party. Only registered attendees are provided a code with which to vote, turning campaign staffers and volunteers into temporary travel agents.

Behind the Scenes of CPAC 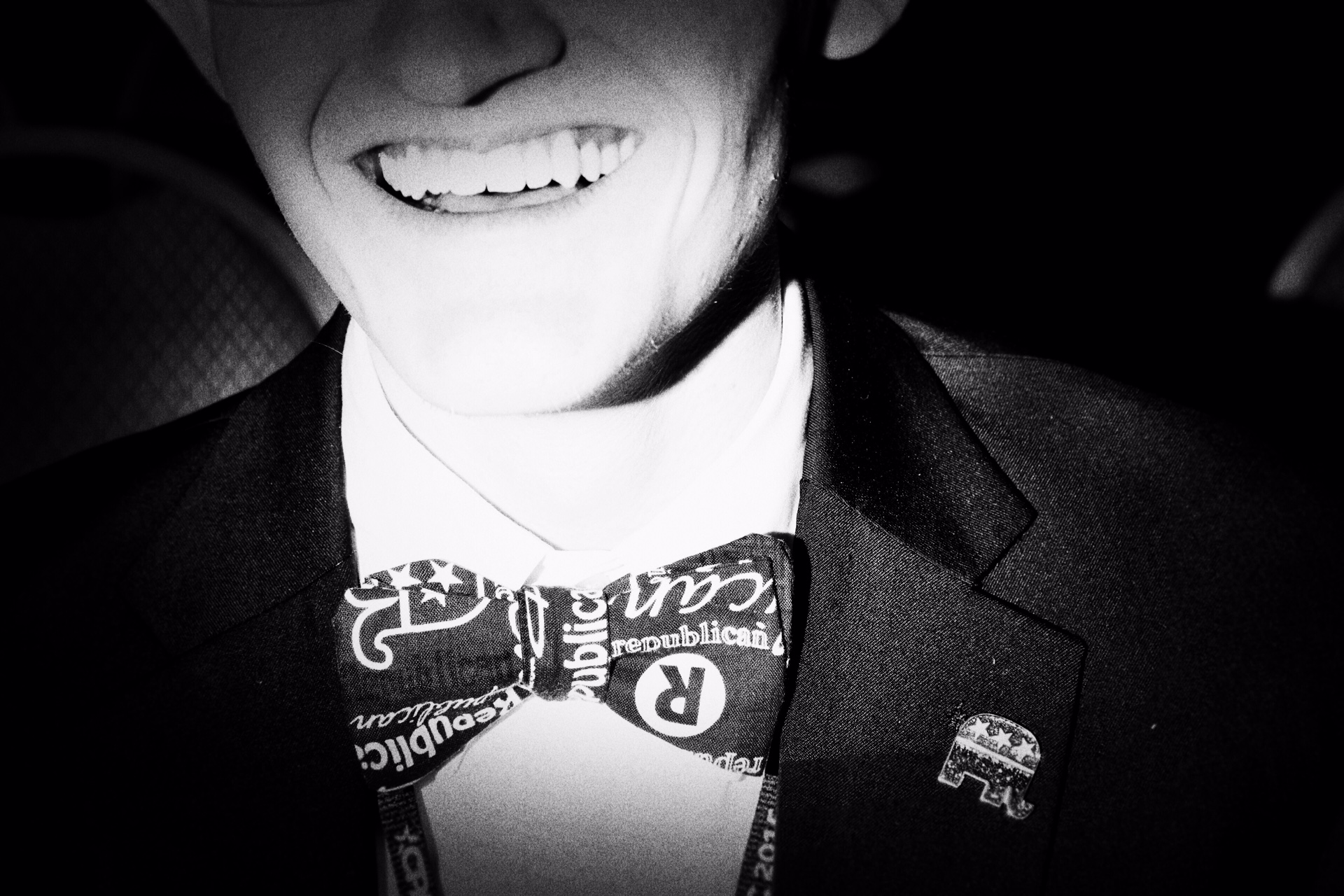 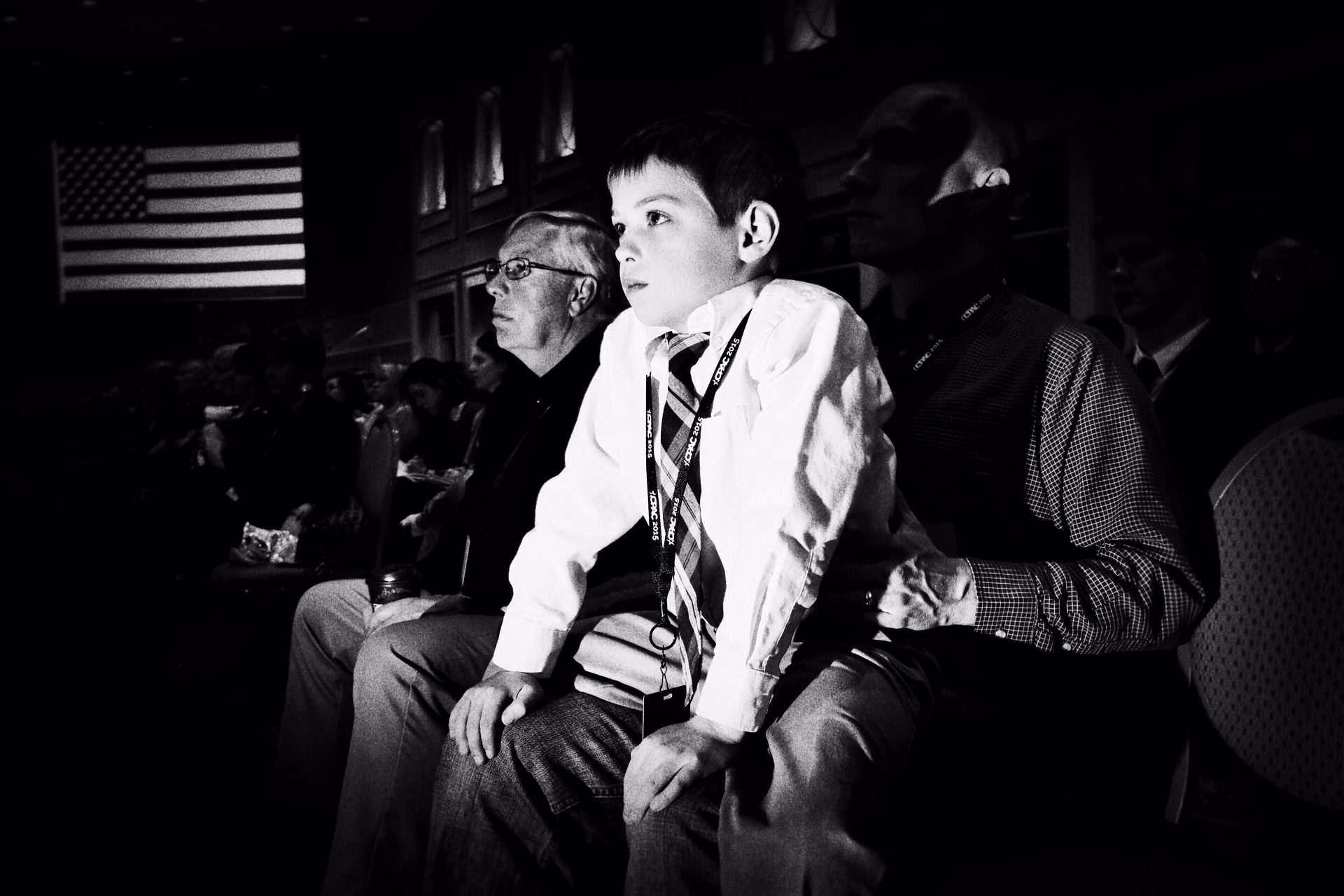 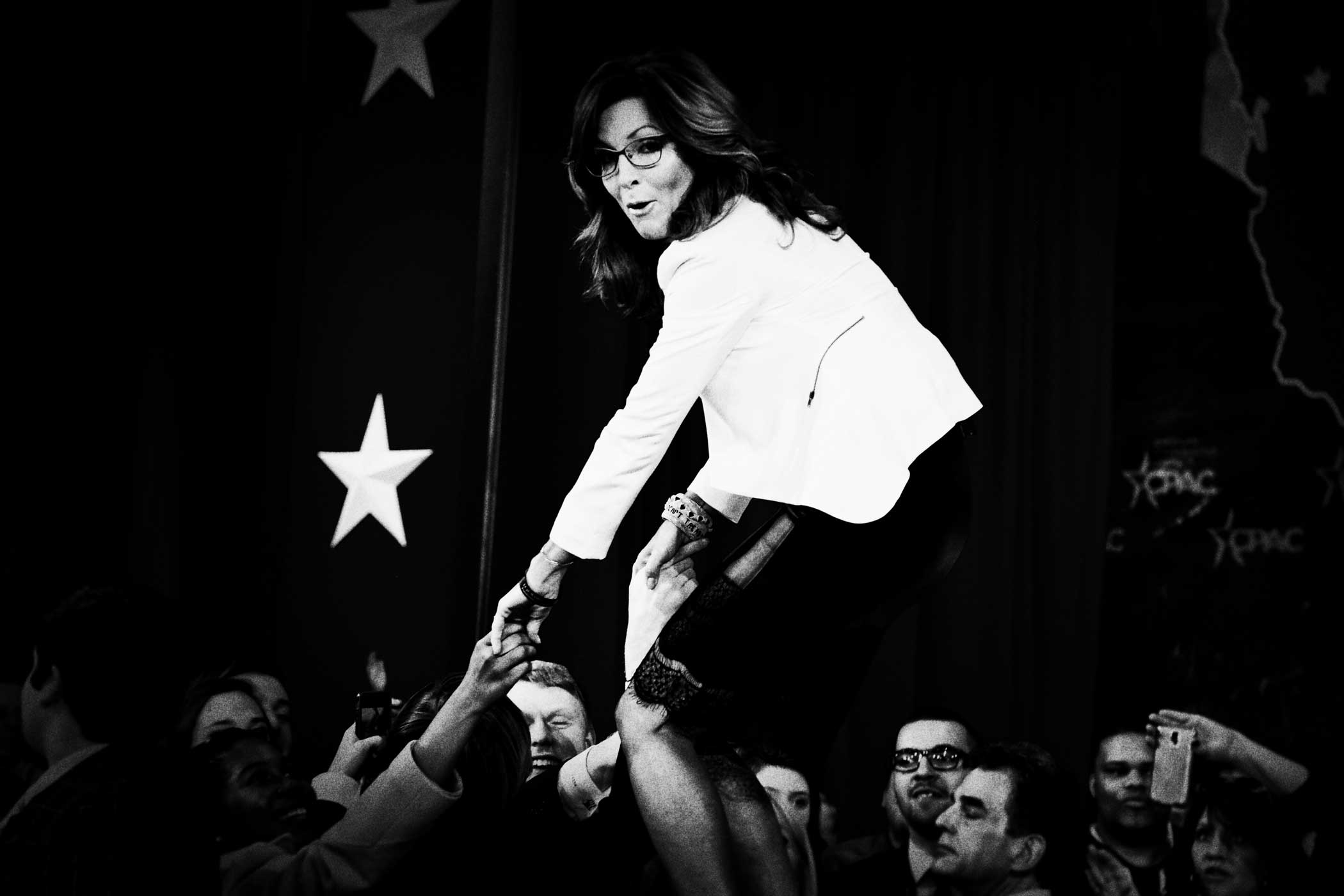 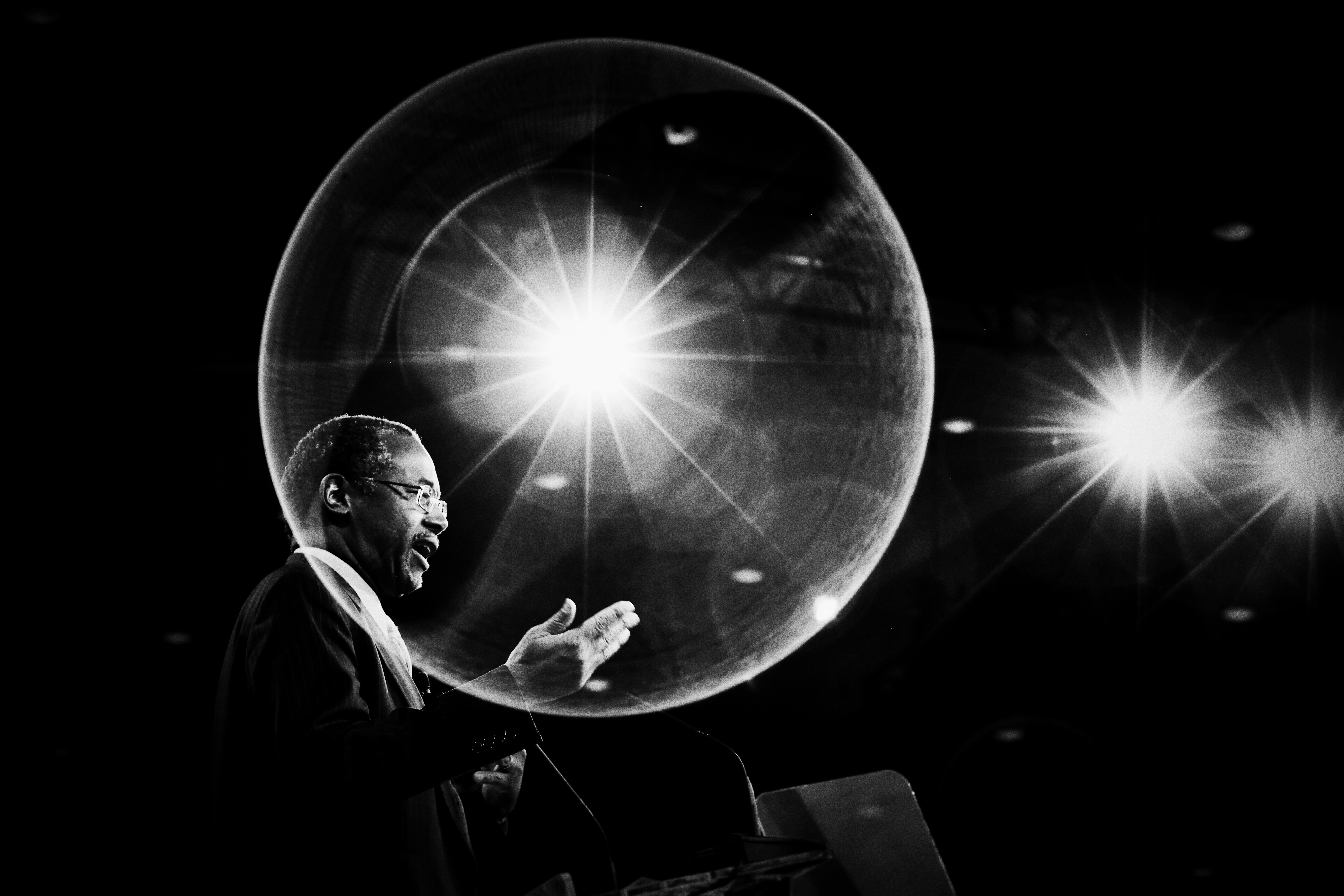 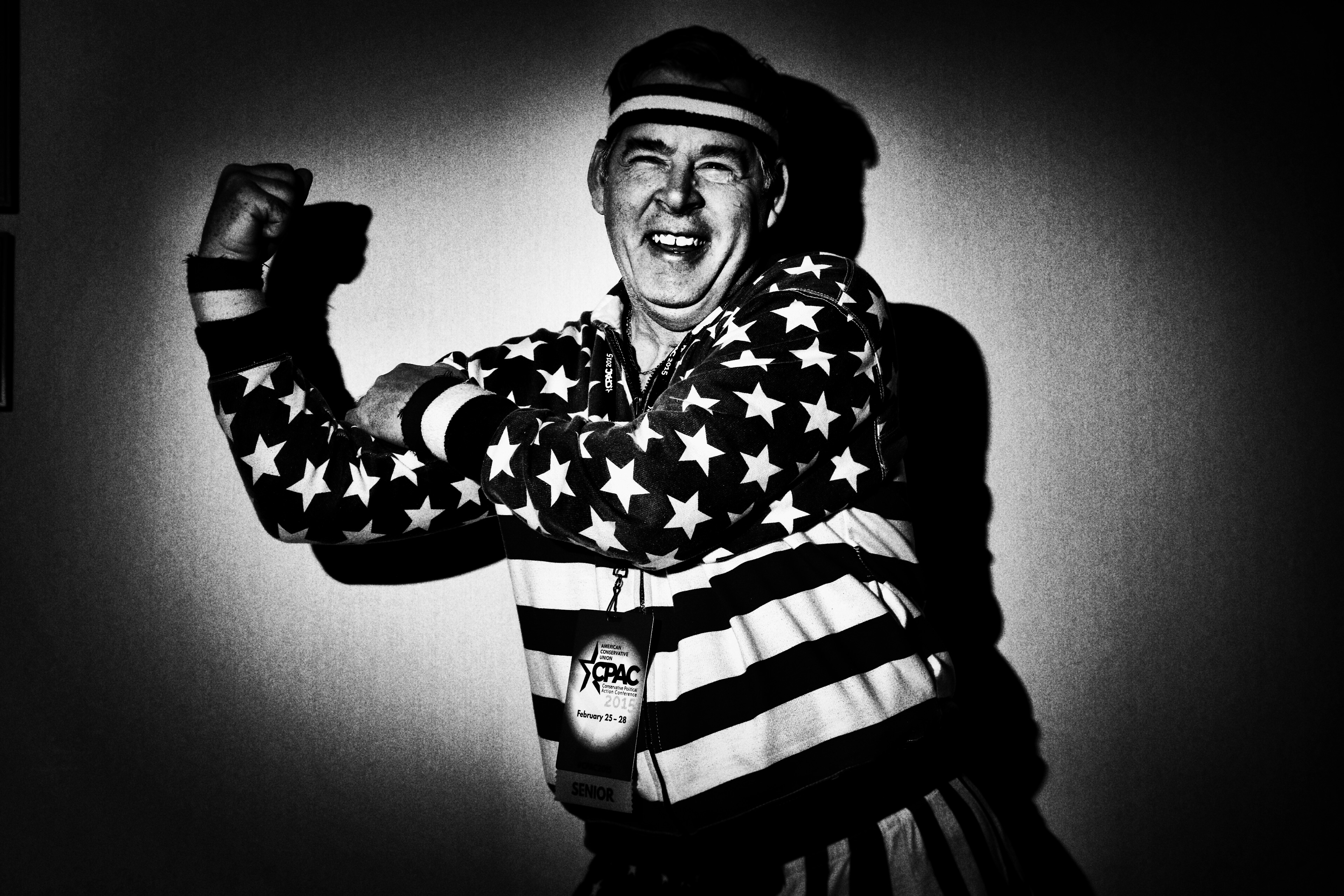 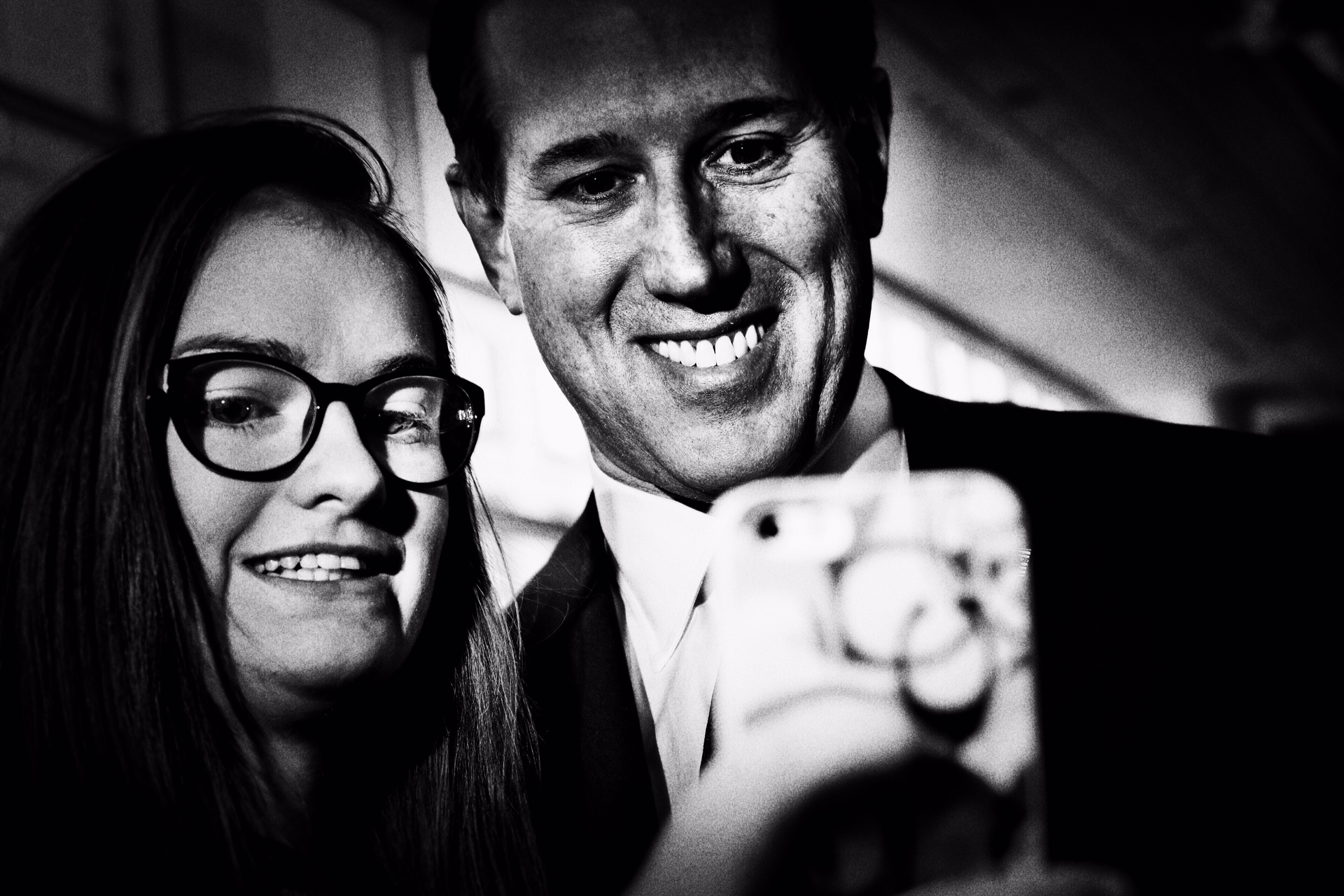 Rick Santorum takes a selfie with a supporter at CPAC in National Harbor, Md. on Feb. 27, 2015.
Mark Peterson—Redux for TIME 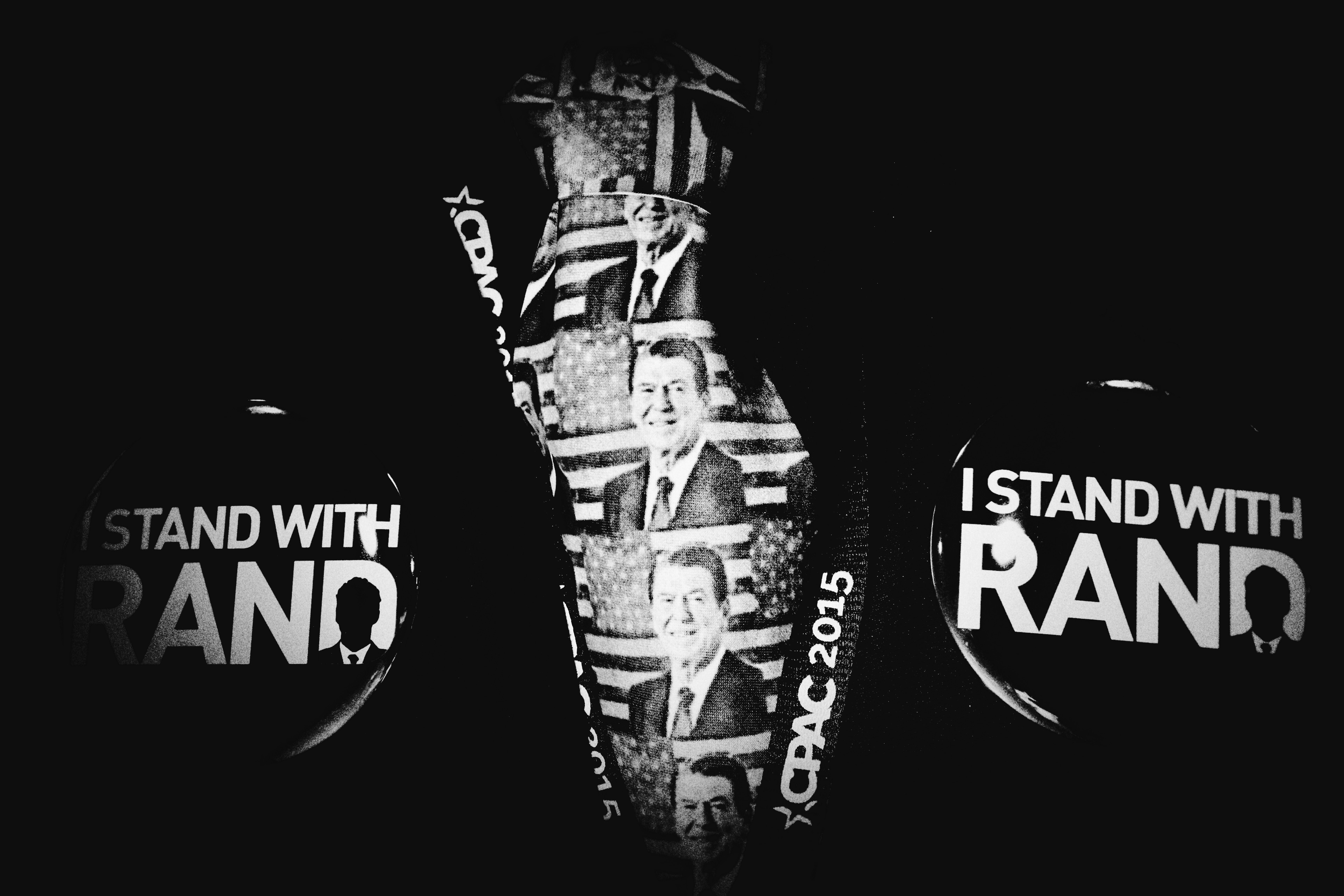 A Rand Paul supporter at CPAC in National Harbor, Md., on Feb. 26, 2015.
Mark Peterson—Redux for TIME 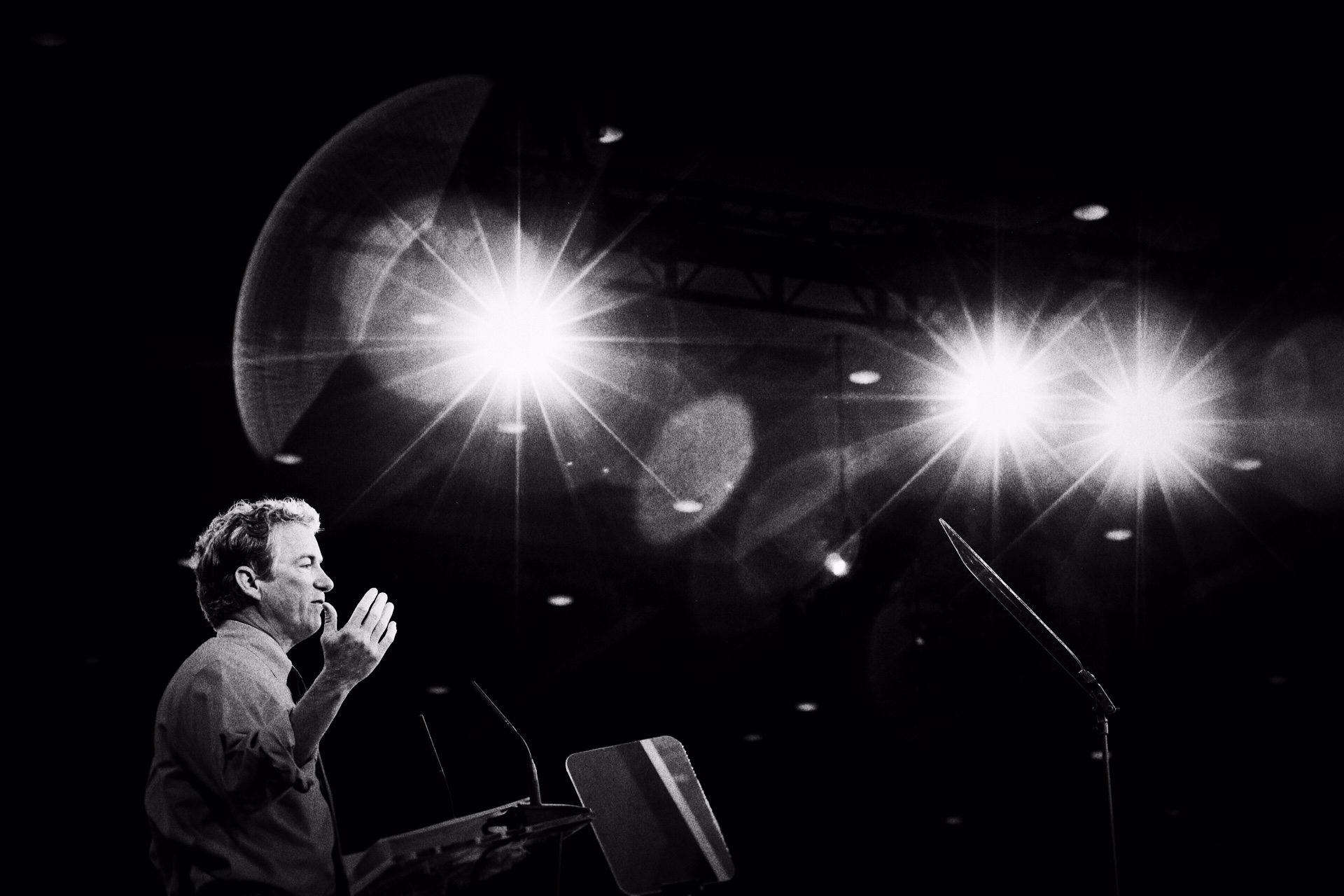 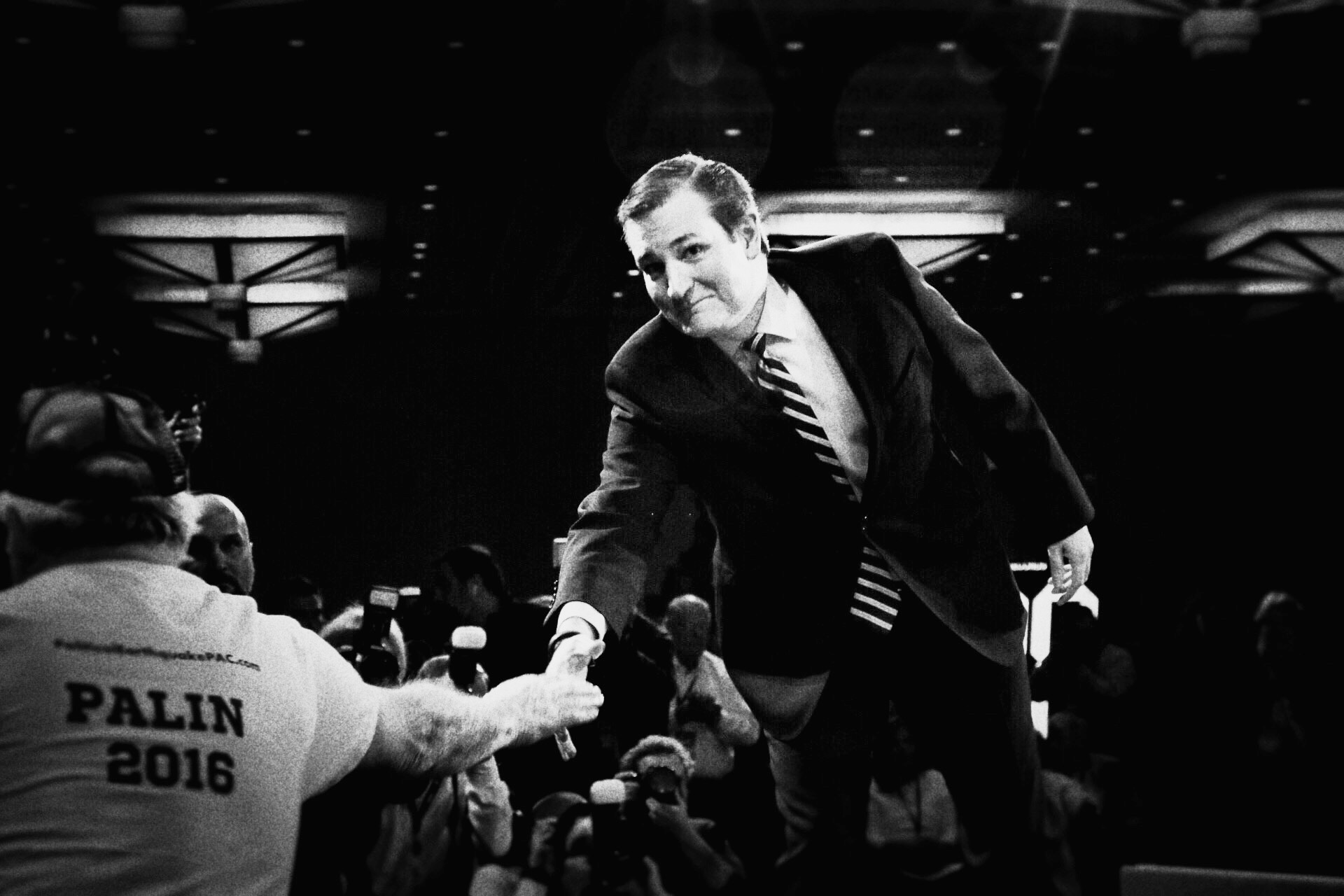 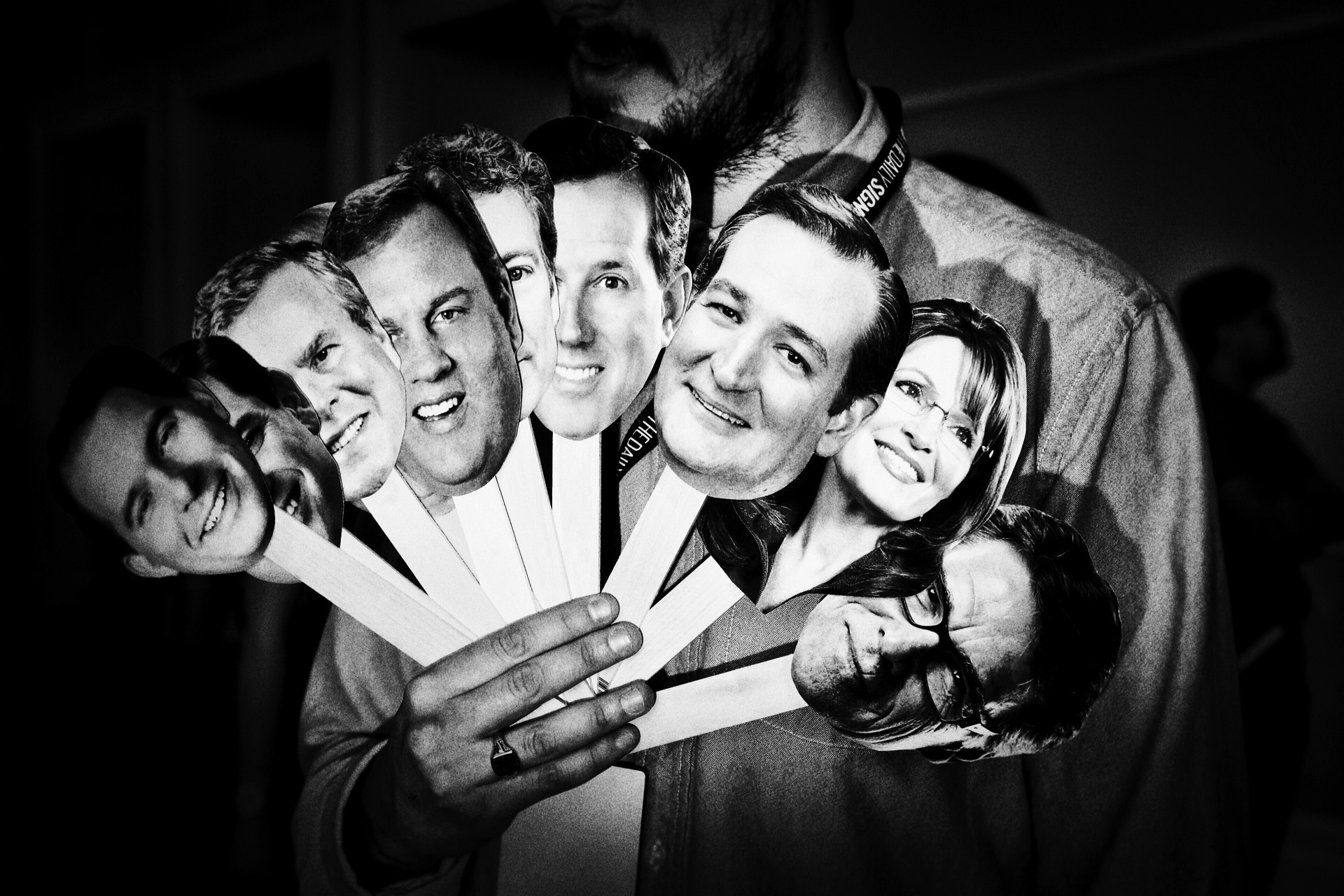 A reporter asks attendees to choose their favorite candidate at CPAC in National Harbor, Md. on Feb. 26, 2015.
Mark Peterson—Redux for TIME 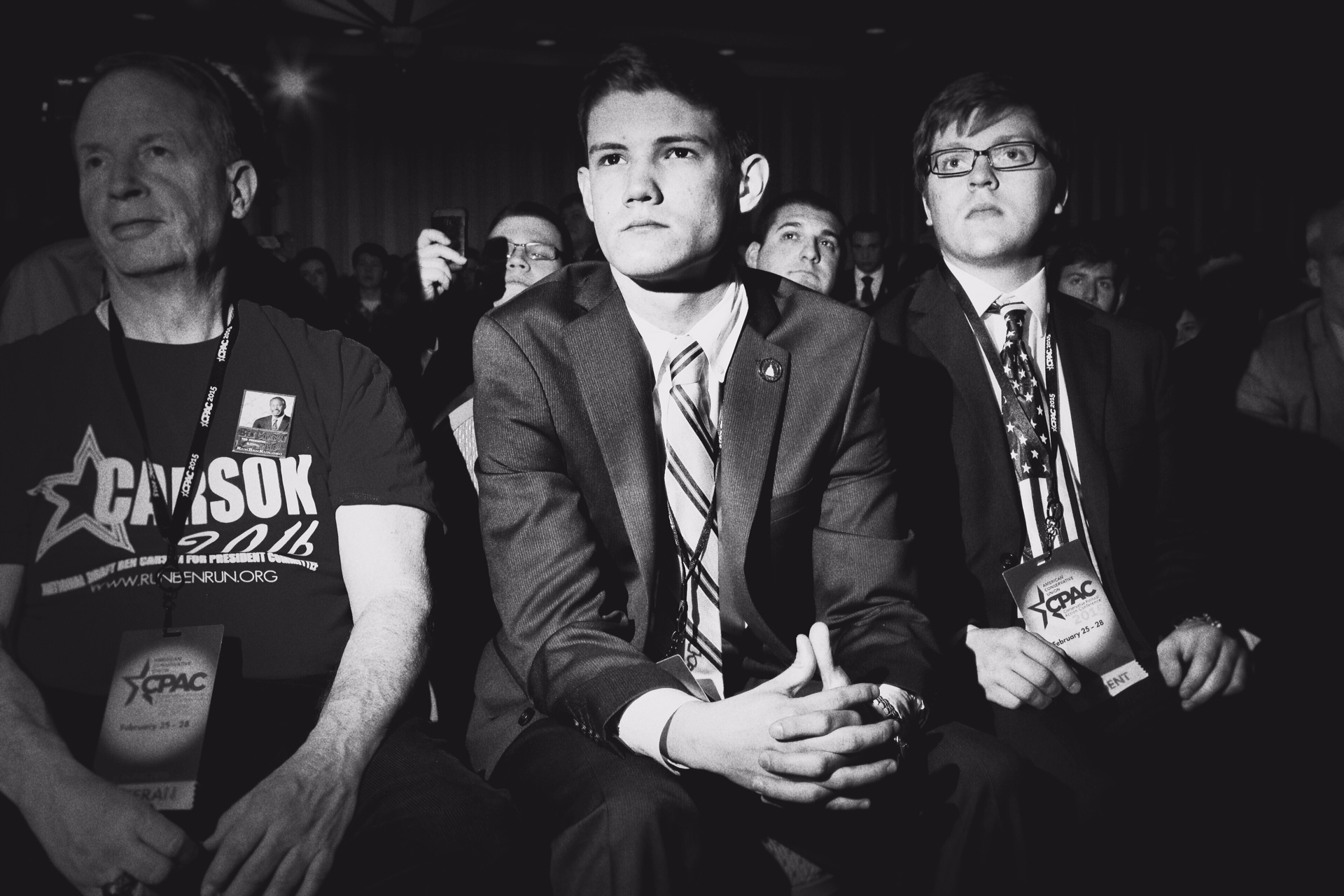 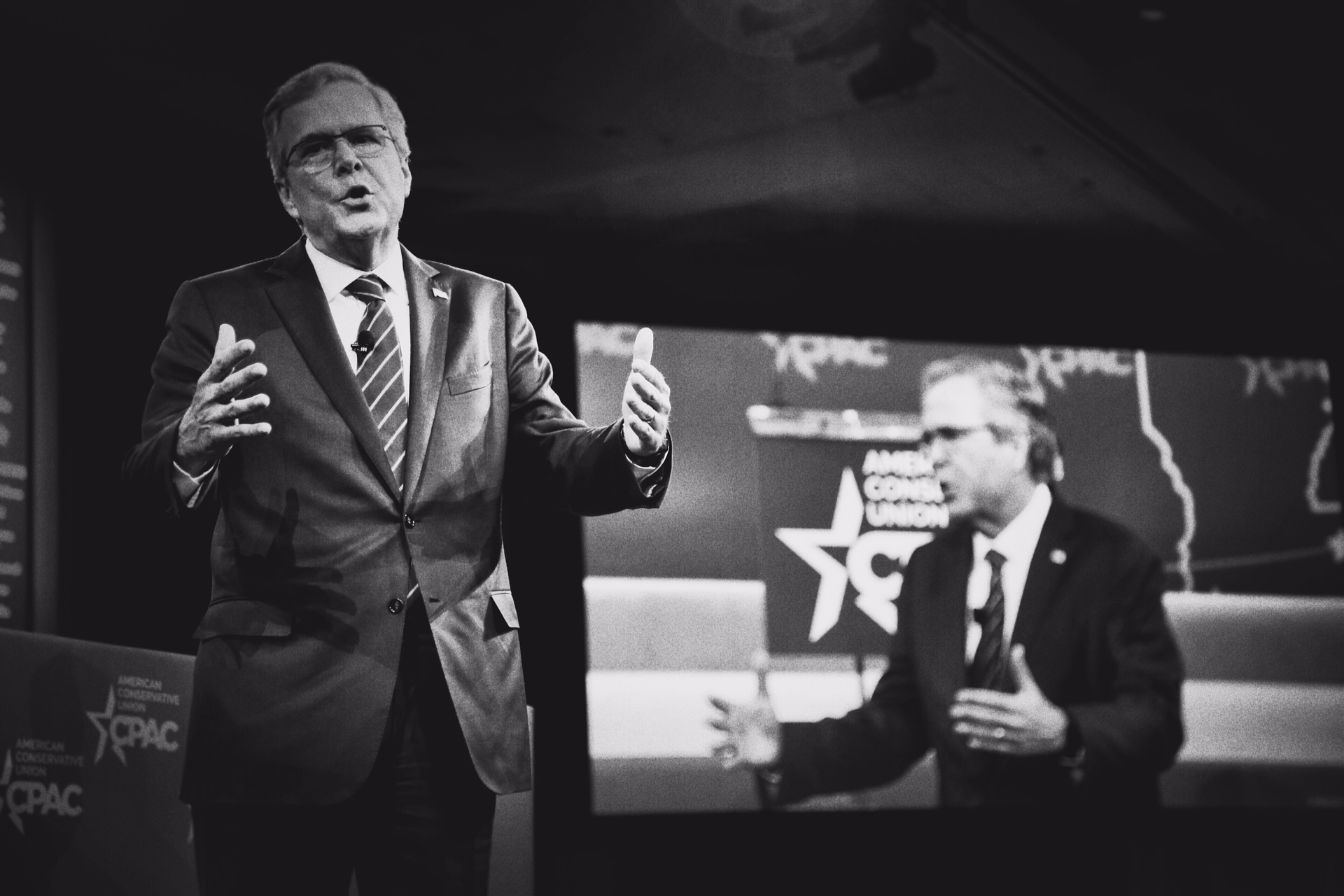 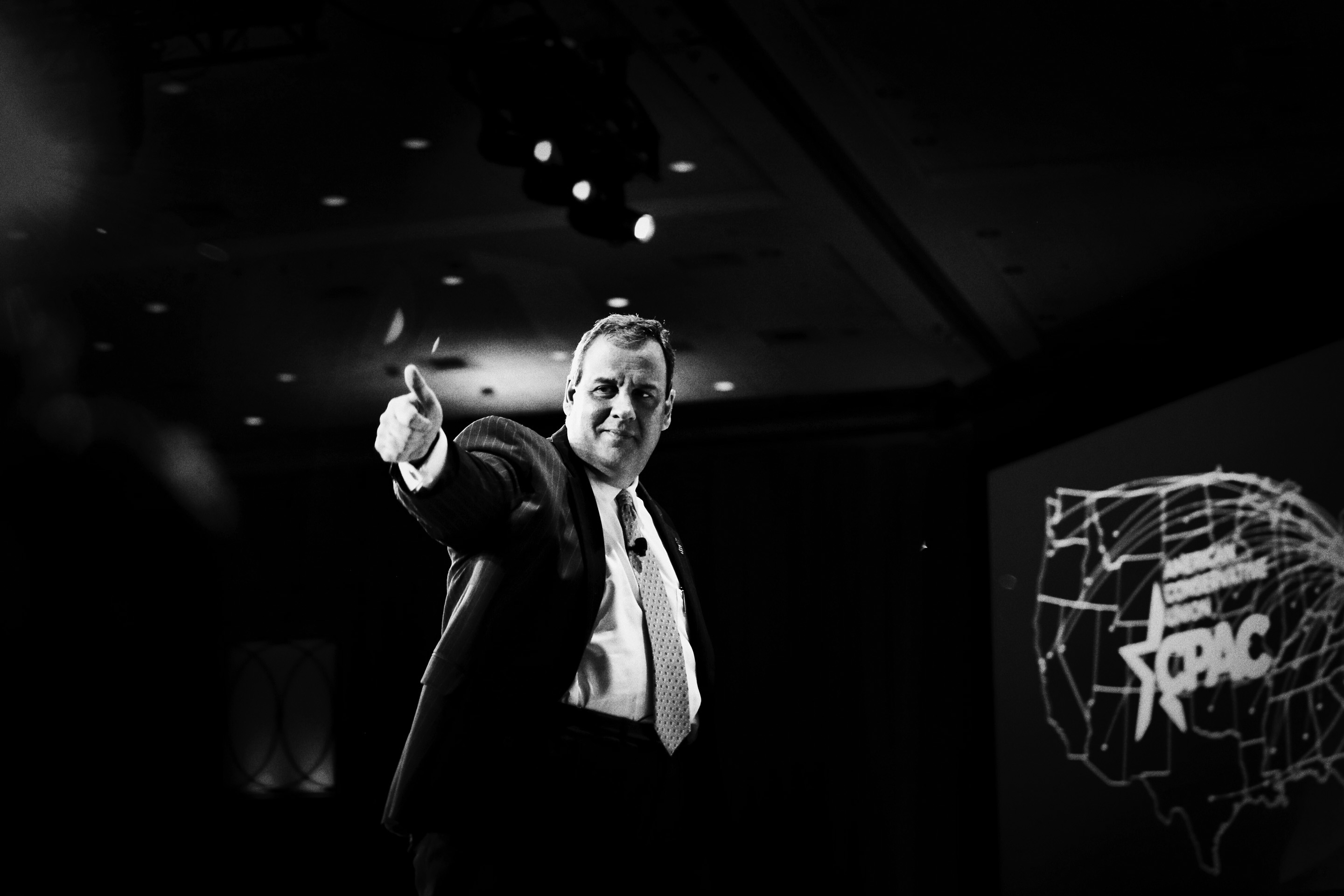 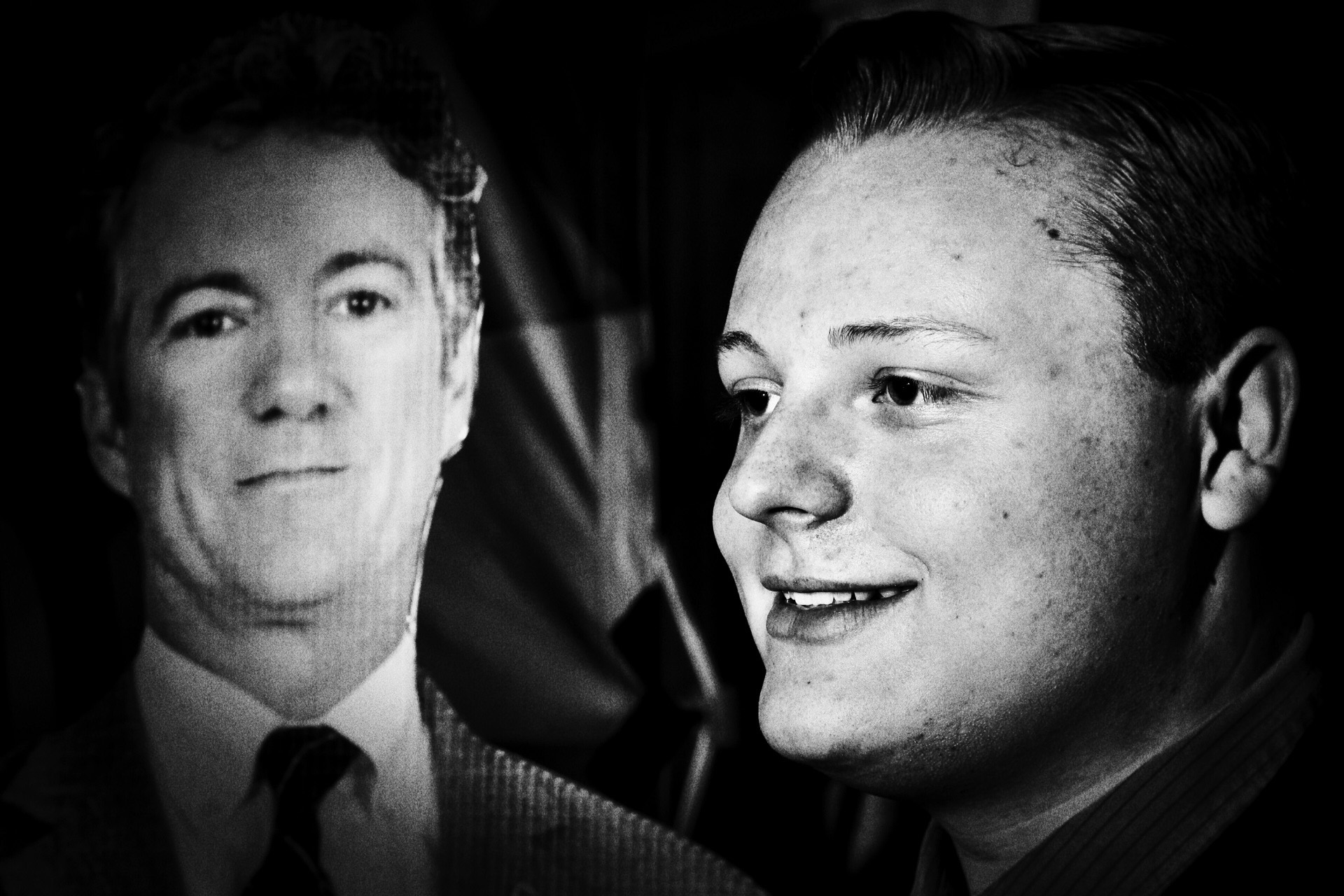 A supporter poses with a life-size cutout of Rand Paul at CPAC in National Harbor, Md. on Feb. 26, 2015.
Mark Peterson—Redux for TIME 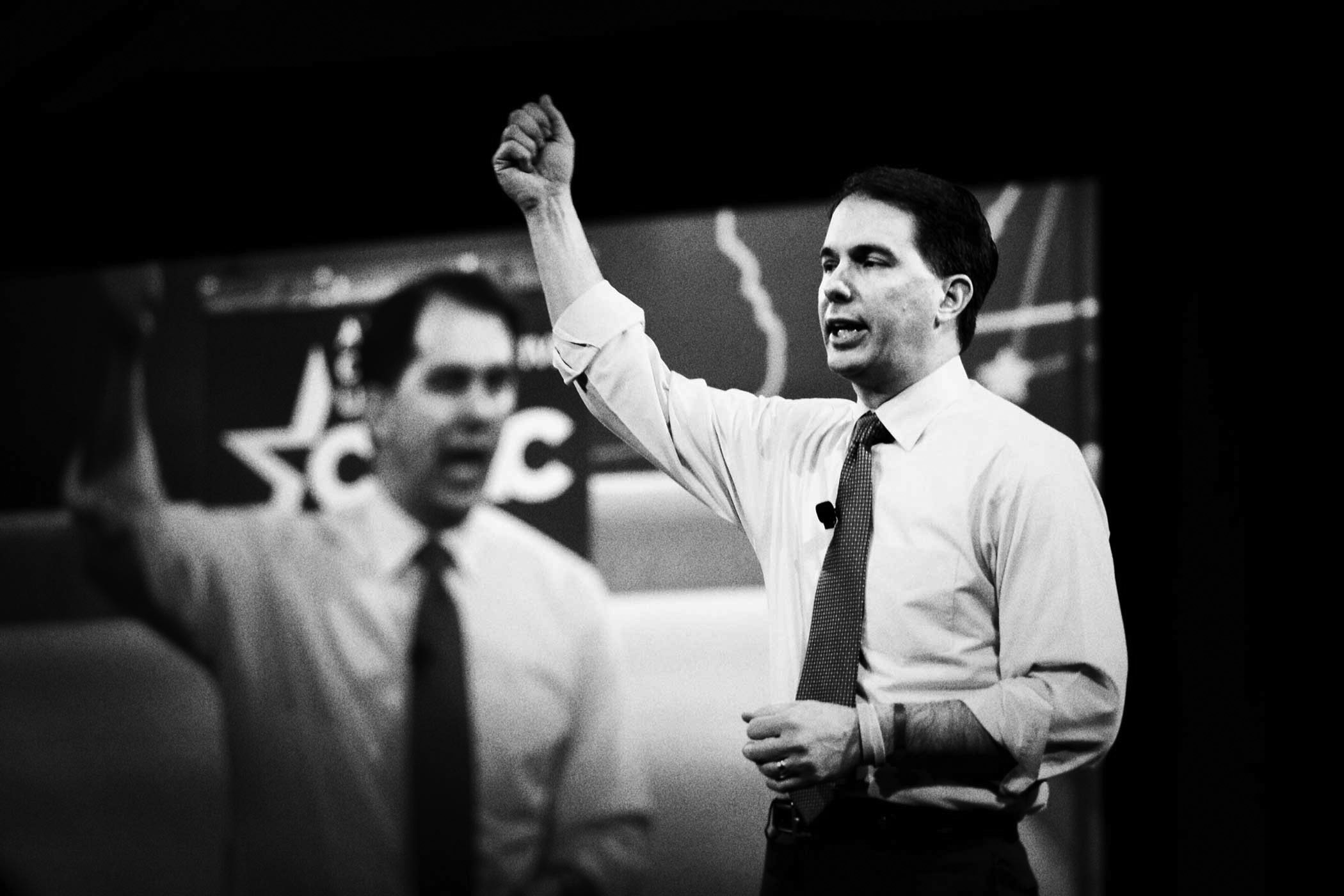 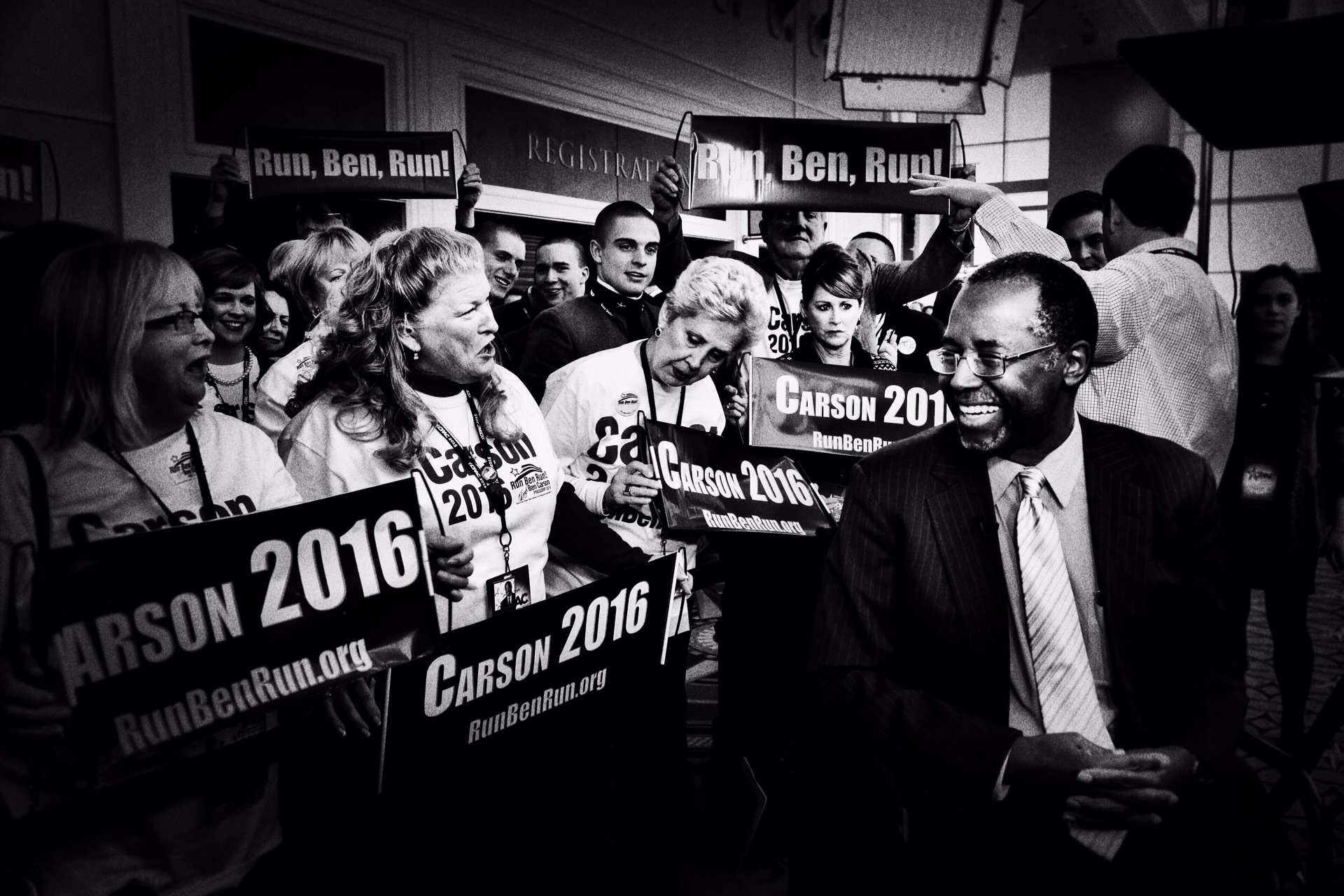 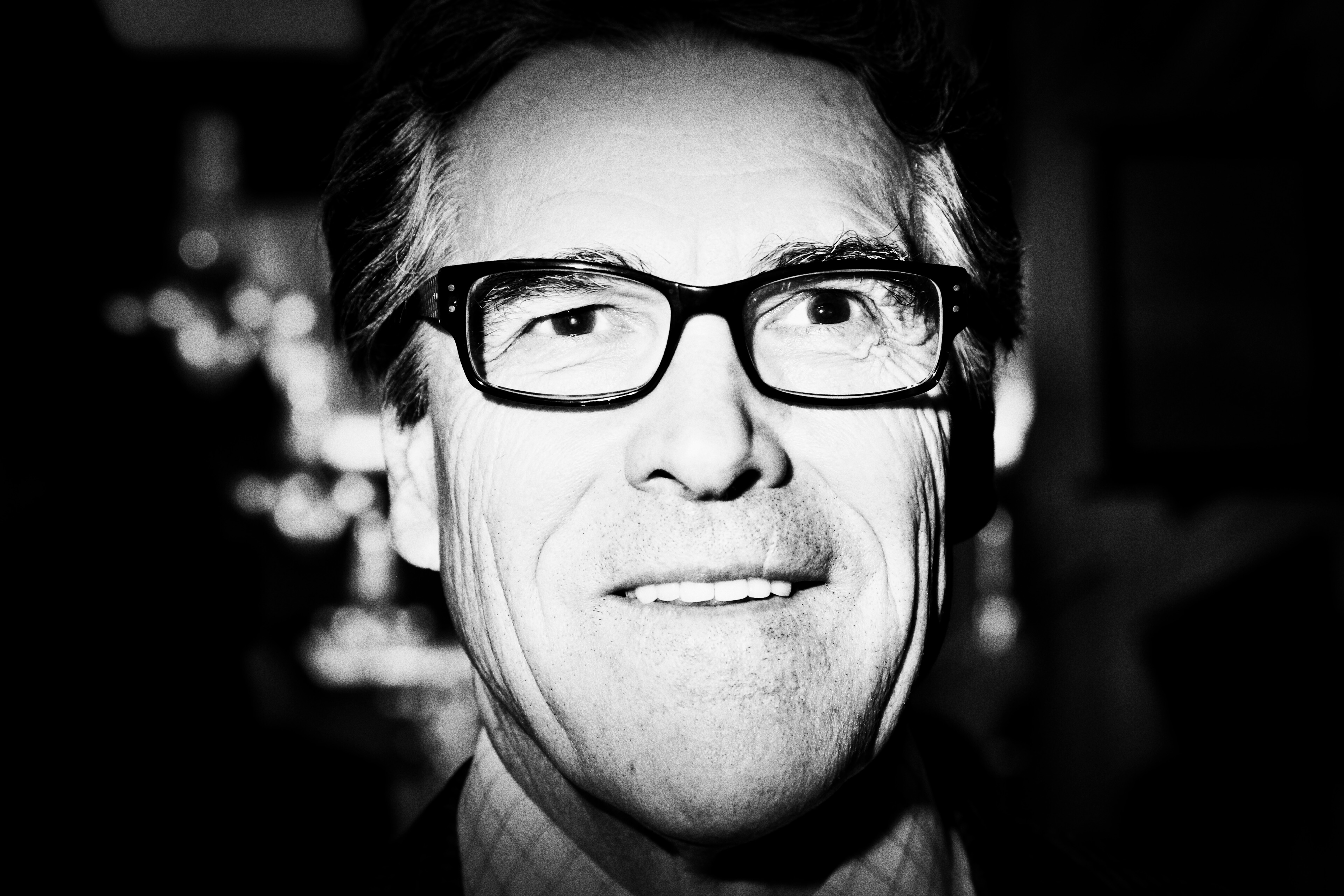 Buttons for past Republican campaigns on display at CPAC in National Harbor, Md. on Feb. 26, 2015.
Mark Peterson—Redux for TIME 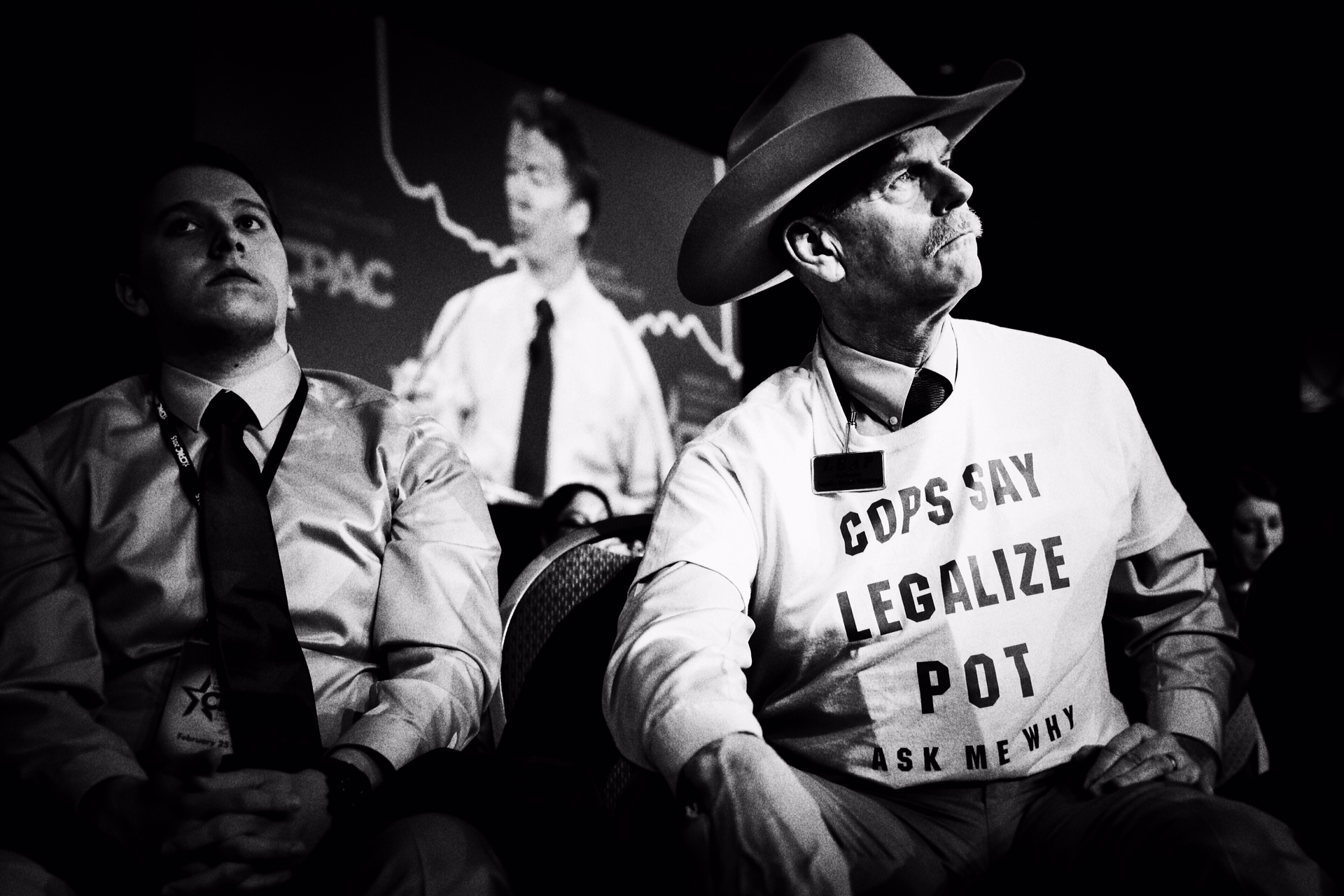 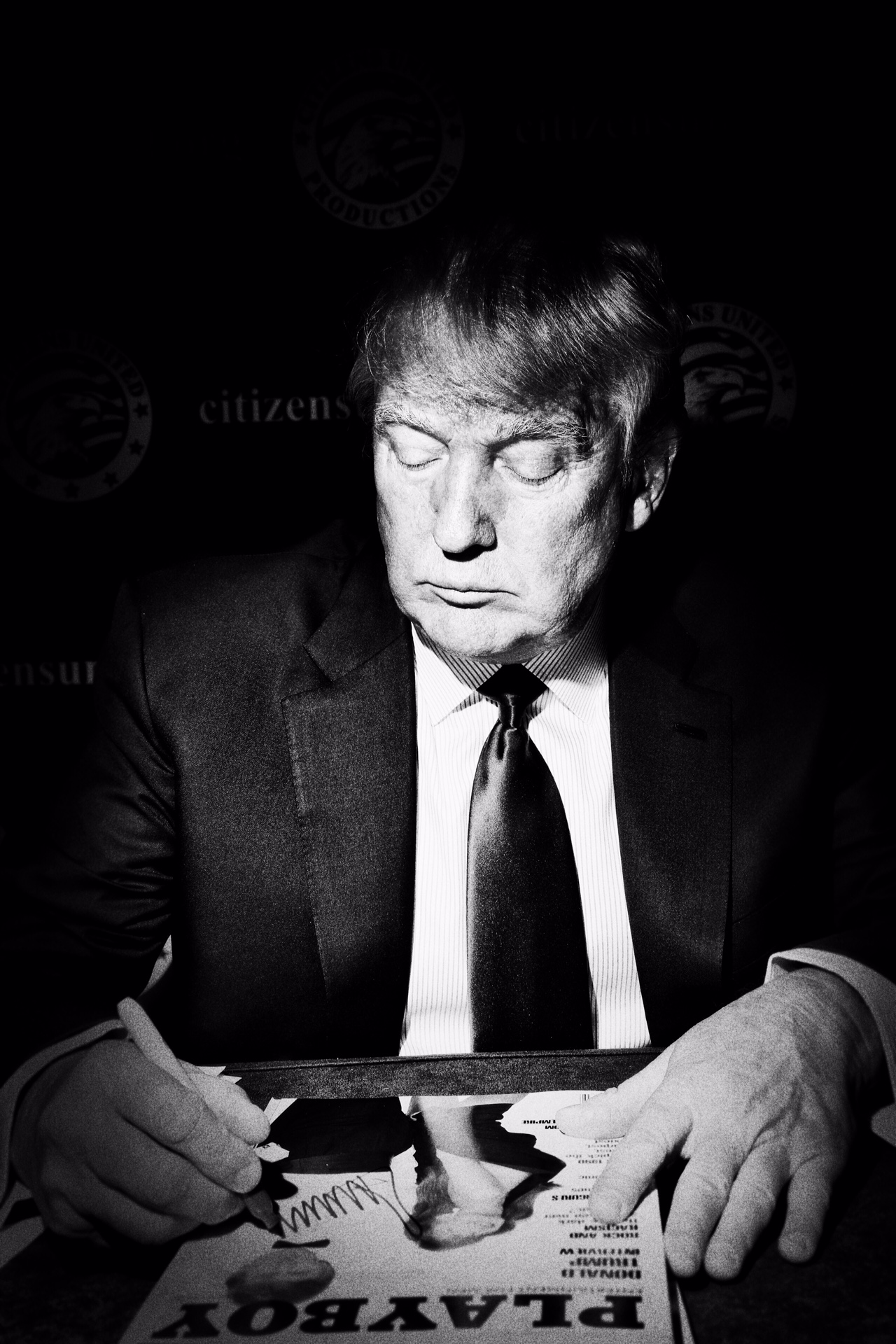 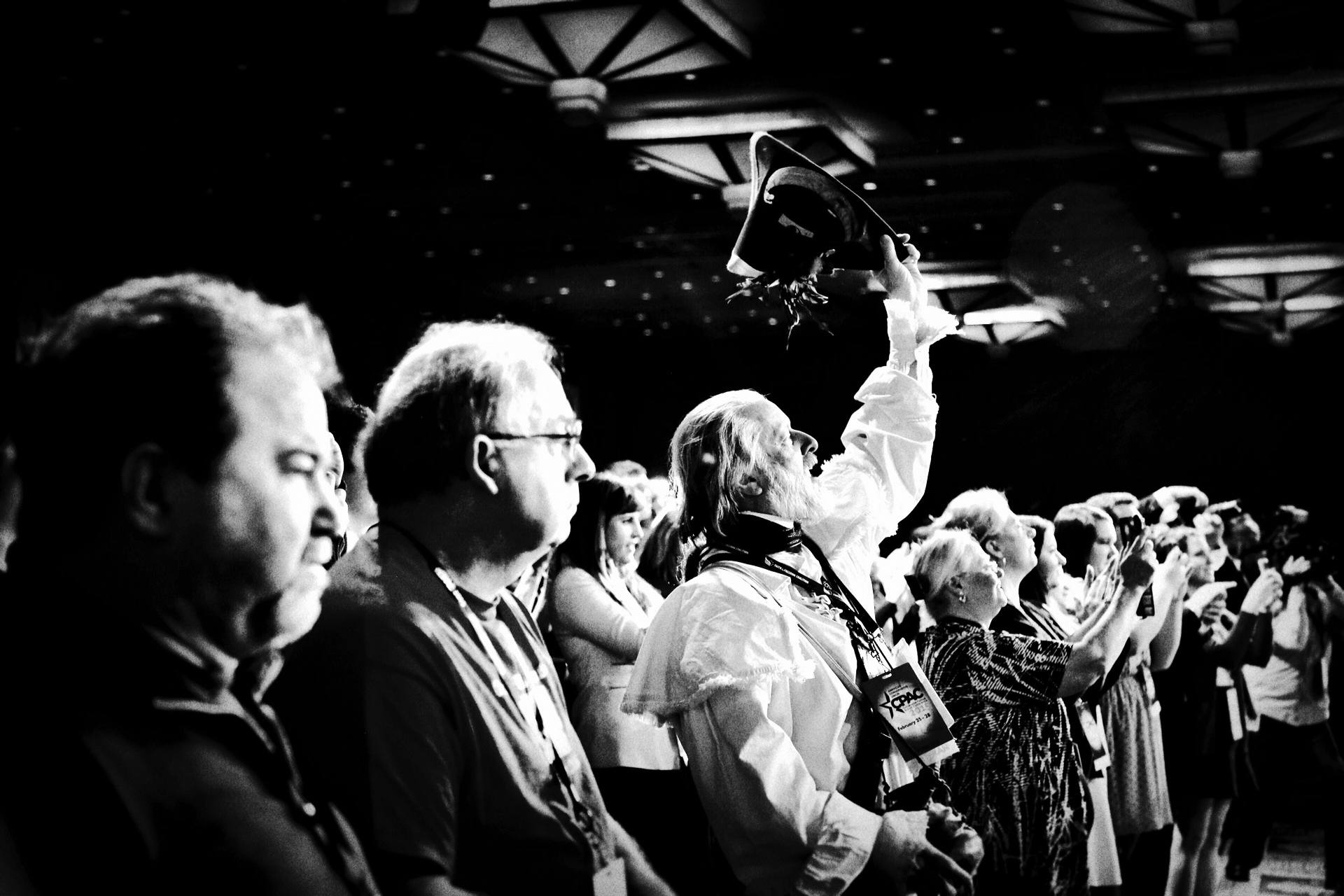 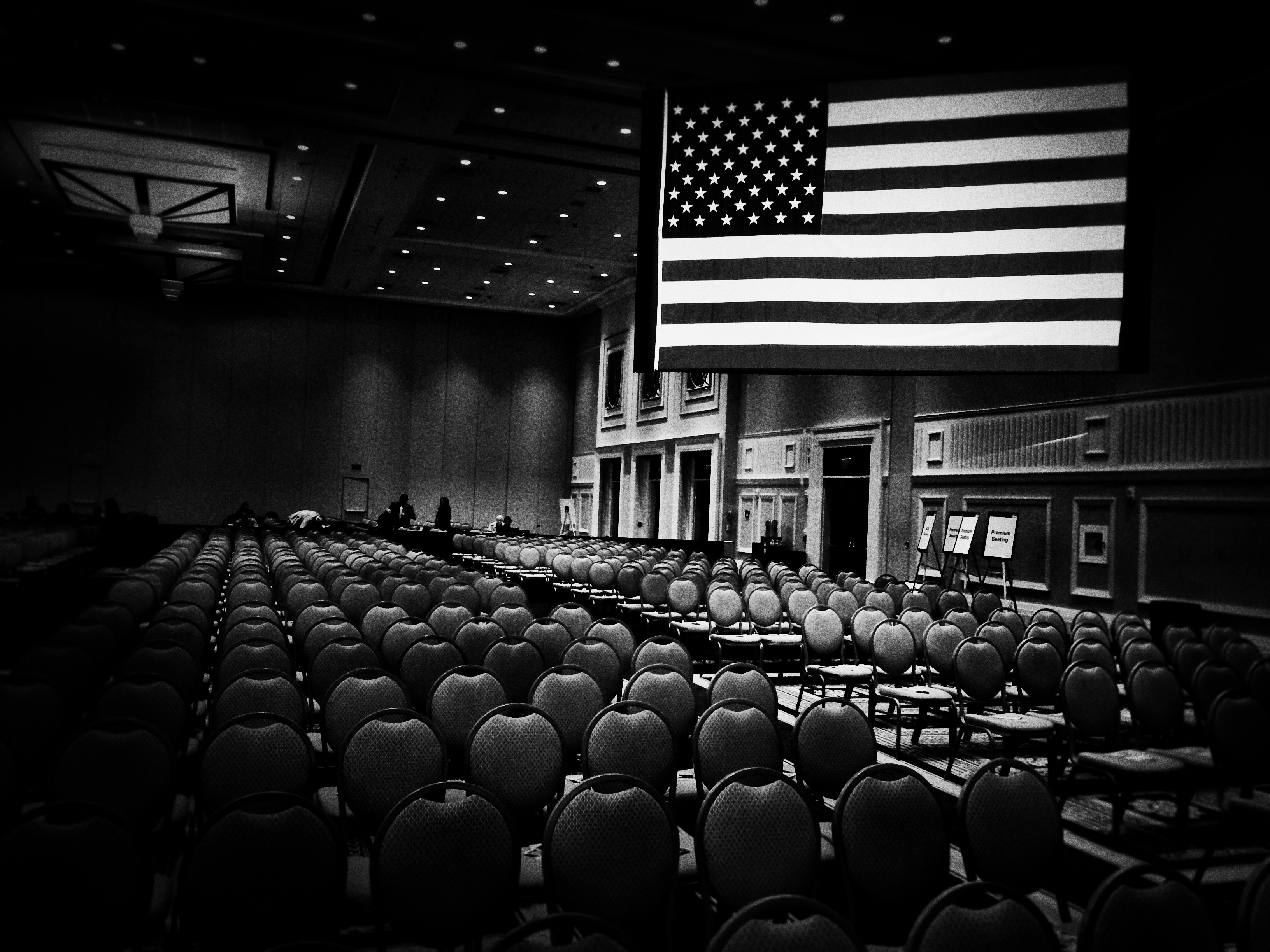 An empty room ready for the Conservative Political Action Conference in National Harbor, Md., on Feb. 26, 2015.
Mark Peterson—Redux for TIME
1 of 22
Advertisement

Bush came in fifth with 8% of the vote. He faced a skeptical crowd at CPAC, where the conservative base views the Bush heir as an establishment figure backed by Washington D.C.’s power brokers. Many view his support of the Common Core education standards and immigration reform with suspicion, and his appearance on Friday punctuated was by heckles and jeers.

Busing in supporters to pack the audience and juice the vote in the straw poll is a longstanding CPAC tradition. On Friday crowds of young students descended on the Convention Center, bused in by Bush allies who helped them obtain passes to the conference when he spoke.

Paul and Cruz’s PACs organized discounted registrations and hotel rooms nearby for young attendees, who play an outsized role in swaying the poll’s results.

Jeb’s fifth place finish, despite a coordinated effort to boost his support, highlights a central challenge of his campaign: convincing conservatives that he is one of them. Bush aides believe that once the candidate has time to share his record in Florida that conservatives will warm to him.

Bush will travel to Iowa next week for the first time this cycle, where he is expected to receive another wary reception.

The poll surveyed 3007 CPAC attendees between Wednesday and Saturday, a 22% increase over the previous year. Nearly half the voters were ages 18 to 25, indicating a heavy presence on college-age Republicans. Walker, whose son Matt is Midwest vice chairman for the College Republican National Committee, relied heavily on the student vote.