India's Prime Minister Narendra Modi, center left, and members of his government walk inside the parliament premises as they arrive to attend the first day of the budget session in New Delhi, Feb. 23, 2015.
Reuters
By Nikhil Kumar / New Delhi and Rishi Iyengar

Modi’s finance minister, Arun Jaitley, said the proposals laid out “a roadmap for accelerating growth,” as he delayed deficit-reduction plans to make room for new spending. But Jaitley steered clear of any measures to dramatically alter to the country’s economic architecture, sticking with, for example, food and fuel subsidies worth billions of dollars annually.

Instead, Modi’s government sought to balance the demands of business executives who were showing signs of impatience with the pace of economic reforms with measures to provide pensions and life insurance for the country’s poorest citizens. Here are five highlights from Saturday’s budget.

Jaitley announced plans to pump an additional $11.4 billion in road, rail and other such projects across the country next year. He also said the government would set up a new fund to spur investment in infrastructure, long seen as a drag on growth as businesses both big and small struggle to move goods around the vast South Asian nation. The World Economic Forum’s annual global competitiveness report, for example, places India 87 out of 144 economies in terms of infrastructure. “Our infrastructure does not match our growth ambitions,” said Jaitley, as he also announced plans to set up five major power plants with a capacity of 4,000 megawatts each.

Indian stock markets, which stayed open as Jaitley rose to speak in Parliament on Saturday, moved higher as the government unveiled a cut in corporate taxes from 30% to 25% over the next four years. “This will lead to higher levels of investment, higher growth and more jobs,” said Jaitley. A planned goods and services tax, meant to replace a series of federal and state-level taxes with a single levy, will be implemented from April next year. There was also a new tax on the country’s super-rich, or those earning more than Rs. 1 crore (around $162,000), who will now face a 2% surcharge on their incomes.

While lower corporate taxes cheered business executives, Jaitley also unveiled plans for a new, wide-ranging social security scheme, including a measure that he said would provide government-subsidized accidental death insurance to the poor for an annual premium of Rs. 12 — or around 20 U.S. cents. There were also plans to provide pensions for the poor, and subsidize physical aids for senior citizens living below the poverty line.

Steps to bring tourists to India

The government said it would increase the number of countries covered by India’s visa-on-arrival initiative to 150 (albeit “in stages”) from the 43 announced last November, in order to boost tourism to the country. There were also measures to spruce up the country’s historic monuments, many of which are in need of restoration work.

A tax break for yoga

Prime Minister Modi approvingly thumped his desk in Parliament as Jaitley announced a move to class yoga as a charitable activity, making its promotion eligible for tax exemptions, according to the Press Trust of India news agency. A longstanding advocate of the discipline, Modi last year appointed a separate minister in his government responsible for the promotion of alternative therapies such as yoga and traditional medicine. 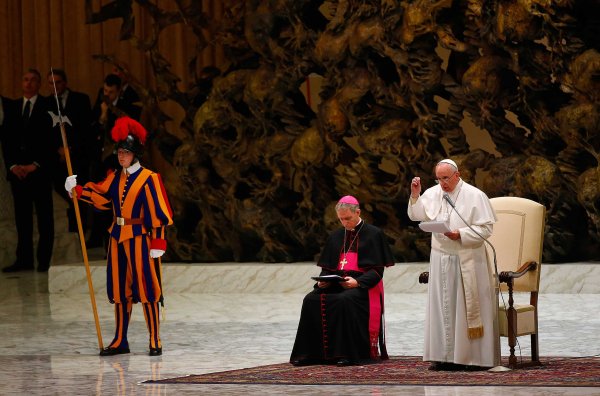