Pope Francis delivers his speech during a special audience with members of the confederation of Italian cooperatives at the Vatican, Feb. 28, 2015.
Tony Gentile—Reuters
By Daniel D'Addario

Pope Francis has once again spoken out about the global economic climate, decrying an economic system that “seems fatally destined to suffocate hope and increase risks and threats.”

Speaking in Rome, the Pope condemned what he called a “throwaway culture created by the powers that control the economic and financial policies of the globalized world.”

But he proposed a solution of sorts, in the form of economic cooperatives that would help spread wealth equally: “Money at the service of life can be managed in the right way by cooperatives, on condition that it is a real cooperative where capital does not have command over men but men over capital.”

He quoted his namesake, St Francis of Assisi, in calling money the “devil’s dung,” according to Vatican Radio. “When money becomes an idol, it controls man’s choices,” he added. “It makes him a slave.”

This is far from the first time the Pope has addressed the condition of the working class in the globalized world; in a speech at the U.N. last year, the Pope asked world leaders to redistribute wealth. 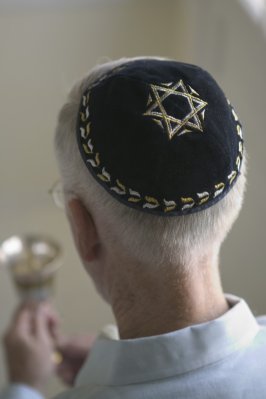 Harassment of Jews Across World Hits 7-Year High
Next Up: Editor's Pick