Nimoy's Greatest Performance Had Nothing to Do With Star Trek

The world is eulogizing the great Leonard Nimoy after the 83-year-old actor passed away Friday. To be sure, the man best known as Spock in various incarnations of Star Trek had a long and varied career. People will be remember the ways in which he influenced, moved or made them laugh for weeks to come.

To me Nimoy’s greatest performance was in what, for most, will seem a minor footnote. In the late-1990s, he provided voice-over narration for one of the strangest, most wonderful experiments in video game history: Seaman. Released for Sega’s Dreamcast console, the Japanese game put a virtual pet in the care of players who were charged with feeding, nurturing and guiding its evolution from sea to land. You could talk to the creature through a microphone accessory plugged into the Dreamcast’s controller and, eventually, he would begin talking back. It was strange.

But also delightful. The game, which Nimoy welcomed you to every time you booted up with a joke or piece of advice, did what emerging (if flawed) technology does best, giving you a sense of what might be possible. A lot of the time it didn’t work correctly, or at all. (Voice-recognition was much less sophisticated, not to mention the lackluster processing power of Sega’s ill-fated console.) But the game was a kind of equation with wonder as the chief variable. And Nimoy’s voice lent the whole thing shape and credence, turning what might have been a trifling experiment into something pretty grand.

You can see gameplay and some of Nimoy’s work here. 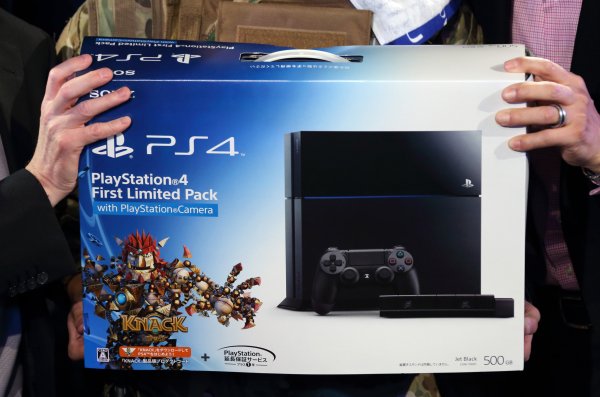 The Surprising Reasons People Buy the PlayStation 4, Xbox One or Wii U
Next Up: Editor's Pick