Earlier this week, adult possession and use of marijuana became legal in the District of Columbia. There were no parties in the street or any kind of public consumption of marijuana. No one was hurt or arrested. No one got sick or died (at least not from marijuana consumption). The sky did not fall. One might not have noticed at all, had not members of Congress from far-off jurisdictions threatened to jail our mayor and council and bully the residents of the nation’s capital into submission to their will.

Congress is doing its best to prevent D.C. from legalizing marijuana. As Yogi Berra might have said, “It’s like déjà vu all over again.” In 1998, the citizens of the District voted overwhelmingly to legalize marijuana for medical purposes. When Congress attempted and failed to halt that election, it blocked the counting of ballots. Once a judge ruled that the vote could be certified, Congress deployed the same tactics on display today to keep medical marijuana out of the hands of patients for 15 years. Finally, in 2013, D.C.’s medical-marijuana dispensaries opened. My family and I own and operate one of them, Takoma Wellness Center.

D.C.’s medical-marijuana law was blocked for 15 years. During that time, while Congress played politics with the lives of the citizens of the District of Columbia, tens of thousands of people suffered. Over that decade and a half, many of those people died.

For nearly 30 years, I served as a congregational rabbi. My rabbinate began in June 1981, on the same day the first case of AIDS was reported in the press. The beginning of my career coincided with the beginning of AIDS taking its heavy toll on humanity.

As a very liberal rabbi in a very conservative town, where stigma and acceptance became large HIV/AIDS issues, I found myself one of the few local clergy to work in support of people living with HIV and AIDS. I spoke at many meetings, visited many in the hospital, officiated at many funerals. There were years when hardly a day went by without AIDS issues on the agenda.

My family and I had a very close and personal experience with marijuana as medicine. My late father-in-law Jules Reifkind had multiple sclerosis for more than 50 years. Of the many, many treatments he tried to help live with that condition, the one that really helped was marijuana.

One physician had suggested my father-in-law try it in the 1970s. He was dubious. It was illegal, after all, and he was a pretty conservative guy. But eventually he did … and the spasms noticeably eased. At the time I didn’t know that there was real medical science behind the reason marijuana helped, but I had seen the difference before and after. I know. I saw it with my own eyes.

AIDS is no longer the out-of-control epidemic it once was. And, like with AIDS, pharmaceuticals have made MS far more manageable over the decades. But just like AIDS at its worst, there are many, many conditions, diseases, symptoms and injuries that are best addressed by marijuana.

Our patients are small children with seizure disorders that prescription drugs don’t help. They are victims of violence and terror, combat vets and so many others living with postcombat stress. They are people living with the chronic pain that is the result of injuries, including gunshot-wound victims and automobile-accident survivors. They are folks dealing with the side effects of chemotherapy and prescribed medications, people living with neuropathic pain and fibromyalgia—the list is almost endless.

We see a lot of people who find marijuana far more effective and far less dangerous than the pharmaceutical medicines they have been prescribed. No wonder overdose deaths are significantly lower in medical-marijuana states. For those in chronic pain, marijuana is usually more effective and always safer than opioids.

Our medical-marijuana dispensary serves more than 100 people a day who, before they discovered marijuana, were suffering, helpless and hopeless. And now they are not. They have found relief. They have hope. Medical marijuana has made a difference in their lives.

Congress has a very big agenda with a lot of important things to do. Congressmen Jason Chaffetz, Mark Meadows and Andy Harris have constituents in Utah, North Carolina and Maryland who deserve their full attention. The tactics we’ve seen employed this week are sadly reminiscent of those used to delay the legalization of medical marijuana. The time to delay has passed. We’ve legalized marijuana in the District of Columbia. The sky didn’t fall. I know—I saw it with my own eyes. 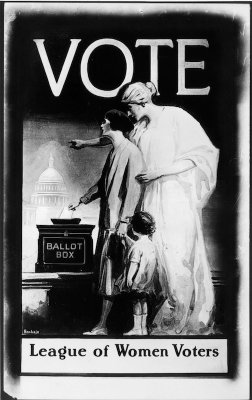 How a Little-Known Supreme Court Case Got Women the Right to Vote
Next Up: Editor's Pick