Rand Paul took the stage like a conquering hero Friday, his shirtsleeves rolled, his regular laconic manner turned fiery. The audience stacked with young libertarians gave him a standing ovation. But Paul, who became the reigning prince of the Conservative Political Action Conference partly by preaching his signature brand of non-interventionist foreign policy, had a new twist in his stump speech.

Paul tamped down his famous skepticism of military adventures, and replaced it with the more conventionally muscular rhetoric of Cold War conservatism. “Without question, we must now defend ourselves and American interests,” he said, in comments about the fighters with the Islamic State of Iraq and Greater Syria (ISIS). When it came to the question of federal spending, he added, “for me, the priority is always national defense.”

Paul was hardly the only presumptive presidential candidate to focus on the perils brewing abroad. The annual confab of conservative activists, held this week outside Washington, has showcased the Republican Party’s new embrace of its old hawkish foreign policy. It’s a dramatic shift from recent years, when CPAC has been a forum for the party to air its grievances about the sprawling U.S. surveillance state. But for the past two days, speaker after speaker has sought to demonstrate their steeliness, earning reliable cheers by taunting ISIS and slamming President Obama for seeking a deal with Iran while snubbing Israeli Prime Minister Benjamin Netanyahu.

Likely 2016 candidates, from Marco Rubio and Ted Cruz to Scott Walker and Carly Fiorina, all roused the crowd by promising a tougher brand of foreign policy than the one practiced by Obama and presumptive Democratic nominee Hillary Clinton. Former Senator Rick Santorum, the runner-up for the Republican nomination in 2012, called for 10,000 U.S. ground troops in the middle to battle ISIS and urged “bombing them back to the seventh century.”

This view is increasingly popular within the party. A mid-February poll conducted by CBS News found that 72% of Republicans favor sending U.S. ground troops into Iraq or Syria to fight ISIS militants, an increase of seven percentage points since only October. That leap comes as the issue replaces the brightening economy at the top of newscasts.

According to aides to several candidates, the increased focus on foreign policy in stump speeches reflects increasing public concern as well as the belief among several campaigns that Republicans will have an edge with voters on security issues in a race against Clinton.

“Folks are getting beheaded over there,” says an adviser to one likely candidate. “People are seeing the failure of this president’s foreign policy on TV every day.”

The shifting political winds have heartened the hawkish groups who watched the GOP’s isolationist turn—and Paul’s rise—with alarm. “Rand and his acolytes hoped that if we left the world alone, the world would leave us alone. But experience is a cruel teacher, and beheadings and Iranian nukes focus the mind,” says Noah Pollak, the executive director of the Emergency Committee for Israel. “To their credit, many of the conservatives who flirted with the Rand and Obama foreign policy are changing their minds after seeing what happens when America withdraws from the world.”

The view was a popular one at an event that is a revealing—if imperfect—glimpse of the GOP’s current zeitgeist. “National security issues must be at the center of the 2016 presidential debate,” former U.N. Ambassador John Bolton declared onstage, and it seemed few of his potential rivals for the nomination disagreed.

Fiorina blistered Obama and Clinton for dithering: “While you seek moral equivalence,” she said, “the world waits for moral clarity and American leadership.” Walker, who has risen in the early primary polls by positioning himself as a conservative fighter, suggested he would take an aggressive stance on foreign policy. “If I can take on 100,000 protesters, I can do the same across the world,” Walker said. (A spokeswoman for Walker’s political-action committee later clarified that the governor was “in no way comparing any American citizen to ISIS.”)

But it was Paul, who was most notable for having freshened his message. Back in 2011, he came to CPAC to call for cuts in military spending. “If you refuse to acknowledge that there’s any waste can be culled from the military budget, you are a big-government conservative and can you not lay claim to balancing the budget,” he said. This year he claimed “a foreign policy that encourages stability, not chaos.” His many fans here say they still believe his more restrained approach will bear political fruit. Daniel Jenkins, a 28-year old Iraq veteran and Paul supporter at Charlotte School of Law, says the senator’s foreign policy will have broad appeal in the general election. “It may not be the strongest point here among these conservatives,” Jenkins says, “but I think with Independents and in the big picture, it’ll catch on.”

CPAC is still Paul’s crowd, rippling with the young libertarians who form a cornerstone of his base. And the two-time defending champ of CPAC’s symbolic straw poll is likely to make it a three-peat when the event wraps up Saturday evening. But the annual confab has also signaled the challenges that lie ahead for the Kentucky Republican.

With reporting by Sam Frizell 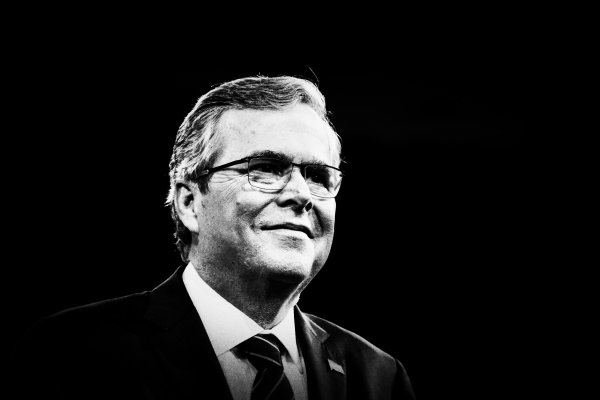