News of the death of actor Leonard Nimoy will invariably mention the role for which he was most famous, that of Spock on Star Trek. Nimoy and Spock have been mentioned in the same breath for almost exactly 50 years now, and that’s also as long as he has been loved for the role, even when he wasn’t actively involved in a Star Trek project (and even despite calling his first autobiography I Am Not Spock). In fact, the actor’s very first mention in the pages of TIME was in a 1975 article about how the show’s fan culture had picked up after the cancellation of the original series.

But that pairing of actor and role almost didn’t happen.

As TIME recounted in a 1994 cover story about Star Trek (around the time of Star Trek: Generations, the franchise’s seventh feature film, in which Nimoy did not appear), a lot of the original series’ DNA was added after the 1964 pilot displeased executives at NBC, who requested that the casting be changed up before the show went to production—including Spock, who had been played by Nimoy since the beginning. Thankfully, Gene Roddenberry stepped in to plead Nimoy’s case, and the network was convinced to keep him around.

In a tragic twist, the network also requested that Spock smoke a “space cigarette” in order to please a tobacco company that was one of the show’s sponsors. Roddenberry was able to intervene on that point as well, and surely Spock would approve: Nimoy, who died as a result of lung disease, last year urged his fans to quit smoking. 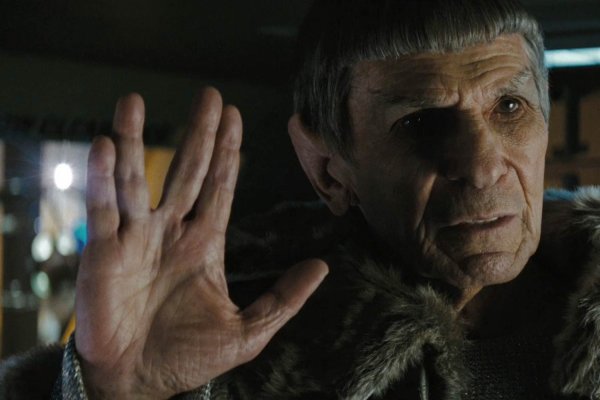