Leonard Nimoy, Who Played Spock on Star Trek, Dies at 83

Leonard Nimoy, the actor who played Spock on Star Trek, died Friday. He was 83 and had lung disease, and his family confirmed his death.

Nimoy was most famous for his role as the Vulcan Spock on the Star Trek TV show in 1966. He would also later appear in J.J Abrams’ Star Trek reboot movies.

“I loved him like a brother,” William Shatner, who starred in Star Trek alongside Nimoy as Captain Kirk, said in a statement. “We will all miss his humor, his talent, and his capacity to love.”

Nimoy announced he had chronic obstructive pulmonary disease, or COPD, on Twitter a little over a year ago. He urged fans to quit smoking immediately, so they wouldn’t get sick as well. He signed all his tweets with “LLAP,” an abbreviation of “live long and prosper,” his signature Star Trek line.

But Star Trek wasn’t Nimoy’s only claim to fame. He was also a prolific poet and photographer, and performed onstage as Tevye in ‘Fiddler on the Roof,’ and directed numerous movies including the 1987 comedy Three Men and a Baby. He was also nominated for an Emmy for his role as Golda Meir’s husband in the 1982 movie A Woman Called Golda.

“He was a true force of strength and his character was that of a champion,” Nichelle Nichols, who played Uhura on Star Trek, said in a statement. “Leonard’s integrity and passion as an actor and devotion to his craft helped transport Star Trek into television history. His vision and heart are bigger than the universe.”

Nimoy once said in an interview that the famous split-finger Vulcan salute was his idea, inspired by gestures made during Jewish religious ceremonies (he was an observant Jew.)

“He affected the lives of many,” his son Adam Nimoy told the Associated Press. “He was also a great guy and my best friend.”

“In Spock, I finally found the best of both worlds: to be widely accepted in public approval and yet be able to continue to play the insulated alien through the Vulcan character,” he once wrote of playing the role. 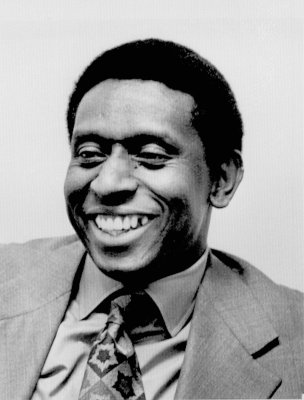 First Black NBA Player Passes Away
Next Up: Editor's Pick