For the politicians speaking at the Conservative Political Action Conference near Washington this week, it’s usually pretty easy to give the grassroots audience the red meat it craves. Abortion? Against it! Taxes? Lower them! Obama? Don’t like him!

But one hot-button issue was trickier than usual for some of the politicians, especially the governors who are likely to run for president in 2016: Common Core.

With one notable exception, the speakers at CPAC were against the state education standards, saying they hurt local control of education and took the power from parents and teachers.

On Thursday, Louisiana Gov. Bobby Jindal demanded the immediate repeal of Common Core. That same day, Ben Carson, the neurosurgeon-cum-presidential hopeful, slammed it for eliminating parental choice, while Florida Sen. Marco Rubio and Texas Sen. Ted Cruz questioned the conservative credentials of anyone who doesn’t actively attempt to dismantle the program. “If a candidate says they oppose Common Core, fantastic,” said Cruz. “[But] when have they stood up and fought against it?”

That was all well and good–anti-Common Core lines tend to earn hoots and applause from the grassroots—but whenever the questioning on Common Core probed ever so slightly deeper, everyone seemed to cringe.

That’s because, just three years ago, the majority of Republican politicians—including Govs. Walker, Jindal, Christie and Jeb Bush—not only supported the implementation of Common Core, they outright championed it. In early 2011, 40 states, including nearly all Republican-led ones, voluntarily signed on to the shared standards. In the next two years, five more followed suit.

In 2011, Walker included Common Core in his first state budget, explicitly instructing the state education chief to come up with a Common Core-aligned state test for Wisconsin kids.

In 2012, Jindal told a crowd of business leaders that Common Core “will raise expectations for every child.”

In 2013, Christie told a crowd of educators that he was sticking with Common Core regardless of the “knee-jerk reaction that is happening in Washington” among Republicans who will simply disagree with anything President Obama supports. “We are doing Common Core in New Jersey and we’re going to continue,” he said boldly.

But as the politics around the issue have shifted, driven largely by a grassroots base of Tea Party conservatives, all of them have tip-toed backwards, either distancing themselves or outright condemning the standards.

All of them, that is, except Jeb Bush.

The former Florida governor has, in the past two years, earned the ire of the conservative base by not only refusing to condemn Common Core, but by continuing to support it. That’s awkward.

Some at CPAC responded to this rift by ignoring it entirely. In a panel about Common Core on Thursday—entitled “Common Core: Rotten To The Core?”—a group of vehemently anti-Common Core educators simply avoided saying Bush’s name. “Entire Common Core panel at CPAC happened without mentioning the words ‘Jeb’ and ‘Bush,'” tweeted Igor Bobic, a politics editor at the Huffington Post.

But others, including Laura Ingraham, who has made no secret of her dislike for the former Florida governor, came at Bush swinging. This morning, the conservative radio host told the crowd that there really wasn’t any difference between Bush and potential Democratic nominee Hillary Clinton, citing the two politicians support for Common Core as among their similarities. “So I’m designing the bumper sticker,” she said. “It could be, Clush 2016: What difference does it make?” 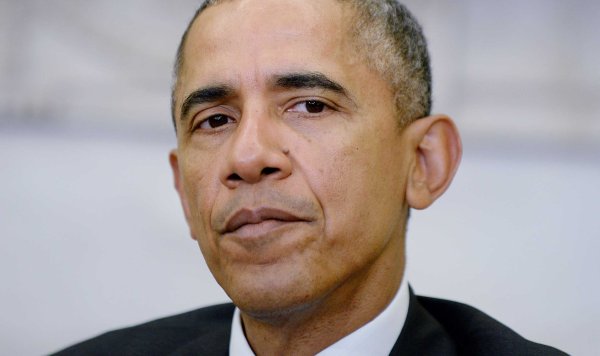