This week marks five years since First Lady Michelle Obama launched the Let’s Move campaign, which sought to reduce childhood obesity and get kids eating healthier. She’s taken aim at school lunches and encouraged more activity and water consumption. Now she wants more pushback on unhealthy-food advertisements aimed at kids — and celebrities are on board to help.

“If folks are going to pour money into marketing unhealthy foods,” she said at an event Thursday in Washington, “then let’s fight back with ads for healthy foods, right? Let’s do this.”

Obama spoke at the Partnership for a Healthier America Summit, where the organization announced the launch of FNV, a marketing campaign laser-focused on branding fruits and vegetables (hence the name “FNV”) as cool to youth. The Partnership for a Healthier America, known as PHA, was created in conjunction with the First Lady’s Let’s Move campaign in 2010, though the organization is independent from the White House.

“FNV was inspired by big consumer brands, whose tactics are relentless, compelling, catchy and drive an emotional connection with their products,” said PHA CEO Lawrence A. Soler in a statement. “We want to do the same thing for fruits and veggies, which have never had an opportunity to act like a big brand. Until now.” 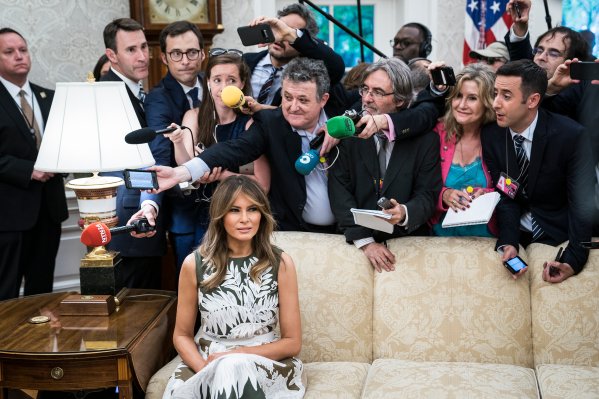