Russian President Vladimir Putin saw his approval ratings tick up to 86% even as the economy reels from Western sanctions and falling oil prices.

Putin’s approval numbers have soared nearly twenty points since early 2014, when Russia seized Crimea and sent relations with the West tumbling to the lowest levels since the end of the Cold War. His ratings reached a high of 87% in August.

The high ratings come even as the Russian economy faces recession. The ruble has lost nearly half of its value in the past twelve months, and the government expects the economy to shrink 3 percent this year, the first drop since 2009.

It can be hard to tell how reliable polling numbers are in Russia, though Levada is considered the most dependable. It’s likely though that Putin’s showdown with the West has won him fresh support amid a surge in nationalism — and the Russian media’s positive spin on everything Putin may have also helped boost his popularity. 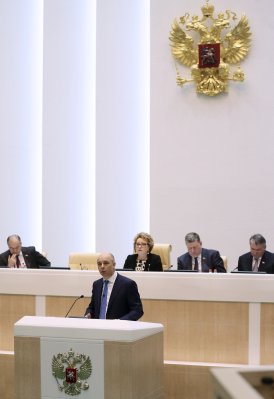 Russia Says It Would Consider Financial Help for Greece
Next Up: Editor's Pick