The Other Reason Cable Companies Are Sad Today

The Federal Communication Commission earned a lot of ink today for its historic vote approving the strongest possible new net neutrality rules, a move that the cable and telecom industry has described as disastrous.

But just before that much-publicized vote was another, quieter one—one that has to do with municipal broadband rules. With that vote, the FCC approved two Southern cities’ petition to extend their publicly funded Internet services to nearby areas. The cable and telecom industry isn’t so happy about that move, either.

Like the 3-2 vote on the new net neutrality rules, FCC’s decision on municipal broadband was strongly opposed by industry groups, which have spent millions lobbying for the opposite result, and ended up breaking down on party lines—with three Democrats in favor and two Republicans against.

But advocates and critics say it’s actually much bigger than that.

Organizations in favor of the FCC’s vote say it sets a powerful precedent for other cities that want to offer publicly-funded broadband networks to their citizens, but can’t because of state laws banning local governments from building or owning broadband services.

“[A]llowing communities to be the owners and stewards of their own broadband networks is a watershed moment that will serve as a check against the worst abuses of the cable monopoly for decades to come,” wrote Christopher Mitchell, the Director of Community Broadband Networks at the Institute for Local Self-Reliance, in a press release.

Meanwhile, organizations opposed to the FCC’s vote say it’s an effort to unlawfully expand the agency’s authority, since it attempts to preempt state laws. Lawrence J. Spiwak, the president of the Phoenix Center for Advanced Legal and Economic Public Policy Studies, says it’s a pointless battle, since the issue has already been litigated at the Supreme Court.

Both of today’s big FCC decisions have been celebrated by public interest advocates and slammed by industry groups. But it’s not the end of line of either decision. Both the new net neutrality rules and the expansion of municipal broadband are expected to be challenged in court before the year is out. 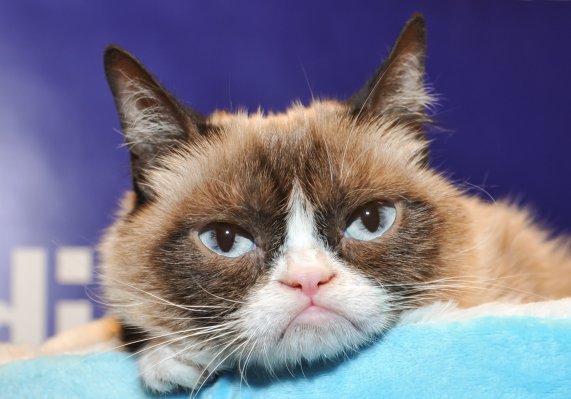 Grumpy Cat Grounded By Blizzard
Next Up: Editor's Pick